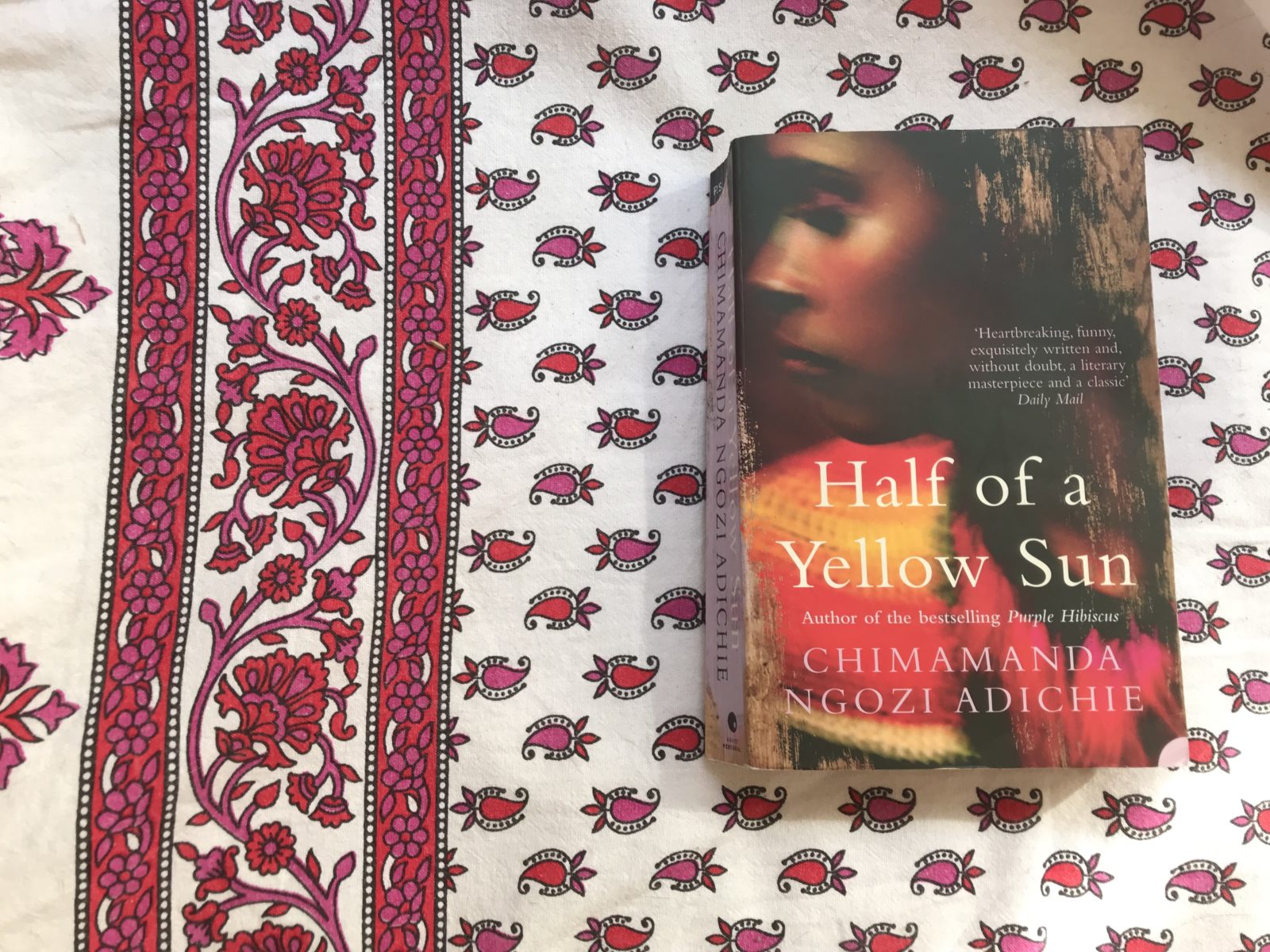 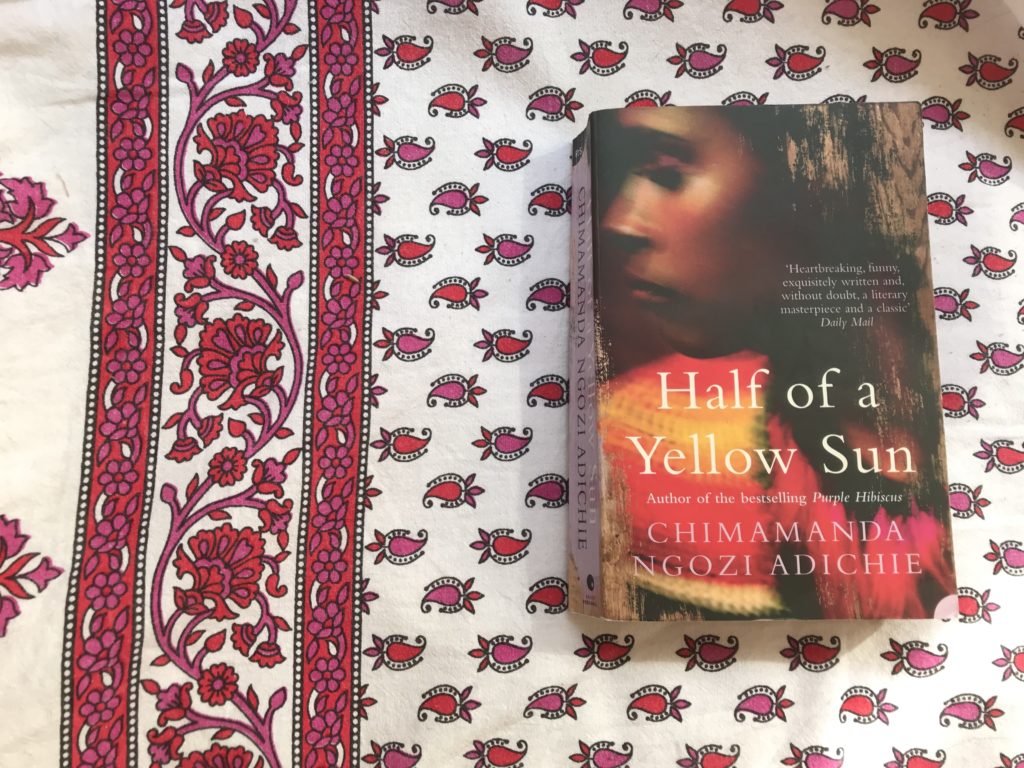 First of all, right off the bat, if you haven’t read anything by Adichie, read something, anything NOW. She is amazing. I loved this novel, and also the other novel I’ve read by her, Americanah. If her name sounds familiar to you, she also did a Ted Talk a while back called “We Should All Be Feminists”, which was also turned into a book-length essay. Yas Queen.

Adichie was born in Nigeria and grew up in the university town of Nsukka, which features prominently in her writing, as does the history of Nigeria, especially in Half of a Yellow Sun. This novel follows the Nigerian Civil War, also known as the Biafran War, during the years 1967-70, in which the Igbo majority fought to have their own country, and lost. It is told through several perspectives, including twin sisters born to a wealthy Igbo family, one of the sister’s houseboys, and the other sister’s boyfriend, a British national. The stark differences in viewpoint provide a comprehensive examination of the war and the effects it had on the Igbo people. Adichie’s style of writing pulls the reader in, and the eyes flow effortlessly down the page. I especially love novels like these, that give me such an opportunity to learn, because I knew nothing about the Nigerian Civil War, and everything I know about Nigeria in general comes from Adichie’s rich stories.

Half of a Yellow Sun is her second novel, with both her first novel, Purple Hibiscus, and her third novel, Americanah, being shortlisted for the Women’s Prize for Fiction. She began her university studies in Nigeria, and finished them in the U.S., where awareness about the color of her skin led her to write about racism in her novel I previously mentioned, Americanah. In addition to novels she also writes short stories, poetry, and plays.

She has been awarded a MacArthur fellowship in addition to the many prizes her writing has won, including the Hurston-Wright Legacy Award, the Commonwealth Writers’ Prize, the Anisfield-Wolf Book Award, the Chicago Tribune Heartland Prize, and the PEN Pinter Prize. In 2017, she was inducted into the American Academy of Arts and Sciences. She cites Chinua Achebe as one of her main sources of inspiration.

Upon finishing this book, I am officially half way through the list of Women’s Prize for Fiction winners! Woo! So far, there have been 2 Canadian winners, 4 British winners, 4 American winners, 1 Australian winner, and 1 Nigerian winner. Three of them are women of color, so here’s to hoping that the second half of the list becomes more inclusive. When I think about the ideas presented in each of these novels, and try to draw comparisons or even choose some principal theme that they all have in common, I draw a blank. And I think that’s the point—what makes each of these novels so great is their ability to describe in intimate perfection their corner of the world. Diversity is what makes us great, and it is what makes us strong. Here’s to more of that in the second half of the list.