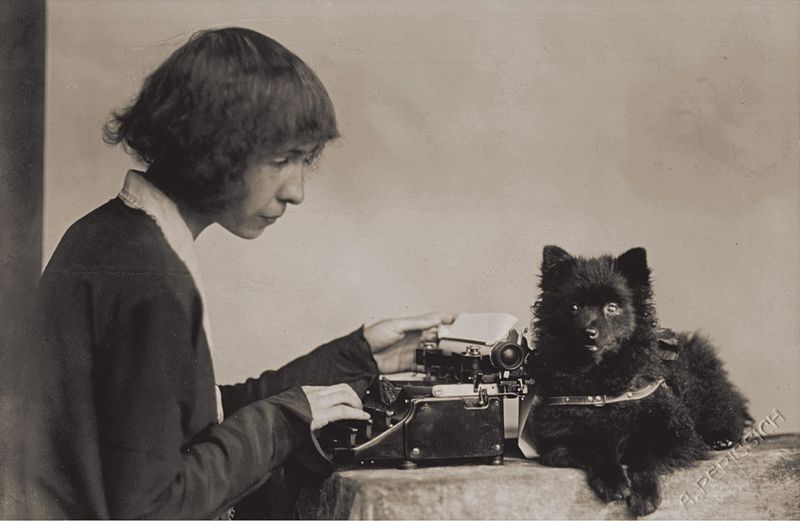 I discovered Alma Karlin when I traveled to Slovenia last May, and my friend and I went to the small city of Celje, where Alma was born. In the Regional Museum there was an exhibit documenting Alma’s life and travels—and boy, did she travel.

Born in the late 1880s, she studied French and English as a child, and then lived in London where she added Latin, Italian, Norwegian, Danish, Finnish, Russian, and Spanish to her repertoire. She also studied Persian, Chinese, and Japanese later on. She is perhaps most famous for her nine-year solo journey around the world, which she funded entirely herself through her writing and translation. In those times it was rare to travel, and even rarer still to travel solo as a woman. But Alma did it, and through many sicknesses, including malaria and dysentery, and money troubles, during which she had to settle down for a while and write in order to earn more money, she traveled to over 20 countries.

Her itinerary began in Italy, where she traveled to Panama and Peru, and then continued to Nicaragua, Costa Rica, Guatemala and Mexico. She then went to the mainland U.S., and left from Hawaii to go to Japan, Korea, China, Taiwan, and Hong Kong. From there she continued on to Oceania via the Polynesian archipelago, and then to India before returning to Slovenia. 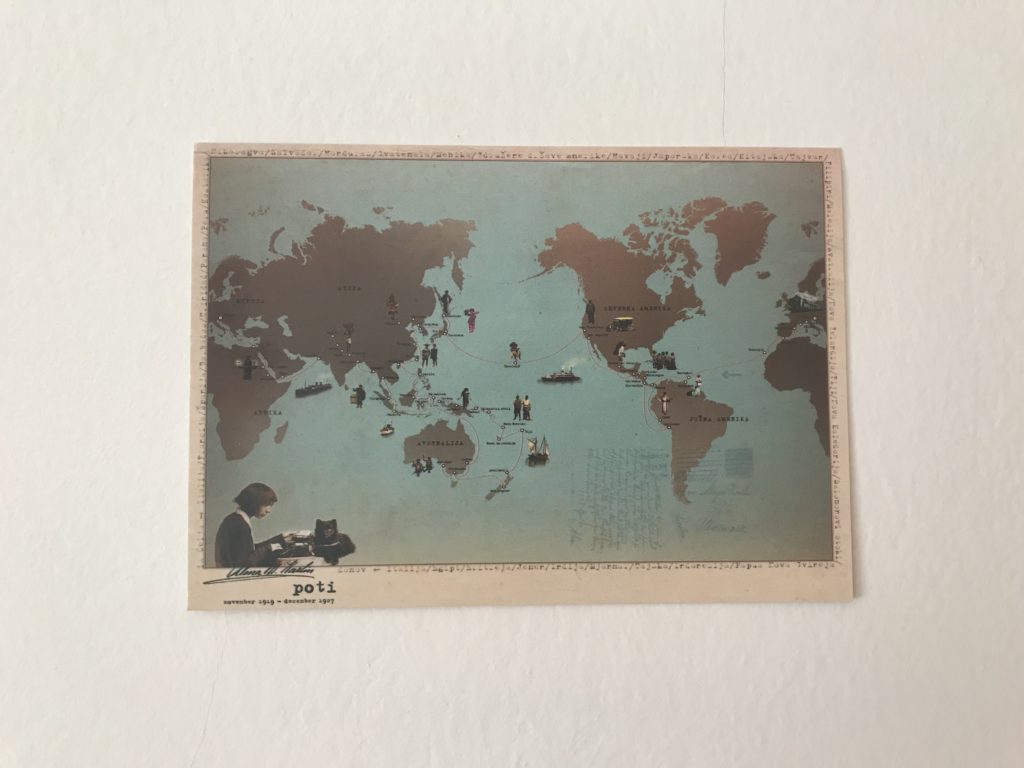 During her travels she sent home numerous collections of ethnographic objects and postcards, and these, along with her writings, can be found in the Celje Regional Museum. She was the author of many articles and narrative works, and her extraordinary adventures, undertaken by so few people, and even less women, are commemorated in a fascinating exhibition that she originally prepared herself, before donating her legacy to the museum.

The pamphlet from the museum featured this quote from her, talking about gender roles and expectations, and her defiance of them, which is still relevant today: “I’m a being of female sex. If I were to say that I’m a woman, people would immediately be tempted to think that I’m burdened with a marital ‘other’, but I roam about on my own like some hermit crab; besides, they might ascribe to me specific feminine charms, which I don’t have. I’m not particularly broad or particularly tall, and my exterior has nothing worth mentioning. That’s probably true of my interior as well, but since everybody is inclined to see himself in a good light and because ‘know thyself’ is one of the mist difficult skills of living, I flatter myself that I know how to write. A person must have at least one illusion! And this illusion is also the reason for my journey around the world.”

Alma is also remembered in a statue in Celje’s town center, and is buried in the village of Pečovnik near Celje.