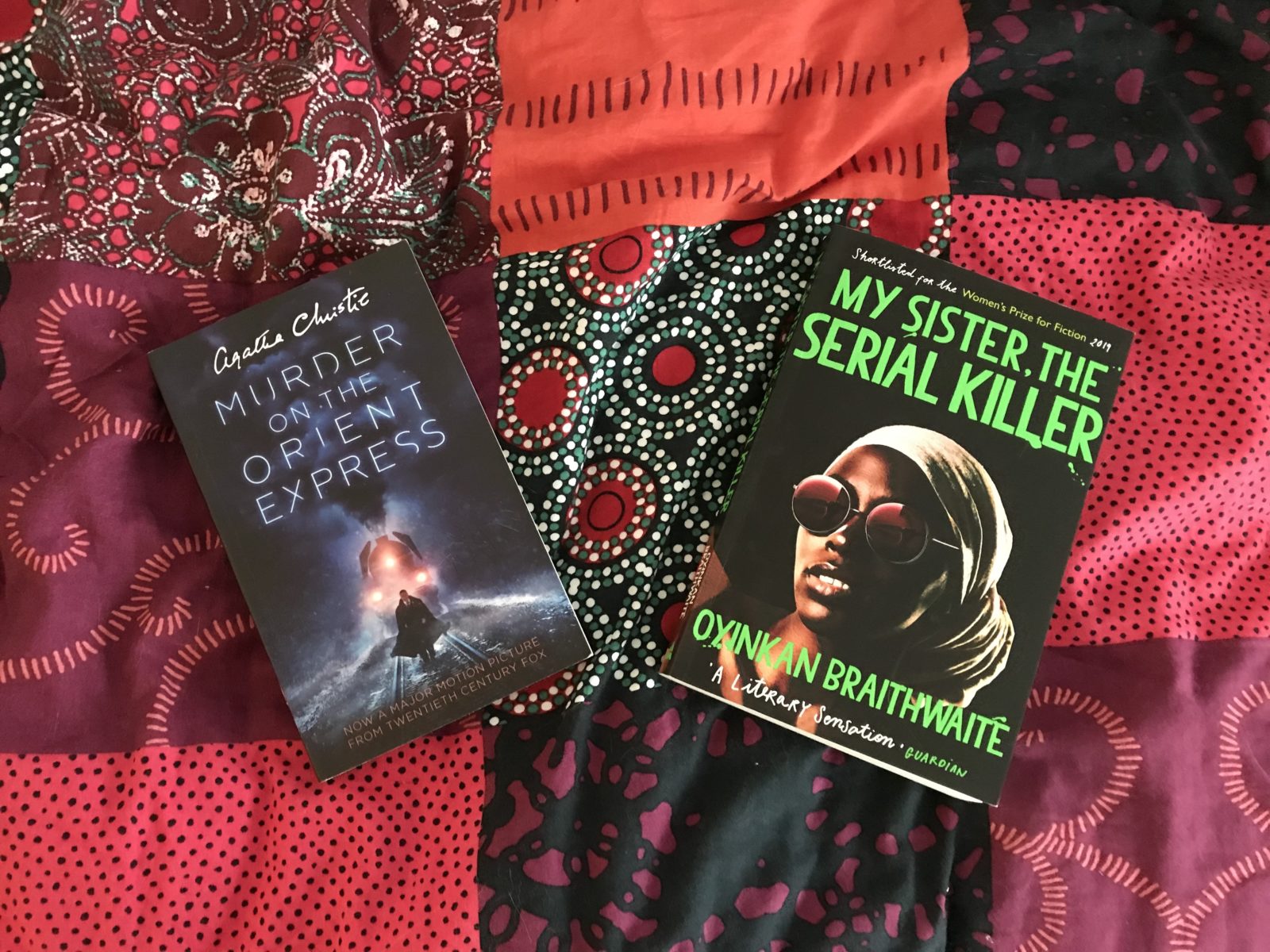 If you couldn’t tell from the titles, the theme this week is murder. My mom and I have started our own little book club, and the first book we read was Christie’s classic murder mystery about a death on the Orient Express. In the novel, the train gets stuck in a snowdrift in Yugoslavia, and shortly after stopping, a dead body is discovered in one of the sleeper cabins. Given that no one could escape with the snow all around, the detective on board decides that one of the passengers has committed the murder, and is determined to discover who it was. This novel was written in the 1930s, and Christie wrote over 200 novels, plays, and short stories, and is one of the best selling authors in the world, ever, before her death in 1976. Her books have sold over 2 billion copies. I could write a whole post just about her—she had an amazingly interesting life, filled with adventure. Definitely a future Badass-in-waiting 😉

Braithwaite’s first novel takes place in Lagos, where two sisters—one responsible, one not—are playing a dangerously perilous game. The not responsible sister (obviously, ha) has taken to murdering the men she becomes involved with, and the responsible sister (obviously again, ha) helps her clean up the mess. But when the sister becomes involved with the man the other sister is in love with, chaos ensues. Not only is this novel a page-turner, but the style of writing and the short chapters draw you in—I read the novel in just two days. My Sister, the Serial Killer was shortlisted for the Women’s Prize for Fiction in 2019 and longlisted for the Booker Prize in the same year. Braithwaite was born in Lagos and spent most of her childhood and university years in the UK, before returning to Lagos to work in a publishing house.