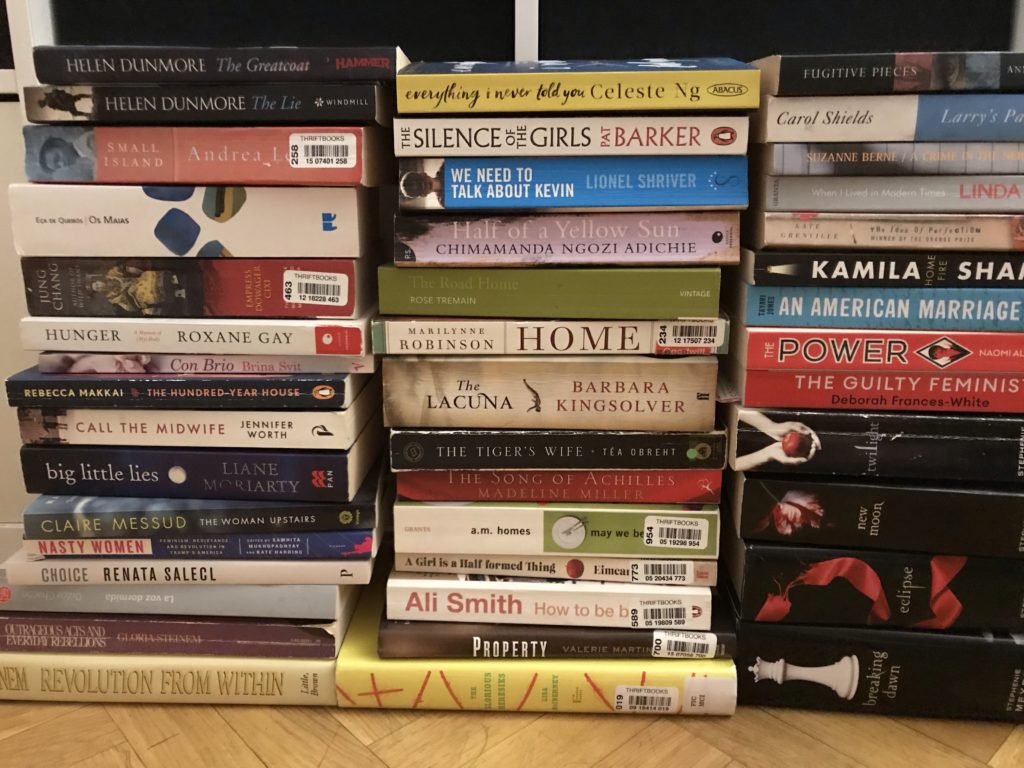 These were my last two reads of 2020, after I had finished reading the Women’s Prize for Fiction list, and they were both amazing in their own right. Also, the above picture is of all the books I read in 2019, minus a few that are missing!

Everything I Never Told You, Celeste Ng 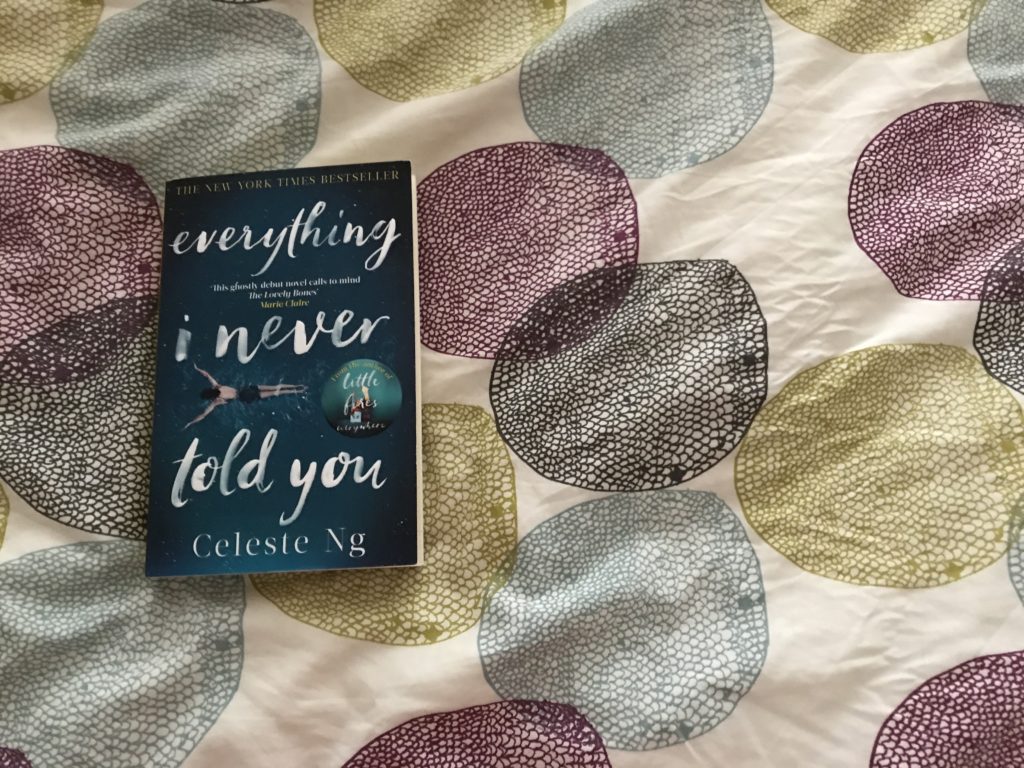 On one hand the story of a second-generation Chinese man who always tried to assimilate into American culture, and on the other the story of his daughter, who tried and ultimately failed) to exceed her parents’ hopes and expectations for her, “Everything I Never Told You” is as unique as it is versatile. I raced through this book in two days, because even though you know how it ends from the very first line—the daughter’s body has been found at the bottom of the lake—you don’t really know how it ends, or how her death unravels each family member in a distinct way. I am excited to read Celeste Ng’s second book as well, Little Fires Everywhere, as I see Reese Witherspoon’s production company Hello Sunshine has chosen to adapt it into a miniseries. Yay!

The Silence of the Girls, Pat Barker

After reading The Song of Achilles, which won the Women’s Prize in 2012, I was hooked on ancient Greek culture retold in this modern way. (I have Circe waiting to be read here in my apartment as well, believe me!) The Silence of the Girls retells the story of Briseis, transforming her from a secondary character in Achilles’ story, captured by him and made his slave, to the owner of her own story and thus the protagonist. This novel was shortlisted for the Women’s Prize as well as the Costa Novel Award, and when compared with The Song of Achilles, one can see why. It is still a compelling read, detailing the side of history often lost in men’s retellings, but only tells the first part of Briseis’s story, and one can presume the least interesting half. In addition, about half of the novel is still told from Achilles’s perspective. Necessary, maybe, but also slightly irksome when readers were promised the “very different tale” that was Briseis’s.