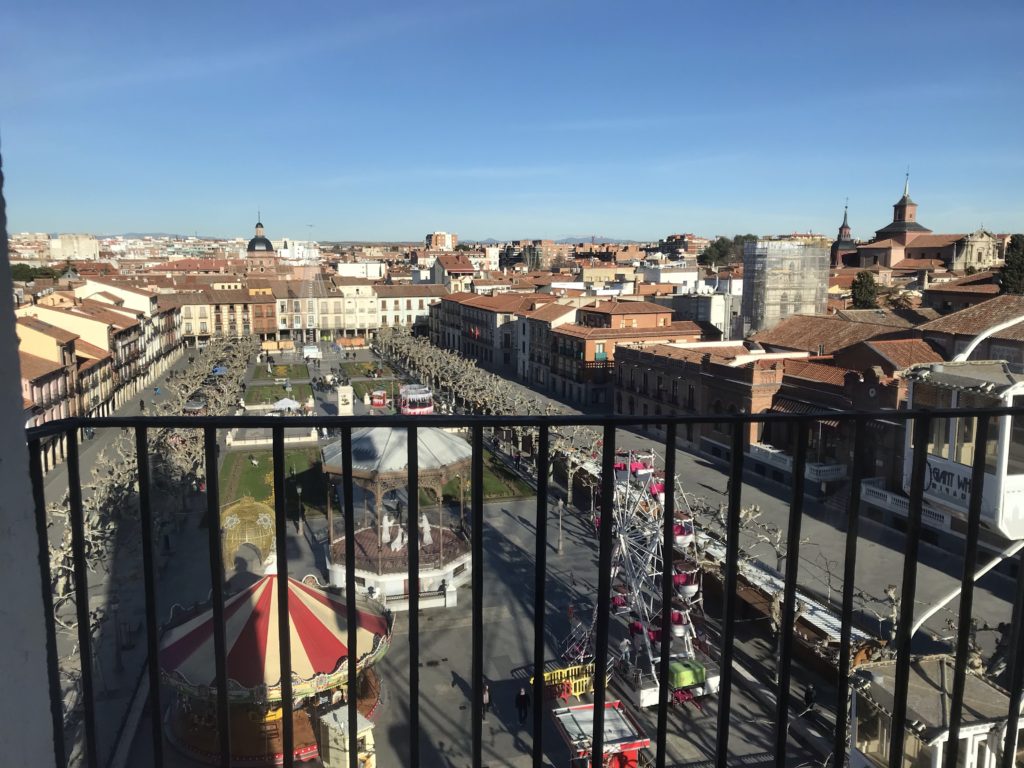 For our second anniversary, my husband and I went to Alcalá de Henares for a long weekend, a city near Madrid whose claim to fame is the birthplace of Cervantes, one of Spain’s greatest writers and the author of Don Quijote. Although it is a city of nearly 200,000 people, it can easily be seen in a day, and you can take a second day for the surrounding area. 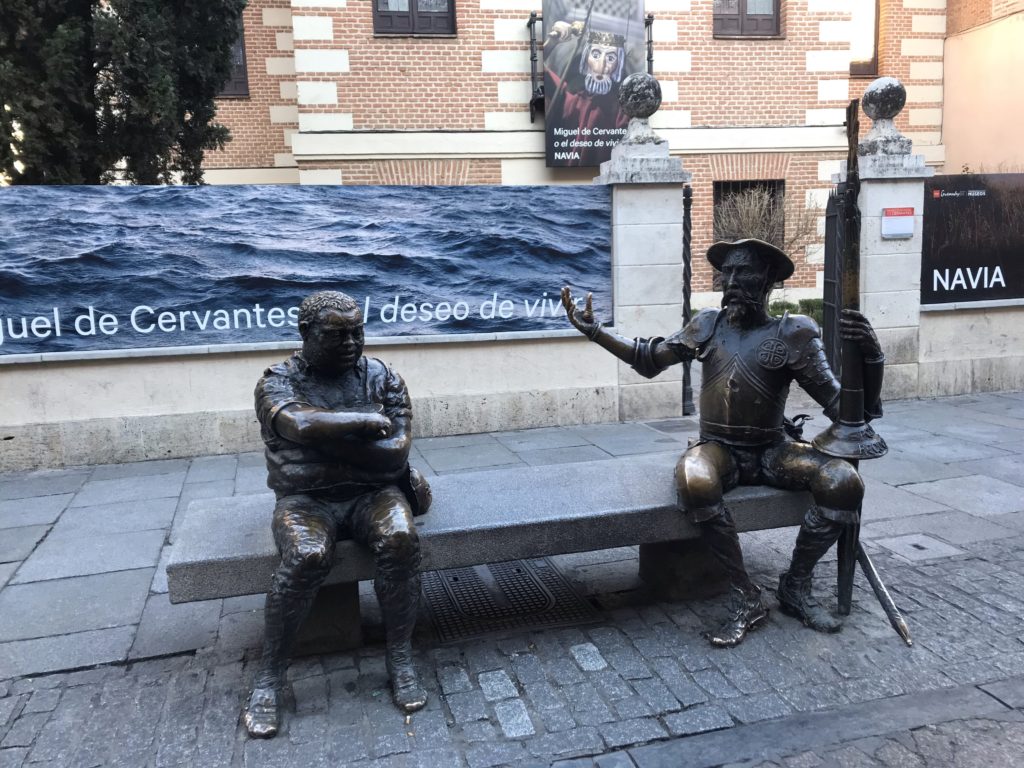 A natural starting point for exploration is the Casa Natal de Cervantes, or the home of Cervantes, which is where we started our day. However, Cervantes’ exact place of birth (aka which house, street, etc.) is unknown, and the city seems to have taken advantage of that to use one of the already existing buildings on Calle Mayor for this purpose, and a small museum with time pieces has been created. Therefore, the museum itself has little to do with Cervantes’ actual life, and we walked through in five minutes, pausing outside to take pictures with the statues of Quijote and Sancho Panza, his trusty sidekick. 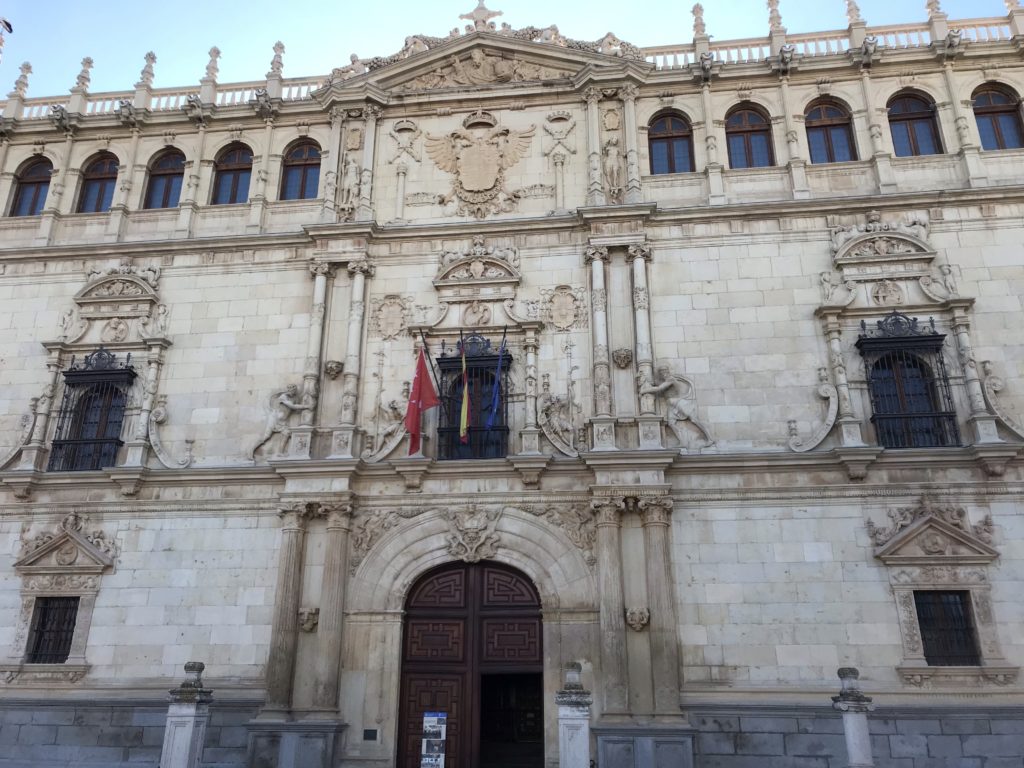 We continued on to the Plaza de Cervantes, which had tons of decorations and lights for Christmas, and also features the Torreón de Santa Ana, which although can be climbed, has no outside access so the view wasn’t so good. The Capilla del Oidor is also nearby and has a small exhibit on the life of Cervantes. Right next to the square is the university, which has an enormous four-story patio and whose main building has a beautiful façade.

Last up were the Palacete Laredo, known for its mudéjar architecture, hardly seen outside of Andalucía, and the cathedral. The best thing about all of these places is that they were all free or very cheap (re: 1 euro) to see. 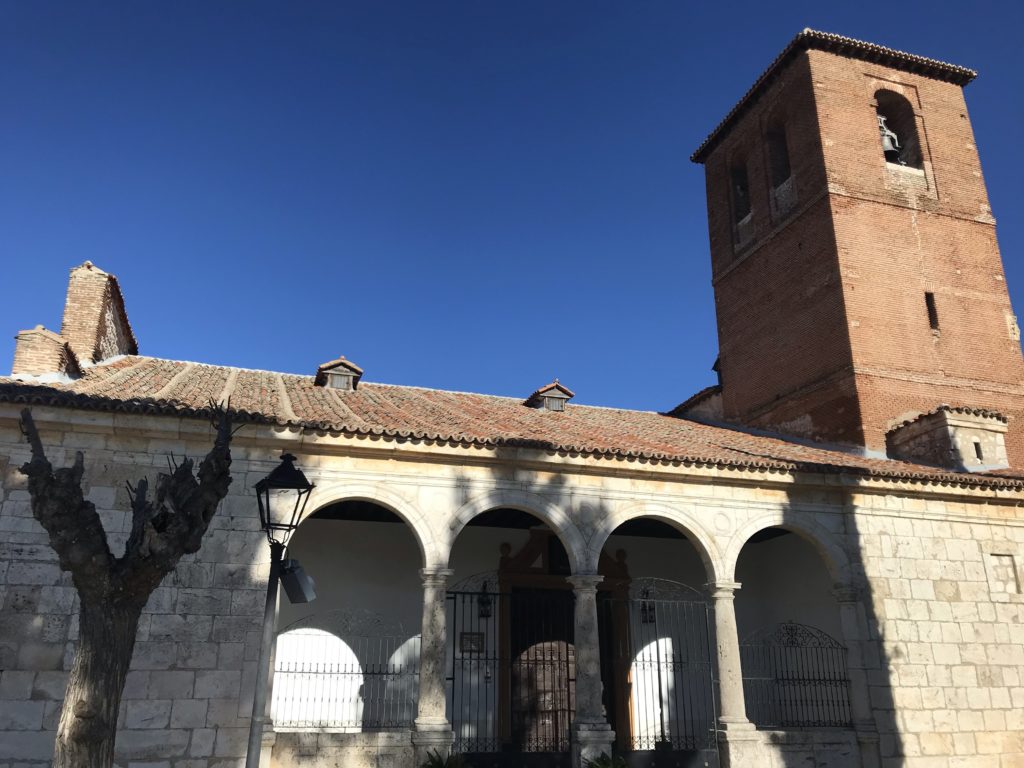 Now comes day two, which we unfortunately did not plan well for, but which could be an amazing day if you know what to bring! The ruins of the old castle of Alcalá are located on a hill outside of the city, and it is a nice 3 kilometer walk to the top, where I am sure there are spectacular views! Close by is another hiking option, Malvecino, which has strange rock formations. A nearby village to visit is Santorcaz which features the Castillo de la Torremocha, used as a prison in the past. 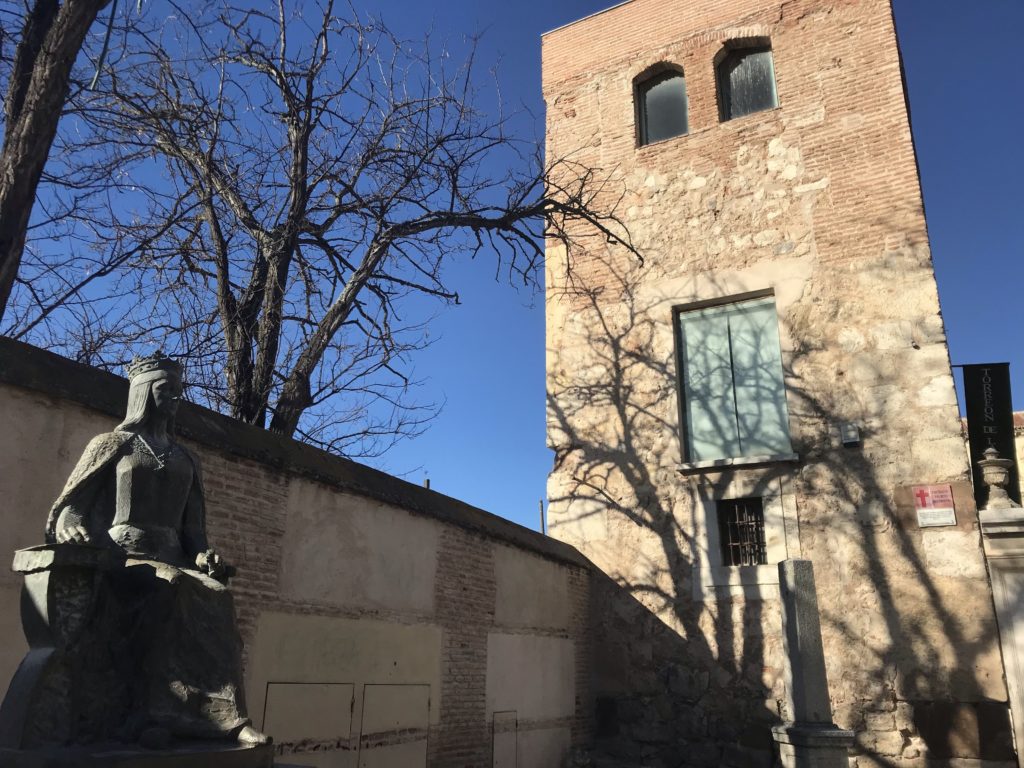 Alcalá de Henares is just one of the possible options for a day trip from Madrid (or for a trip all on its own of course!), including others such as Segovia, Toledo, Guadalajara, and Ciudad Real, which is the only one I have left to visit!