Louise Arner Boyd, often referred to as the “ice woman”, was not only an American explorer of the Arctic and Greenland, but also the first woman to fly over the North Pole. She possessed an adventurous spirit, traveling extensively through not only the U.S. but also Europe, in addition to her expeditions around Greenland and the Arctic.

Born into a comfortable lifestyle (aka rich!) in the late 1800s, Louise was not, however, unaccustomed to hardship—both of her older brothers died within a few a months of each other from heart disease when Louise was only a teenager. Soon afterwards, Louise and her parents began traveling to Europe regularly, and these voyages left a deep impact on Louise. Upon returning to the U.S., she traveled by train to Buffalo, NY, bought a car, and completed the first of many cross-country road trips she would take.

After her parents’ deaths within a year of one another, Louise inherited their estate, and this meant her complete freedom and independence to do whatever she wanted, a rare occurrence for women in these days. On a trip to Norway, she sailed around the Polar Ice Pack, and this first sighting turned out to be a determining factor on the rest of life’s traveling.

Numerous trips to the Arctic and Greenland followed, with Louise often captaining the ship herself and also taking scientific notes of the animals and plant life she came across. When Norwegian explorer Roald Amundsen went missing in the Arctic Ocean while searching for another missing explorer, Louise offered not only her ship but also her services to find him. Although she traveled over 10,000 miles searching, and did not end up finding him, the Norwegian government awarded her the Chevalier Cross of the Order of Saint Olav. Louise was the third woman, and first American, to receive the medal.

While chartering yearly expeditions to Greenland and the Arctic to record and photograph species of animals and plants thus undocumented, Louise was able to write and publish several books, including The Fiord Region of East Greenland, and continued her scientific and ethnic research on a trip through eastern Europe, including what is now Poland, Lithuania, Belarus, and Ukraine. This month-long trip also resulted in a book titled Polish Countrysides.

During World War II she donated her expertise and ships to the U.S. government, and held off publishing her final book, The Coast of Northeast Greenland, with Hydrographic Studies in the Greenland Sea, until after the war was over. Finally, in 1955, at the age of 68, Louise chartered a plane to fly over the North Pole, making her the fist woman to do so. She spent the rest of her life writing about her experiences.

Throughout her life, Louise received various awards and honorary degrees, including the Cullum Medal of the American Geographical Society (only the second woman to receive it), honorary law degrees from Mills College and the University of California, Berkeley, and was made an honorary member of the California Academy of Science.

Louise lived an amazing, adventurous life that is still inspiring travelers, especially women travelers, in the present day. Instead of living an easy life with the money she inherited, she used it to live her best life, and contributed to both scientific and cultural knowledge of countless corners of the world along the way. 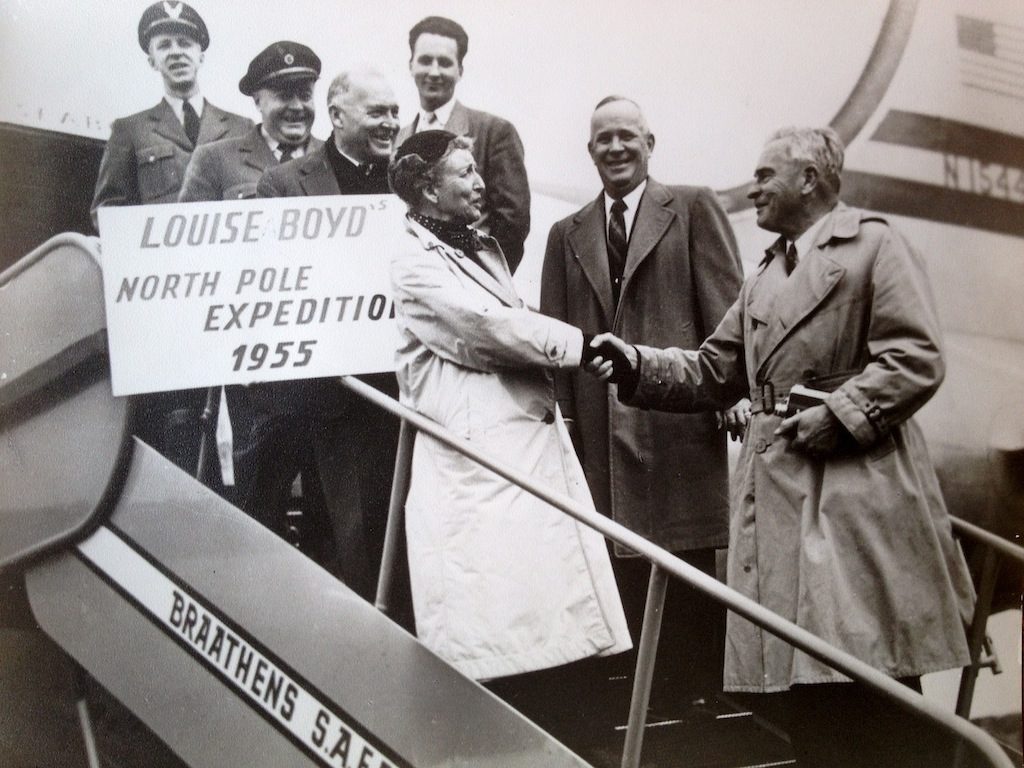