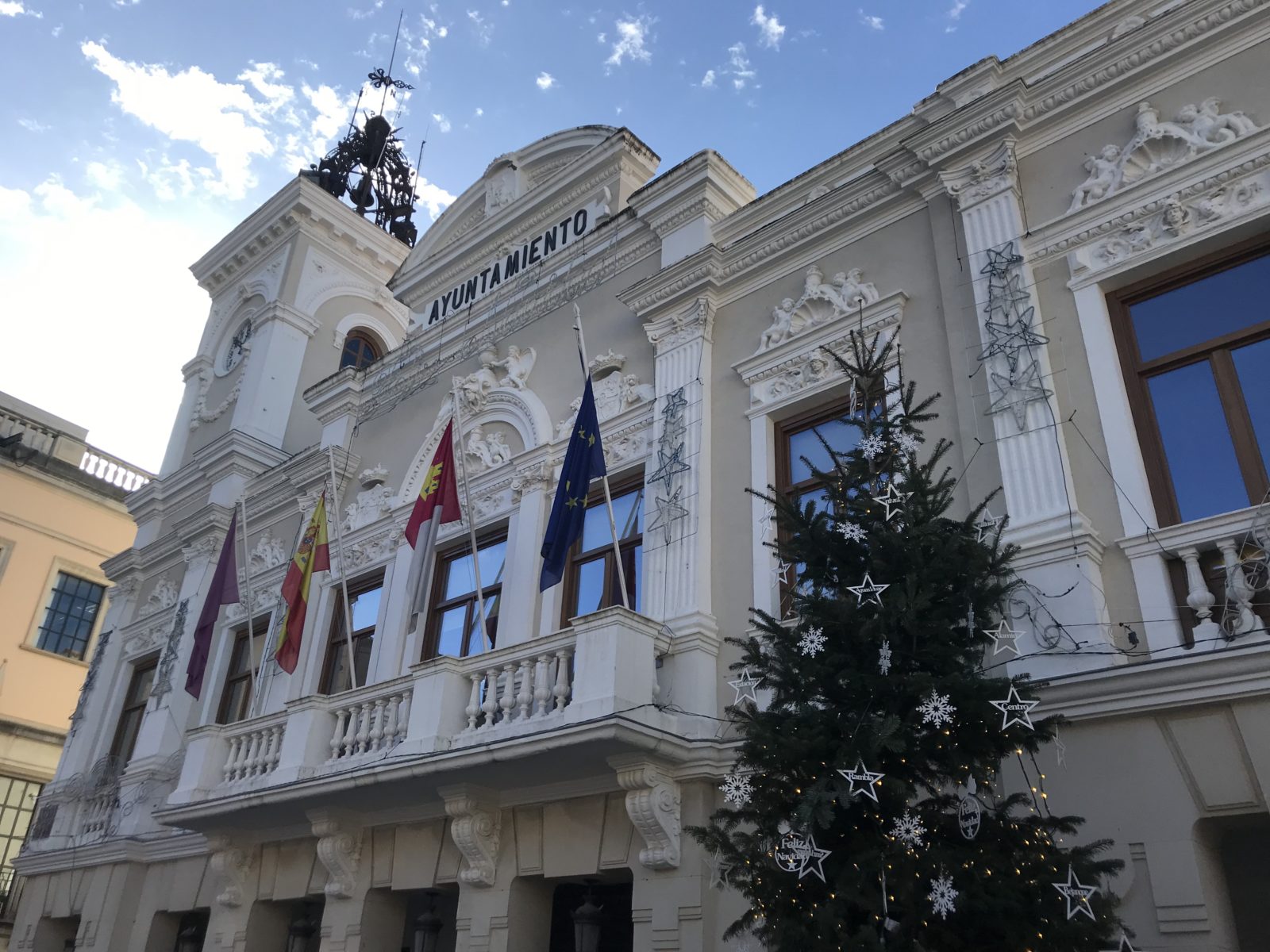 For our first anniversary, my husband and I decided to go on a short getaway—and it was difficult to pick where to go! One or both of us has been to most of the places close to us, so we had to look in a three-hour radius of where we hadn’t been, and settled on Guadalajara for one day and Sepúlveda and Cuéllar for the second. 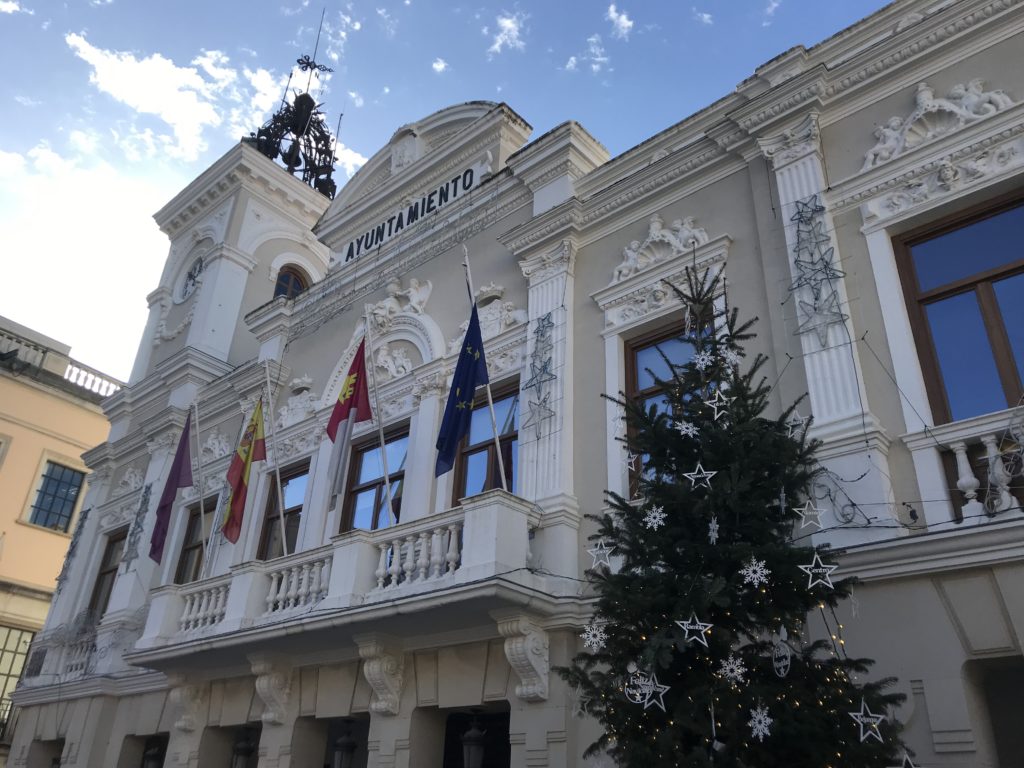 Certainly not as exciting as its Mexican counterpart, Guadalajara is located in western Castilla La Mancha, the lands of El Cid el Campeador, and is actually pretty close to Madrid; you can see it in the distance as you drive down. But unlike Madrid it is small (population: 90,000) and can easily be seen in a day. We started at the Convent of San Francisco, which had been restored by the Mendoza family as a final resting place and had to be restored once again after the Civil War. The original dragon frescoes painted on the ceiling are one of the only aspects that survived. 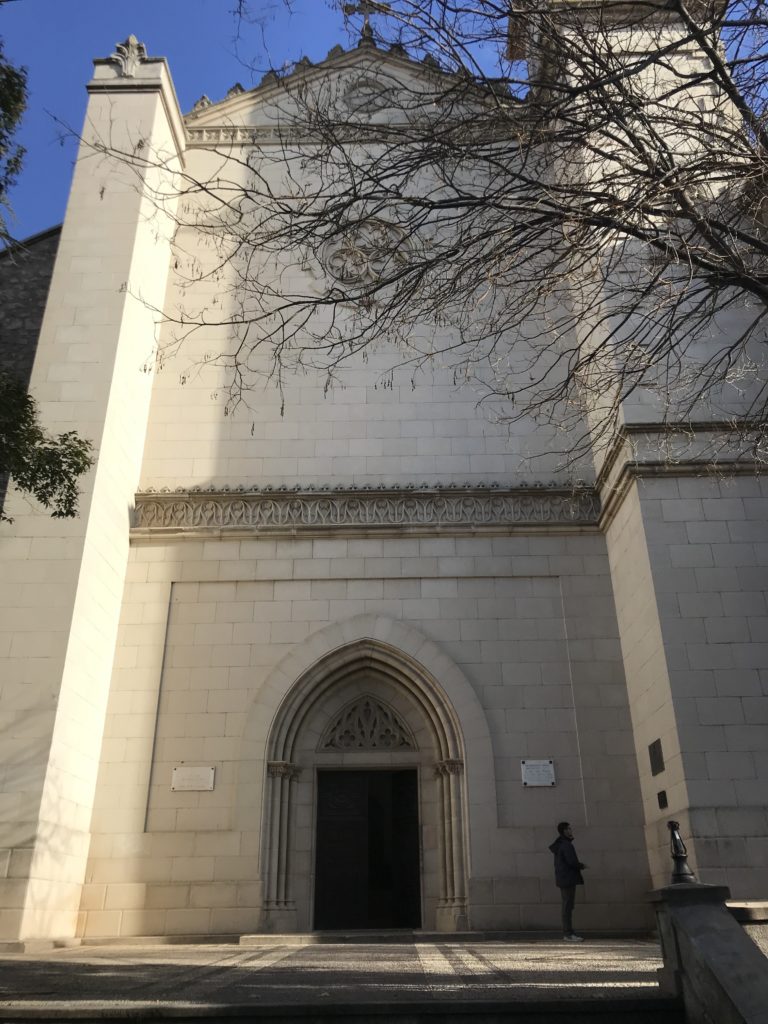 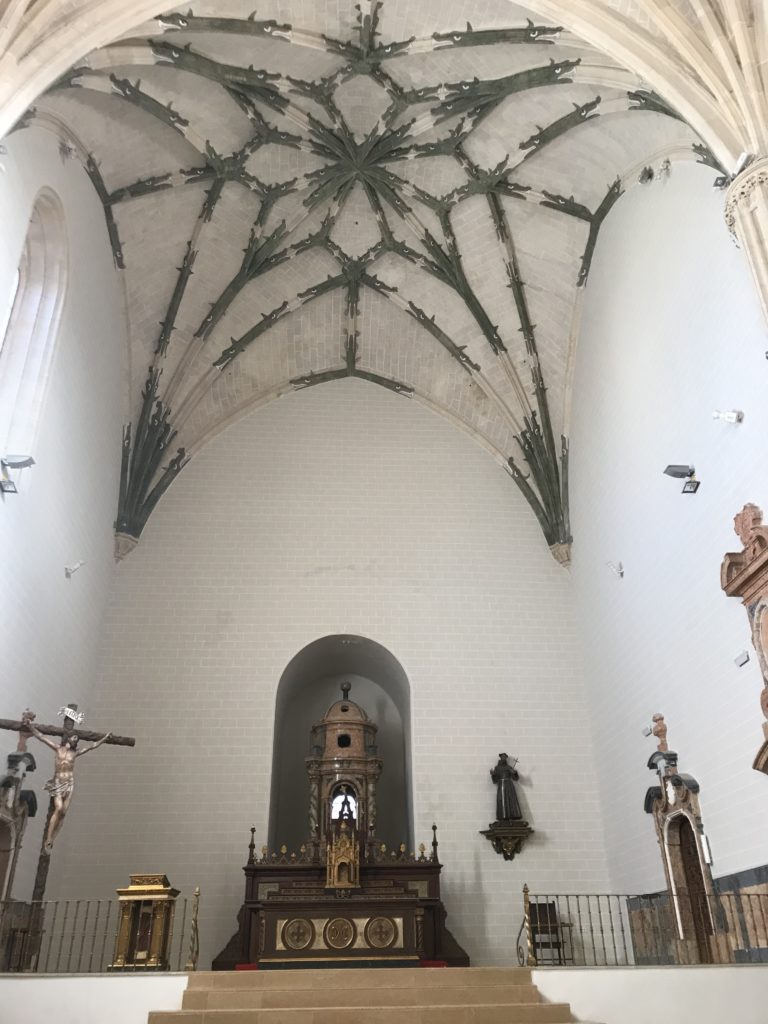 Next we headed to the center of town, which was very festively decorated for the Christmas season. The Catedral of Santa María la Mayor, the Palacio de la Cotilla (the Palace of the Gossip), the Palacio del Infantado (where the Mendoza family lived), and the Tower of Álvar Fáñez (the ancient portal to the city) were all within a short distance of each other. 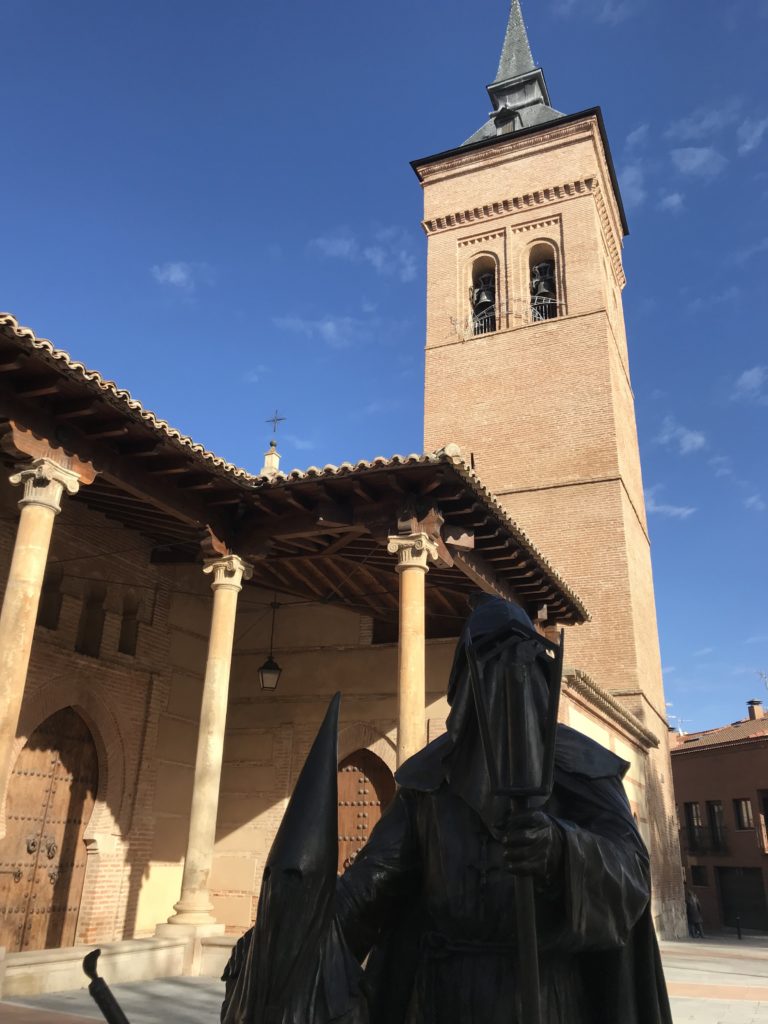 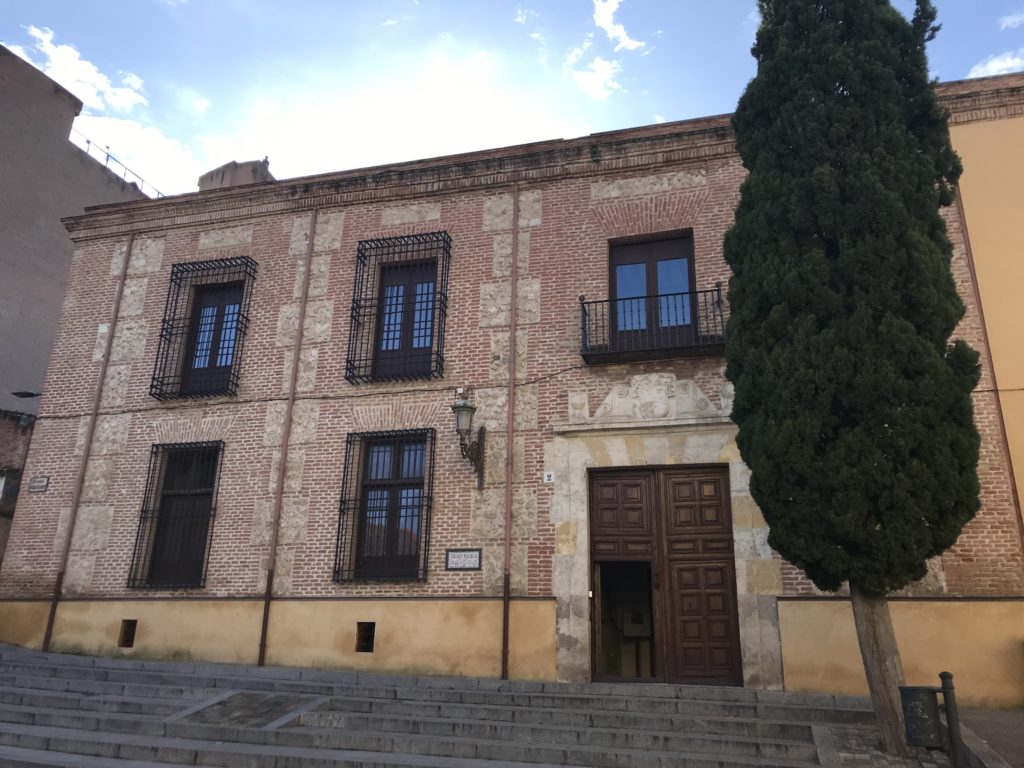 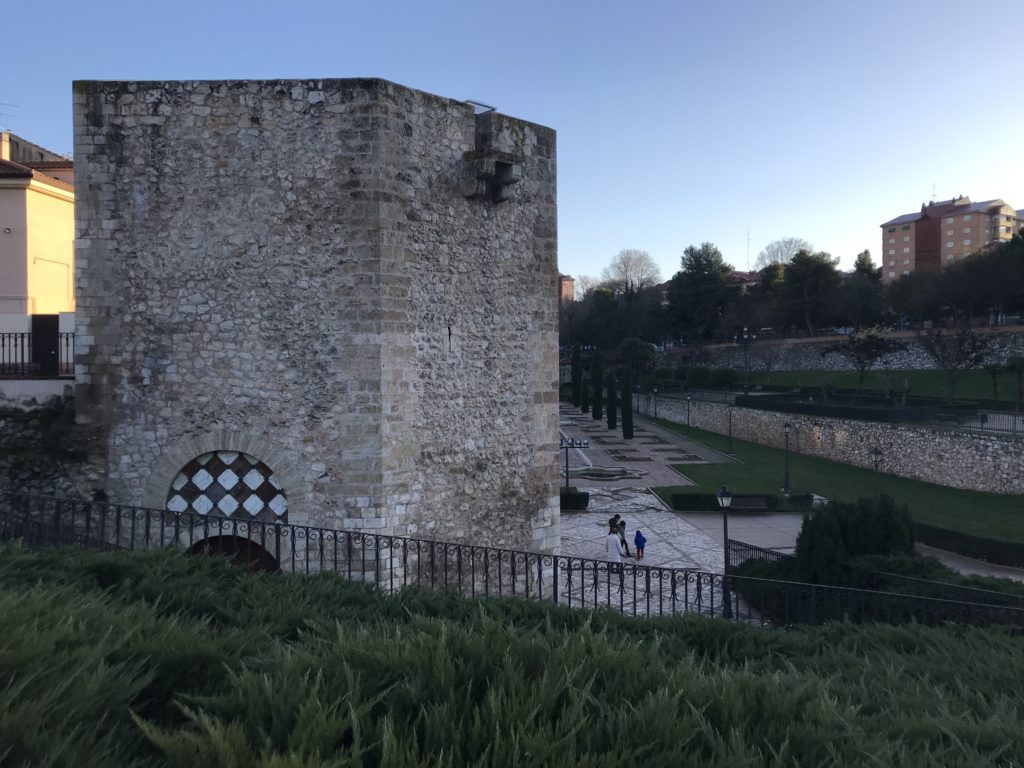 The last site we wanted to see was the Pantheon of the Duchess of Sevillano, but it had such a strange timetable, especially for here in Spain, where the timetables are always the same everywhere, that we had to presume that the private owners don’t really want people to visit. It was beautiful though, especially at sunset and even with the construction, as can be seen from the picture. 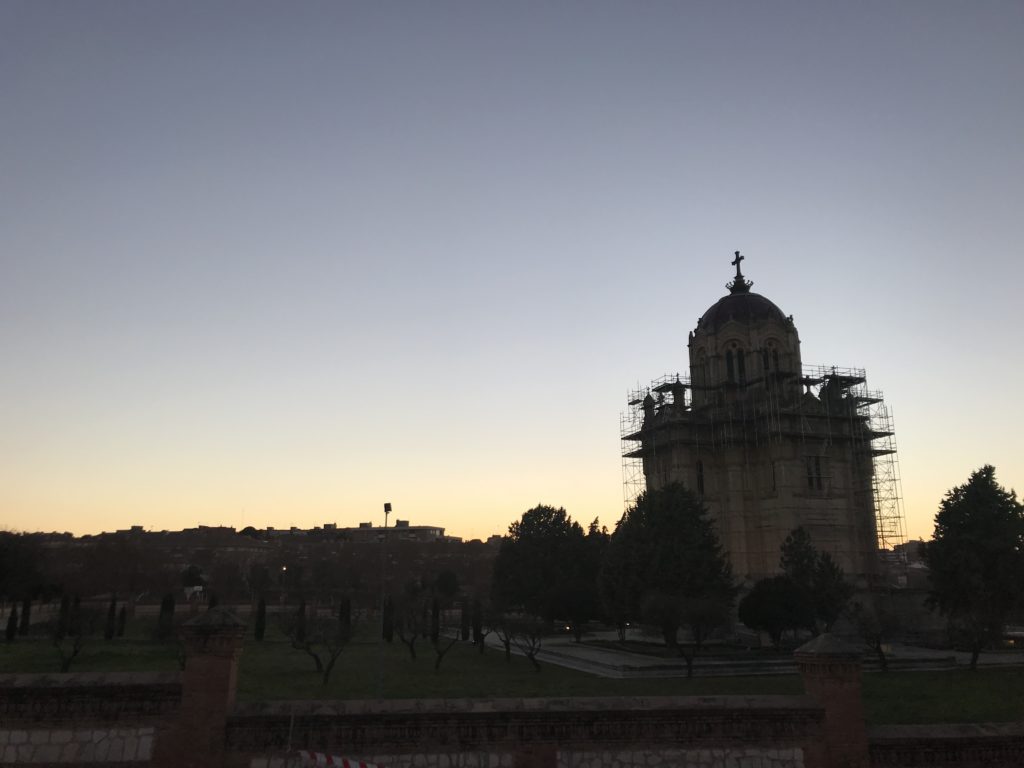 That night we slept in Sepúlveda, a gorgeous town nestled in the valley next to the Hoces del Duratón national park, and woke up to fog as far as the eye could see. Our cozy bed and breakfast looked out onto the main square, and we took a short walk around the town, appreciating the town hall built into the ruins of the old castle (!), before continuing on to Cuéllar. 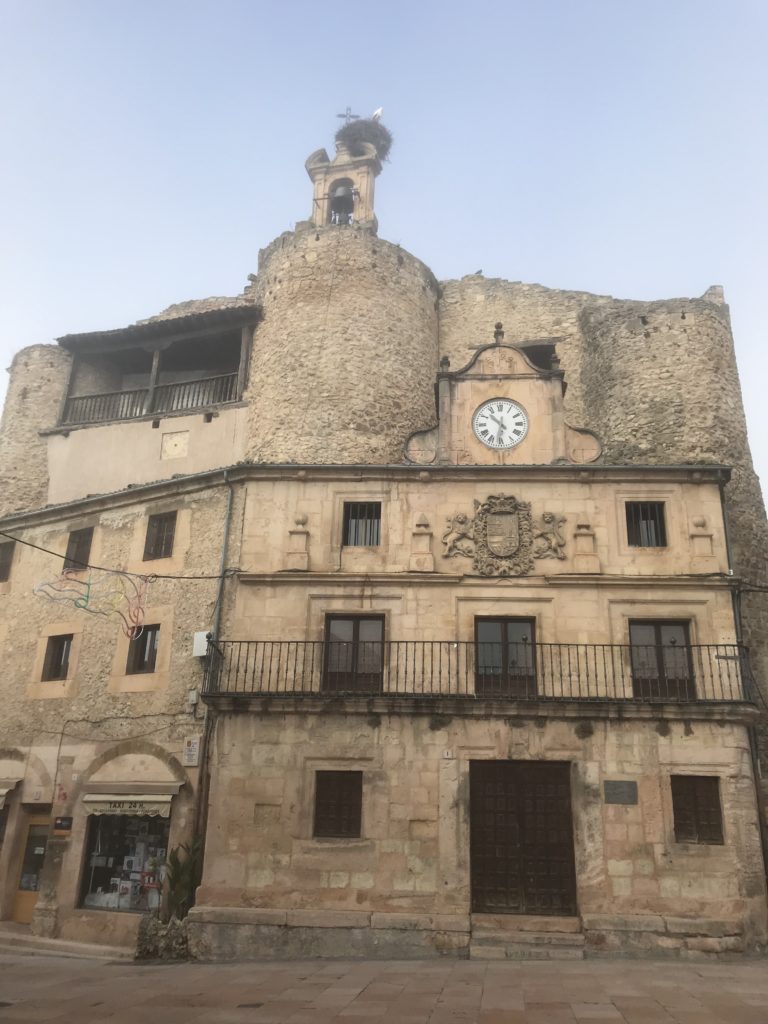 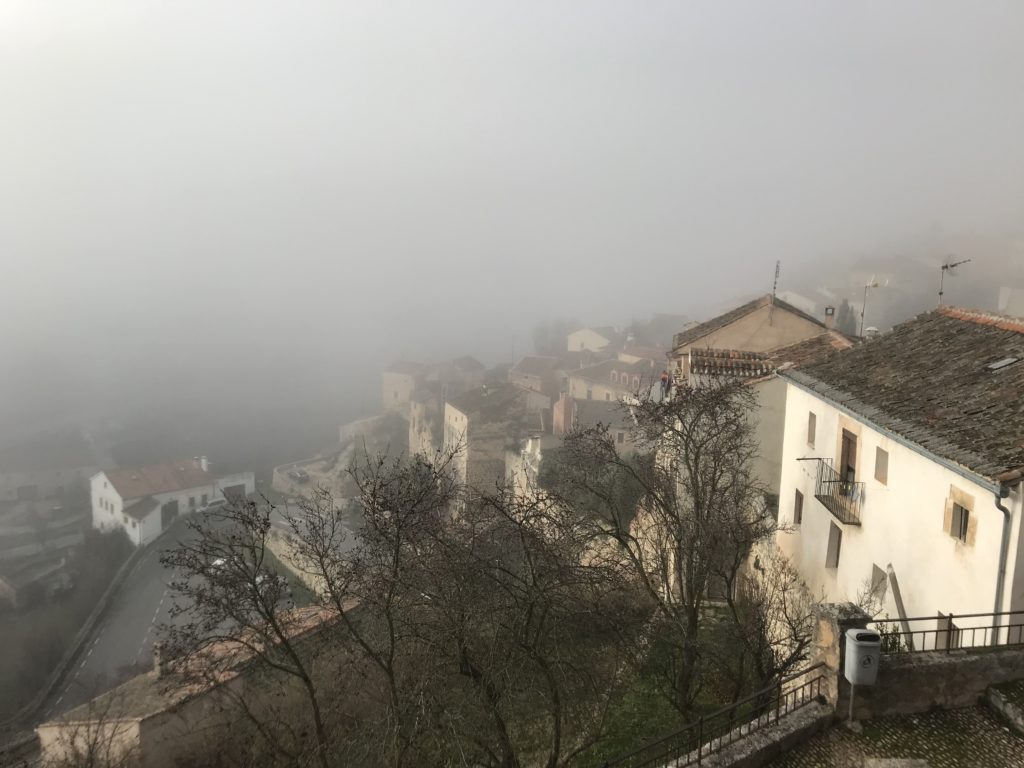 Although Cuéllar is a small town of 9,500 people, it has quite a few touristy things to appreciate, including the castle, the Church of San Esteban (which had some beautiful mudéjar design on the inside—similar to the art that can be found at La Alhambra in Granada), and a cute little church and tower I stumbled upon named after Santa Rita. 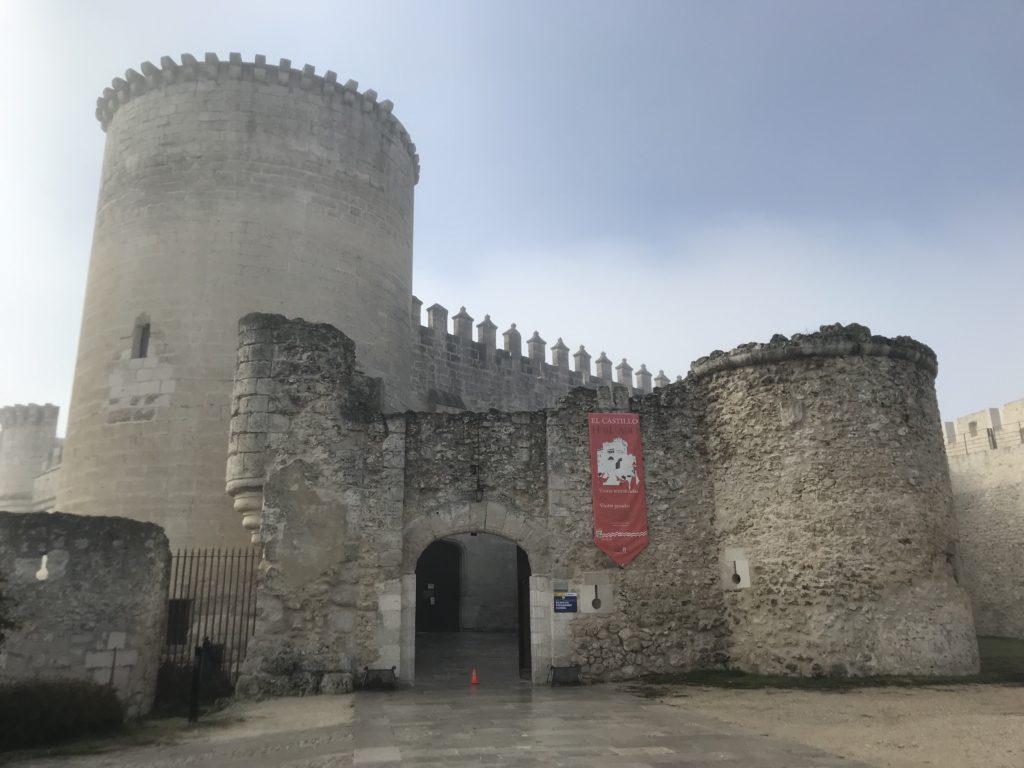 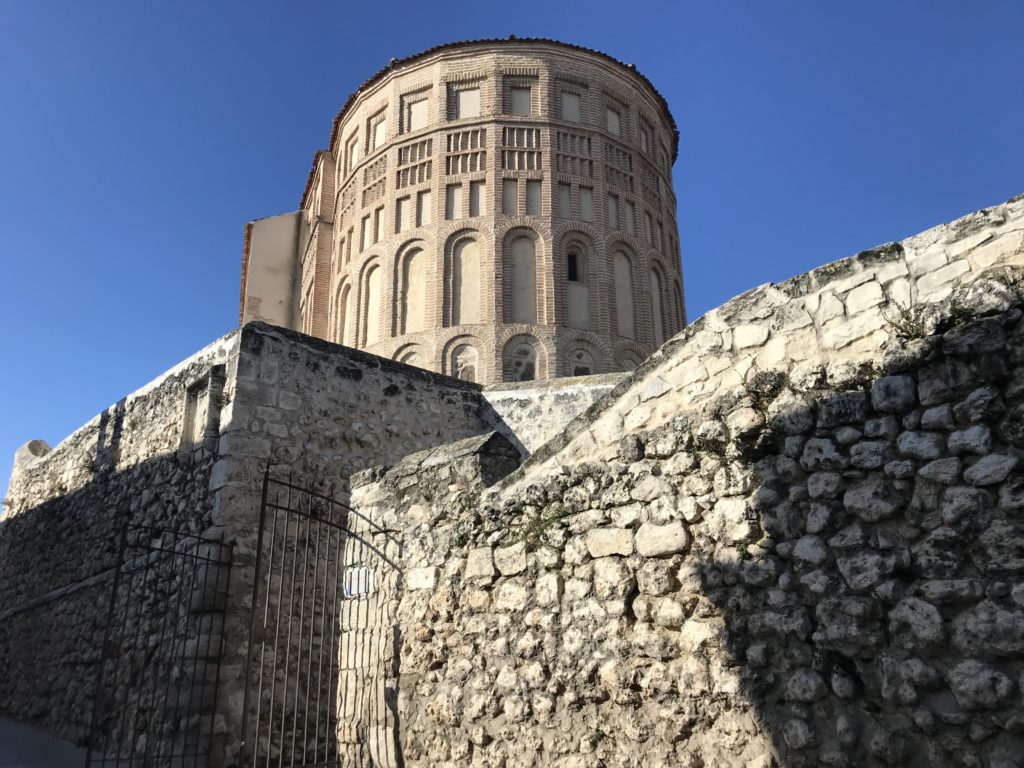 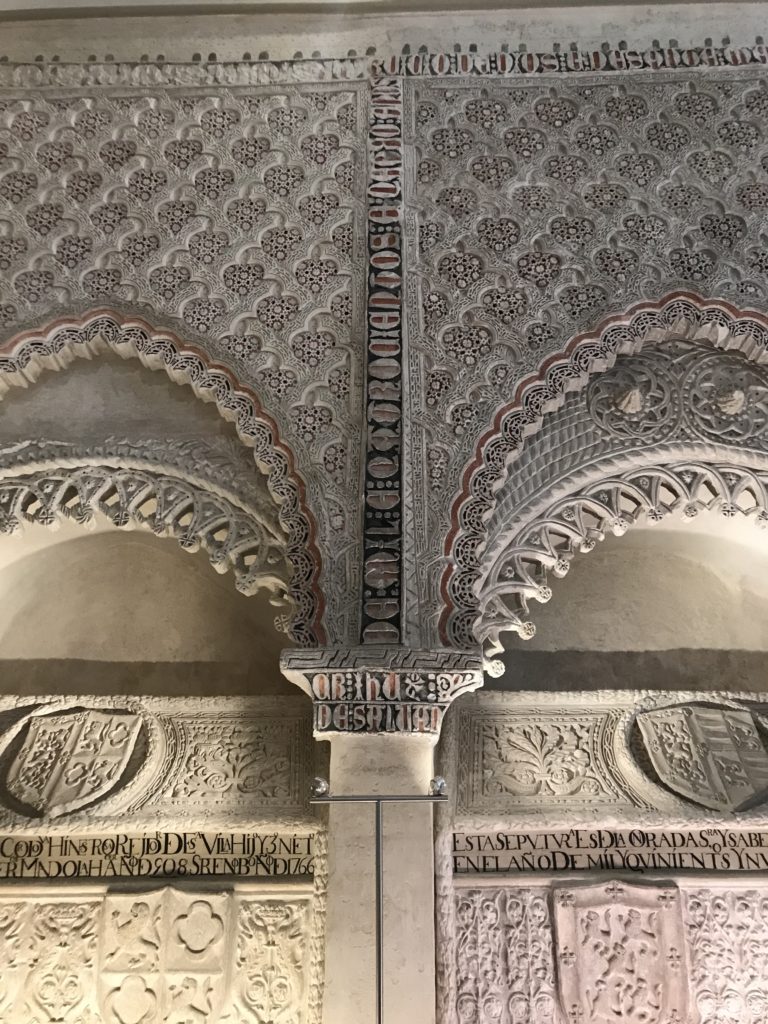 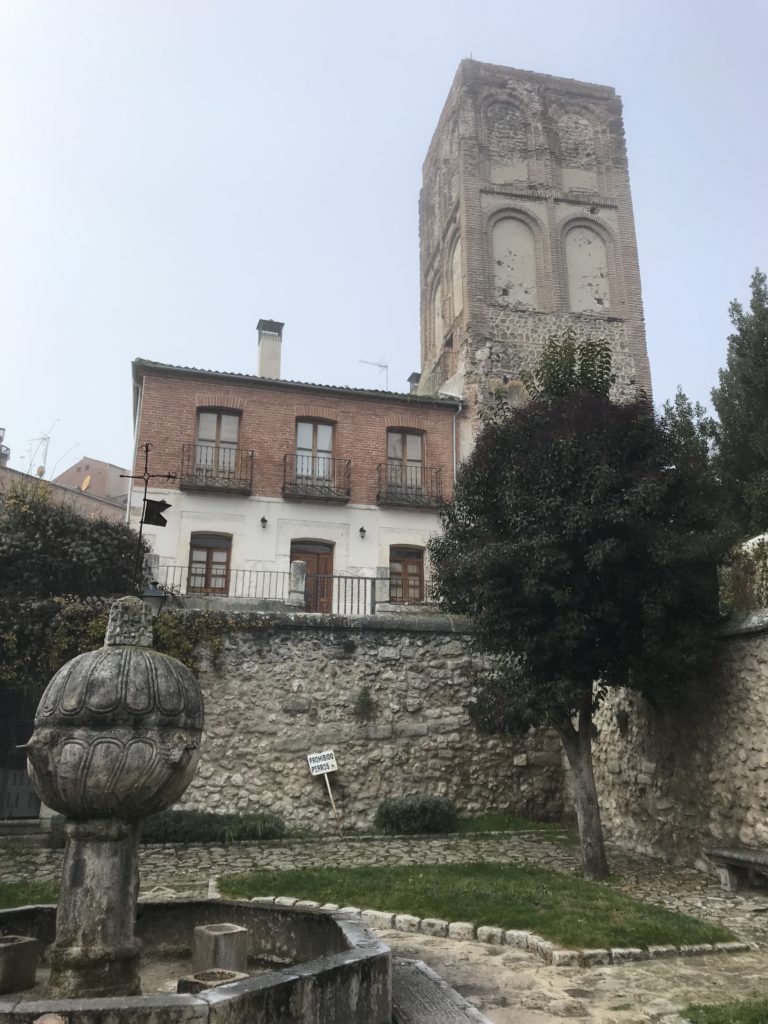 These less-touristy routes are some of my favorites; I love feeling like I have been somewhere where few people really visit, and I love seeing things that are underappreciated. Once you live in a place, it gets more challenging to see new places—or you just have to drive farther and farther each time!