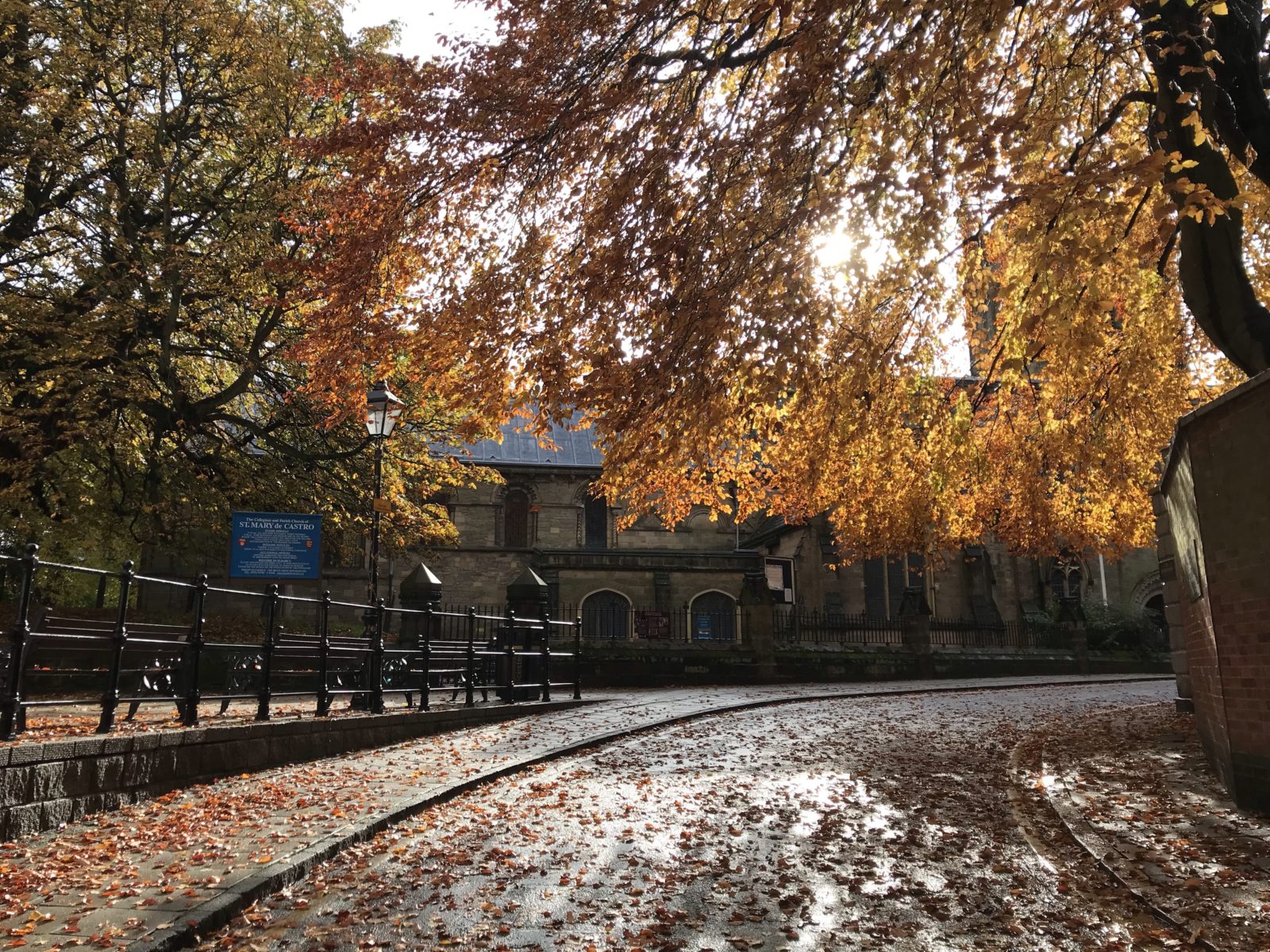 Recently I went to visit a friend who was starting university in Liverpool, a mid-size city in the UK and home of the Beatles. This is my 5th time in the UK, and I’ve already done all the main sights (read past posts of my travels in London, Edinburgh, Glasgow, Wales, and Stonehenge) so it was fitting that Liverpool was next. Fall is also my favorite season, so seeing the beautiful orange and red tones of English autumn was something I was looking forward to. 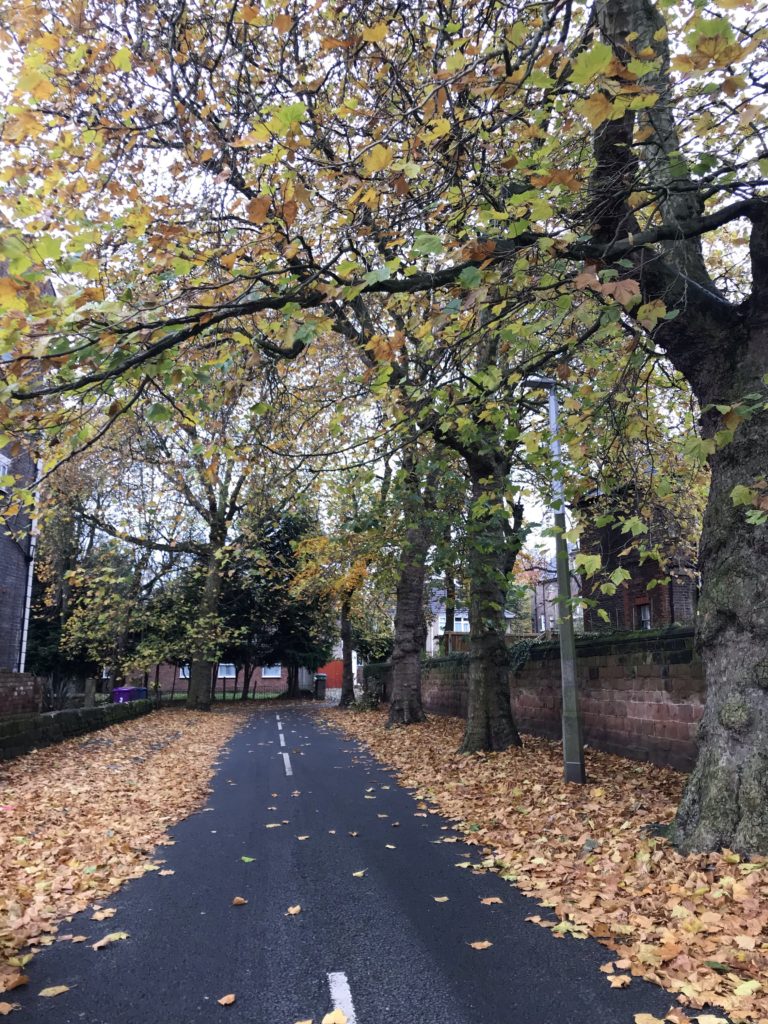 Liverpool has a really easy to navigate city center, with St. John’s Beacon, also known as the Radio City tower, overlooking everything. I love a good view, so that’s where I started. After going up and seeing the view of the city and river, I continued on to the Walker Art Gallery, which features a famous portrait of Elizabeth I. 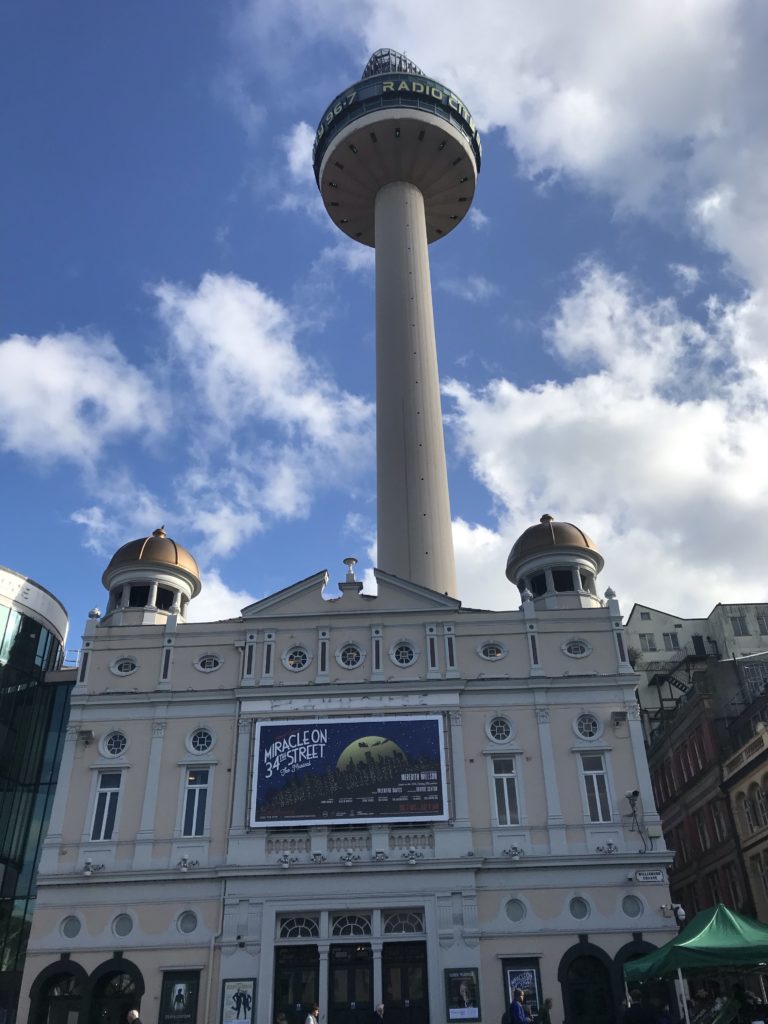 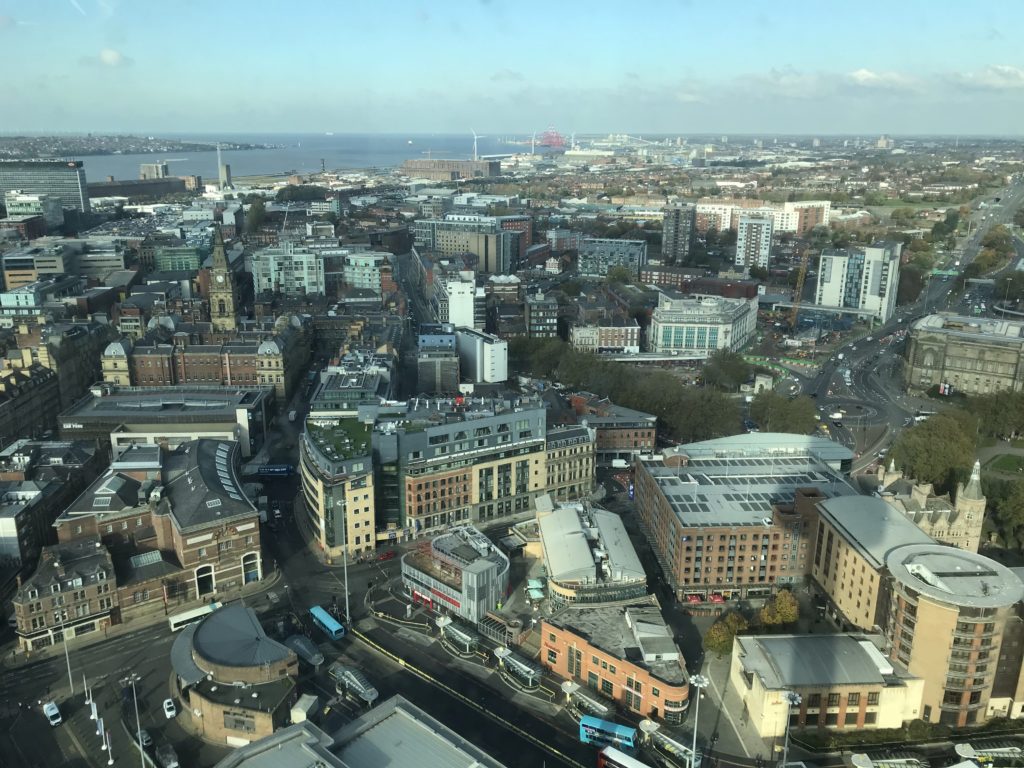 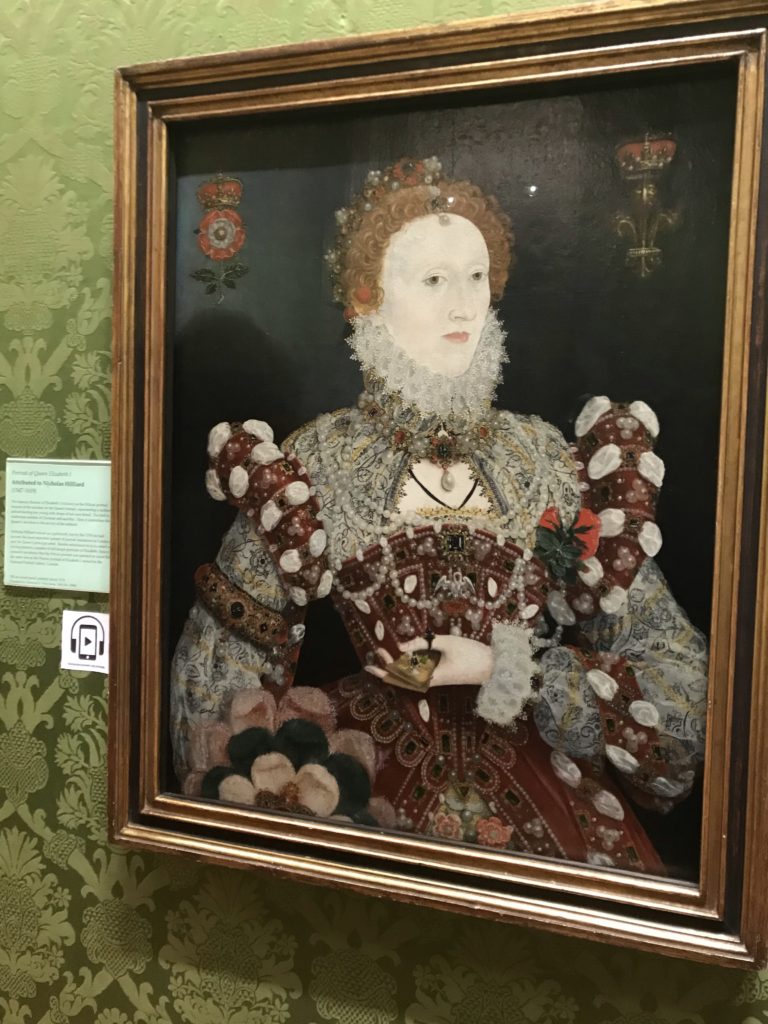 Liverpool has two cathedrals, both massive in size, and both a bit outside of the city center, so I did them on different days. First I went to the Anglican Cathedral, the largest in England and surrounded by a potentially spooky cemetery. It is enormous in its grandeur, and definitely worth the 10-12 minute walk from the city center. Along the way I passed the bombed out remains of St. Luke’s Church, which was destroyed in WWII and whose shell was left as a reminder to all who see it. Chinatown is right next to both of these churches, but most of the restaurants only open for dinner, so I ended up eating Japanese ramen instead. No regrets there. 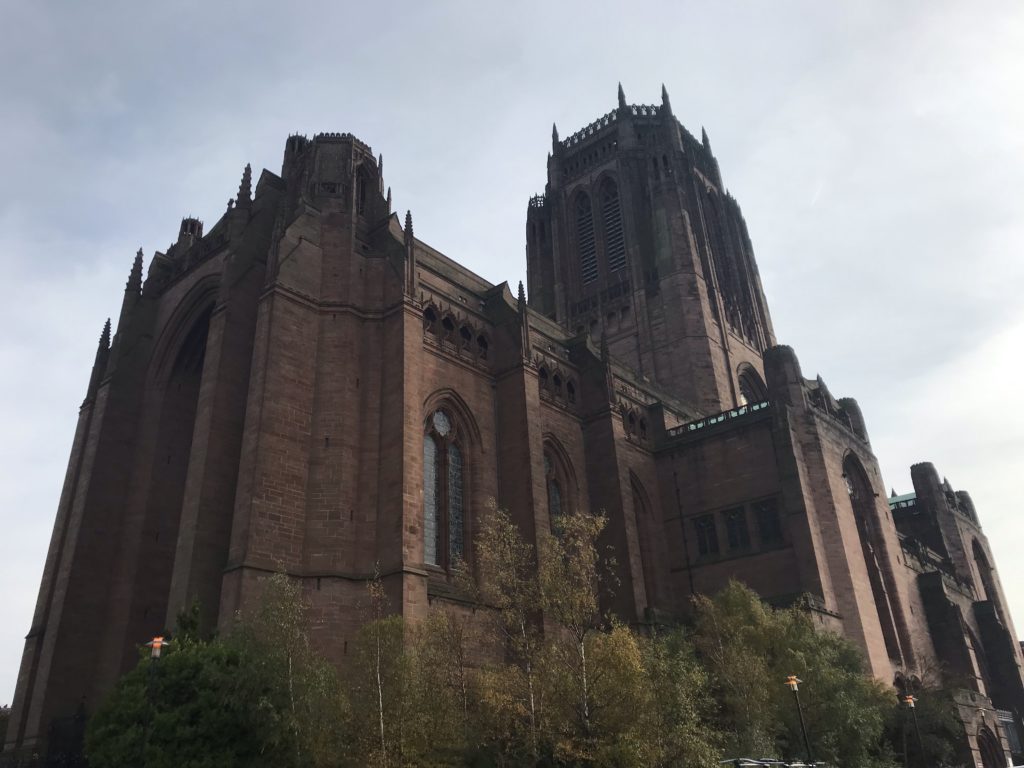 The next day I went to the Metropolitan Cathedral, which has an imposing, contemporary design. Another area worth a visit is the refurbished docks, which now house the Tate Liverpool, a modern art museum; the Museum of Liverpool, a history museum telling the city’s story; the Beatles Museum; and the Maritime Museum, among others. It also has shops and cafes, and it is a pleasant place to walk around and spend a few hours. Depending on your interests, Liverpool can easily be done in two days—as you all can see, I did not go to the Beatles Museum, which is probably a controversial decision!! 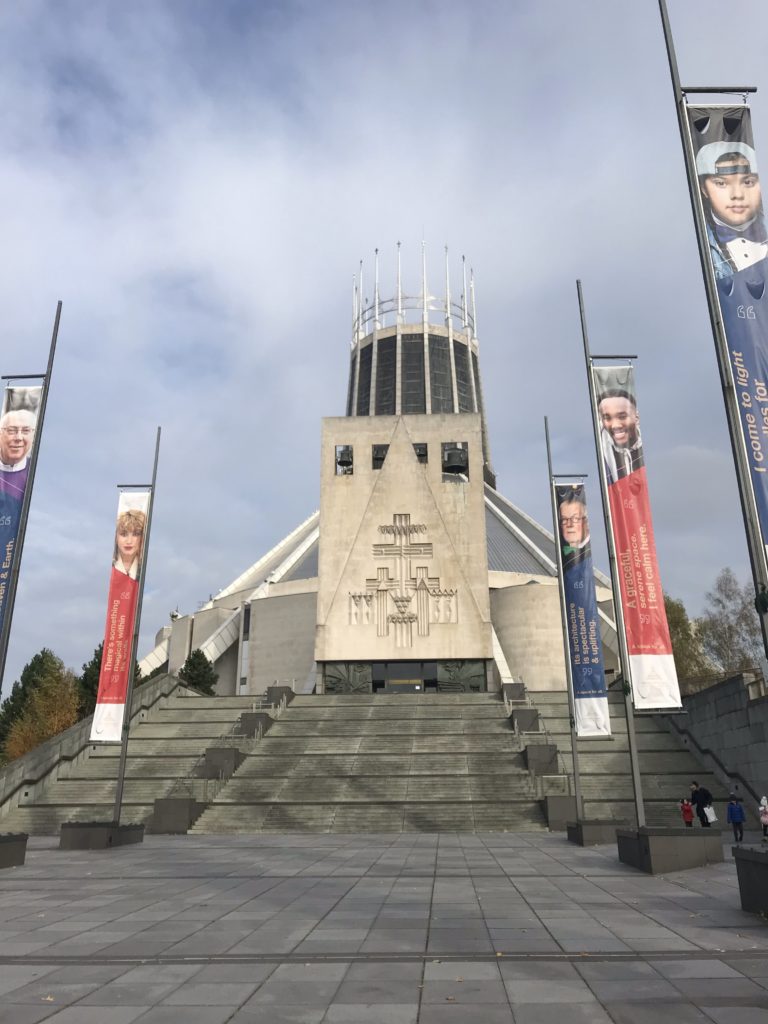 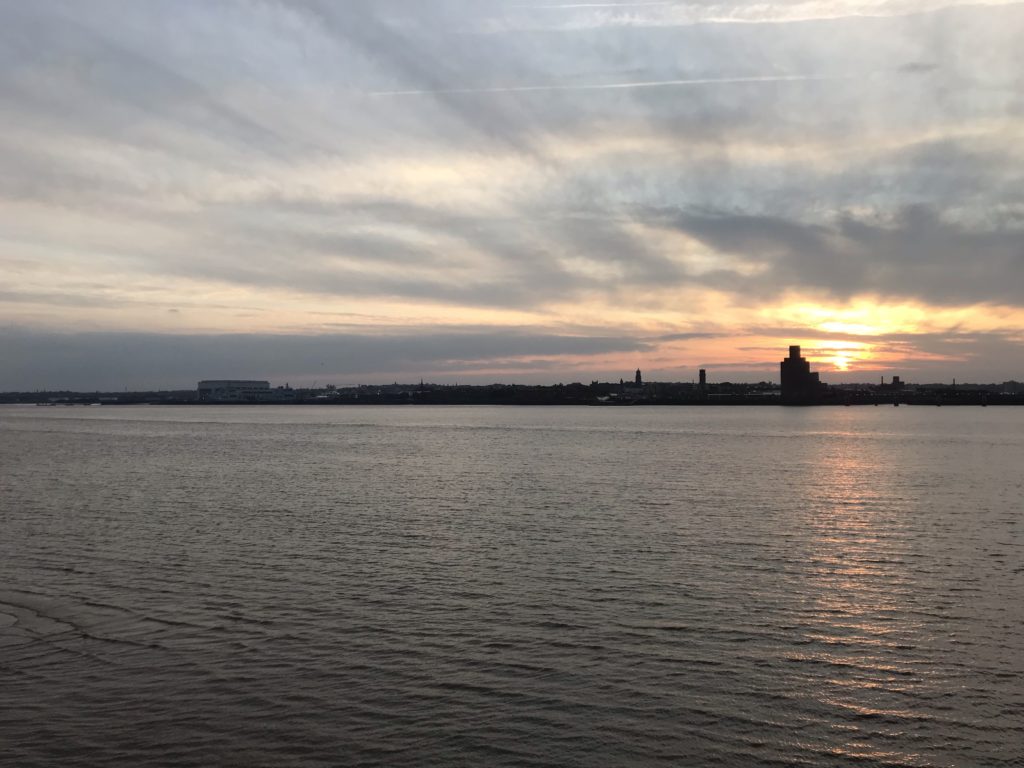 Manchester is about a half hour away from Liverpool, and since my friend and I were going to see a podcast recording there anyway, I decided to spend two days there as well. My first day was rainy and a little miserable (can’t lie), but I started the day out at the cathedral, then bopped around to various bookshops in an attempt to stay dry (it failed for the most part). The second day was sunny and I went to the Centre for Chinese Contemporary Art, which had some interesting exhibitions, and then to the Art Gallery. 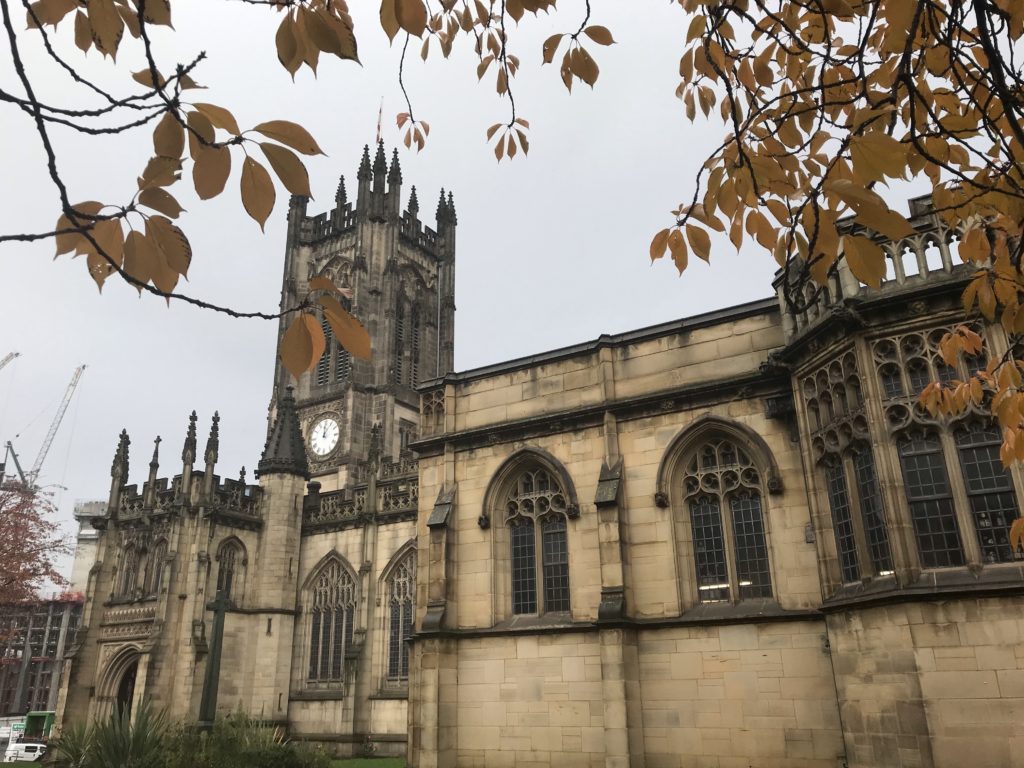 The Manchester Art Gallery has to be one my favorite art museums that I have ever been to, mainly because they not only showcased art made by women or of women, but also explained everything in a feminist historical context, because more often than not women get left out of history entirely. Well done, Manchester! The day was finished off with dinner in Chinatown and the recording of one of my favorite podcasts (shout out to The Guilty Feminist!). Overall, a well-spent day. 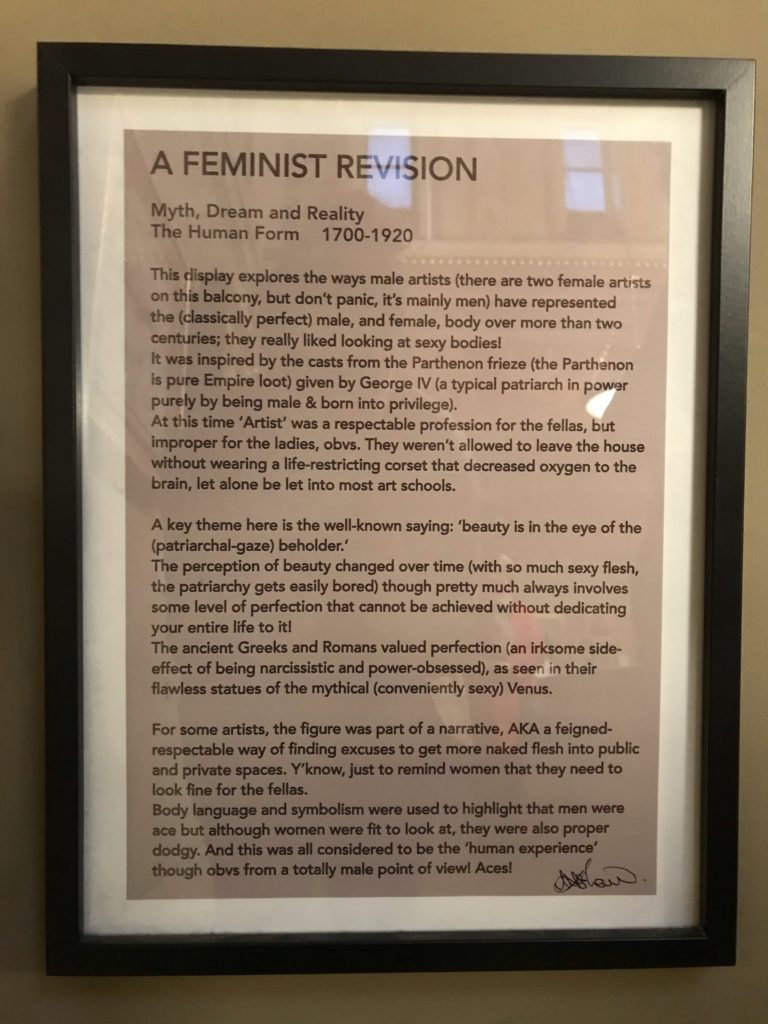 If you’re interested in couple smaller cities off the beaten track, I would suggest Leicester and Kettering. In 2015, the remains of Richard III were found under a parking garage in Leicester (oh, modern times, am I right?) and you can now visit them in the cathedral there. Kettering is a charming example of a typical English town, with a lot of green space and numerous cozy cafes. 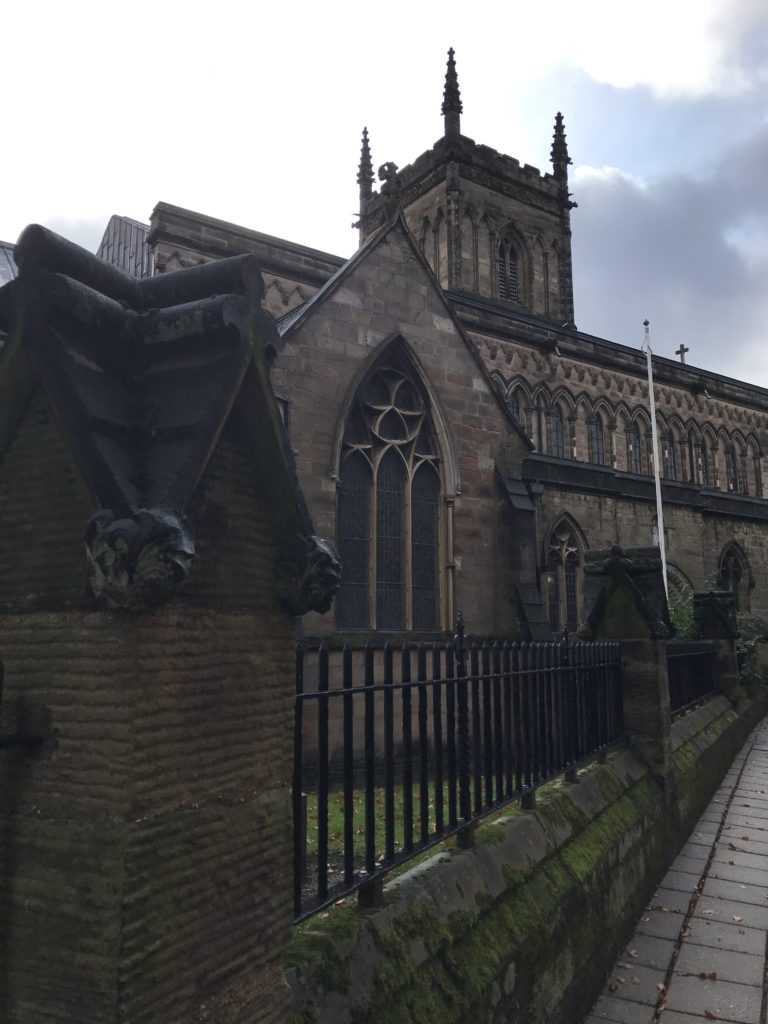 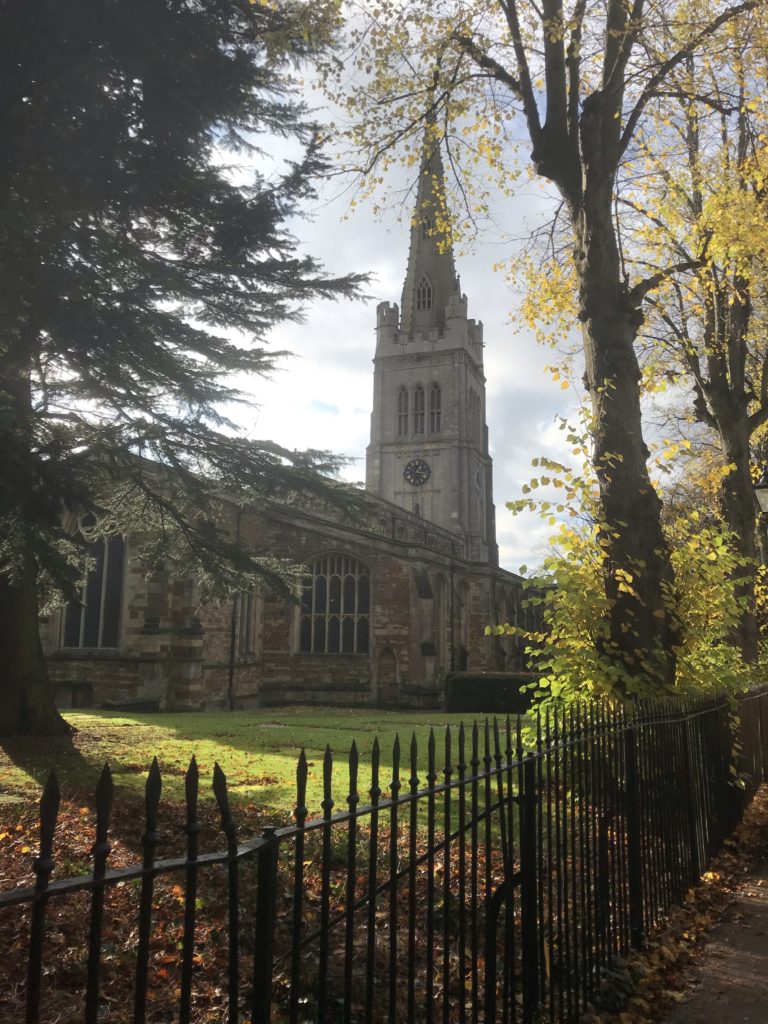 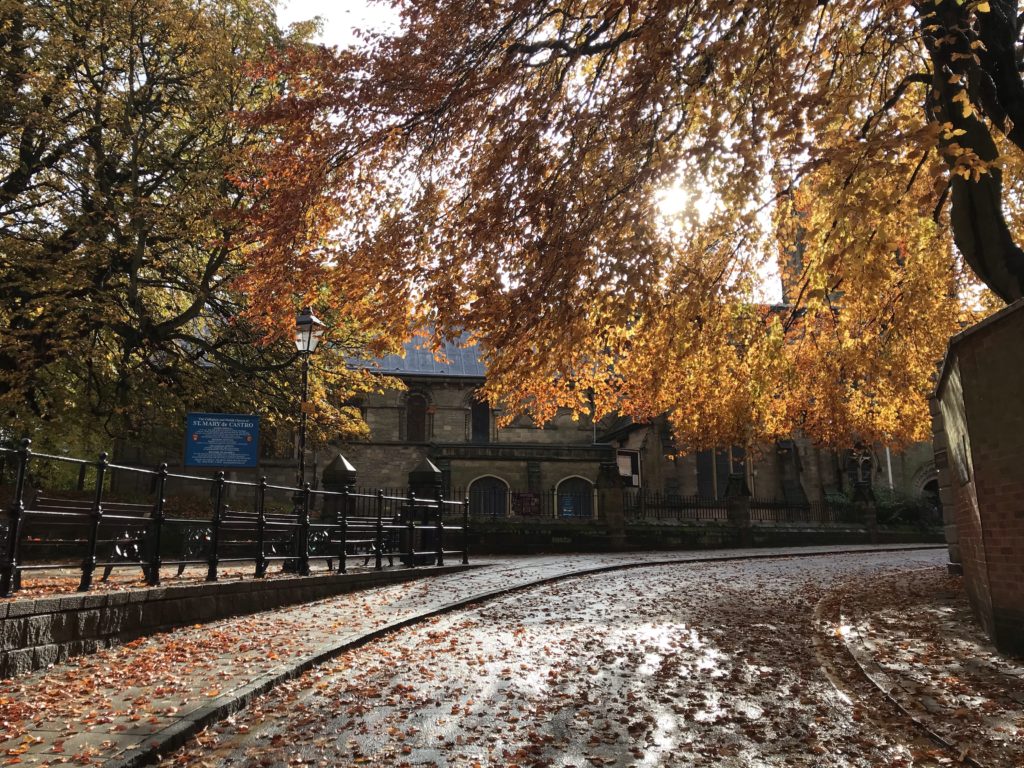 1 thought on “10 days in Liverpool and Manchester”