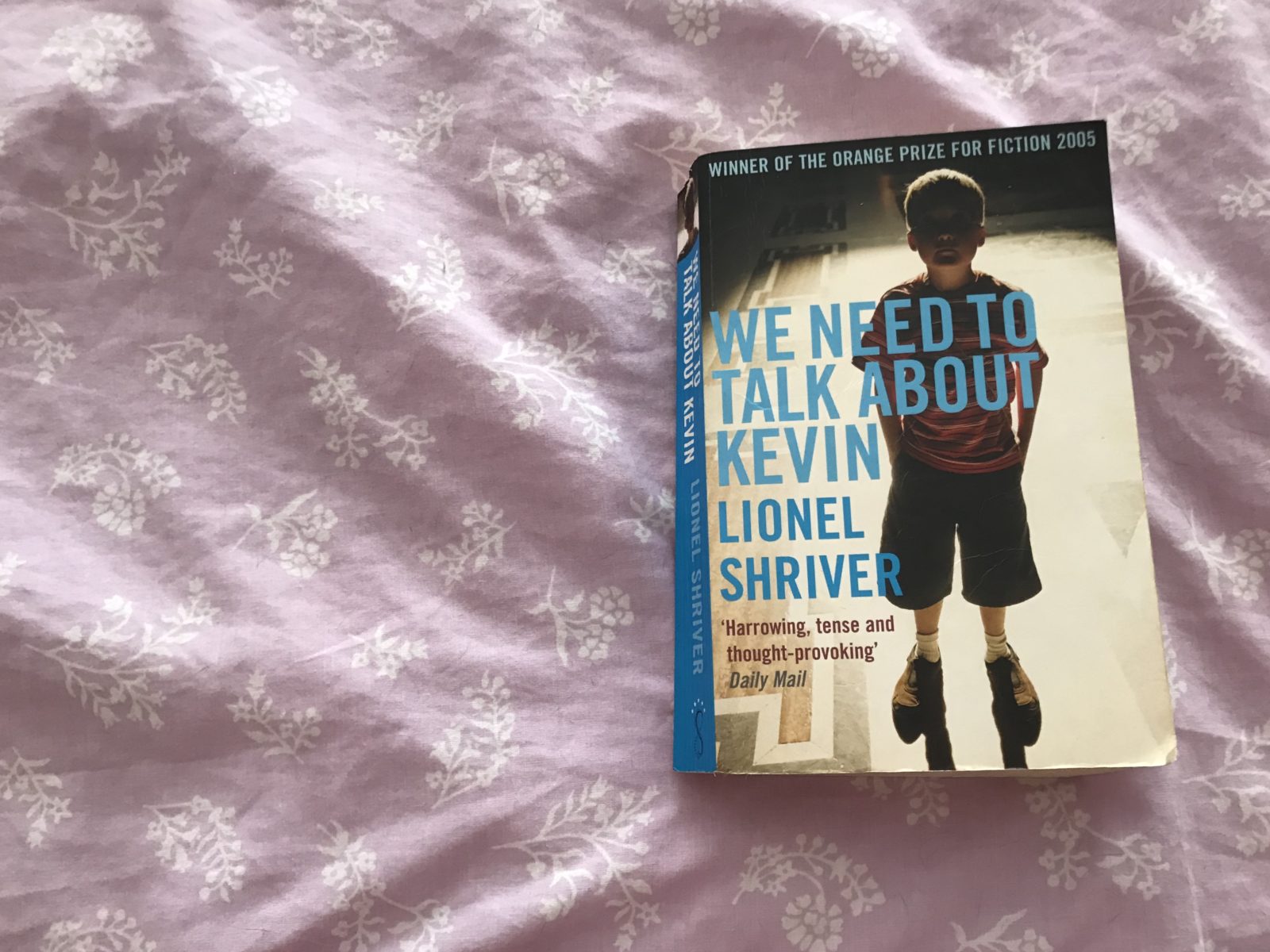 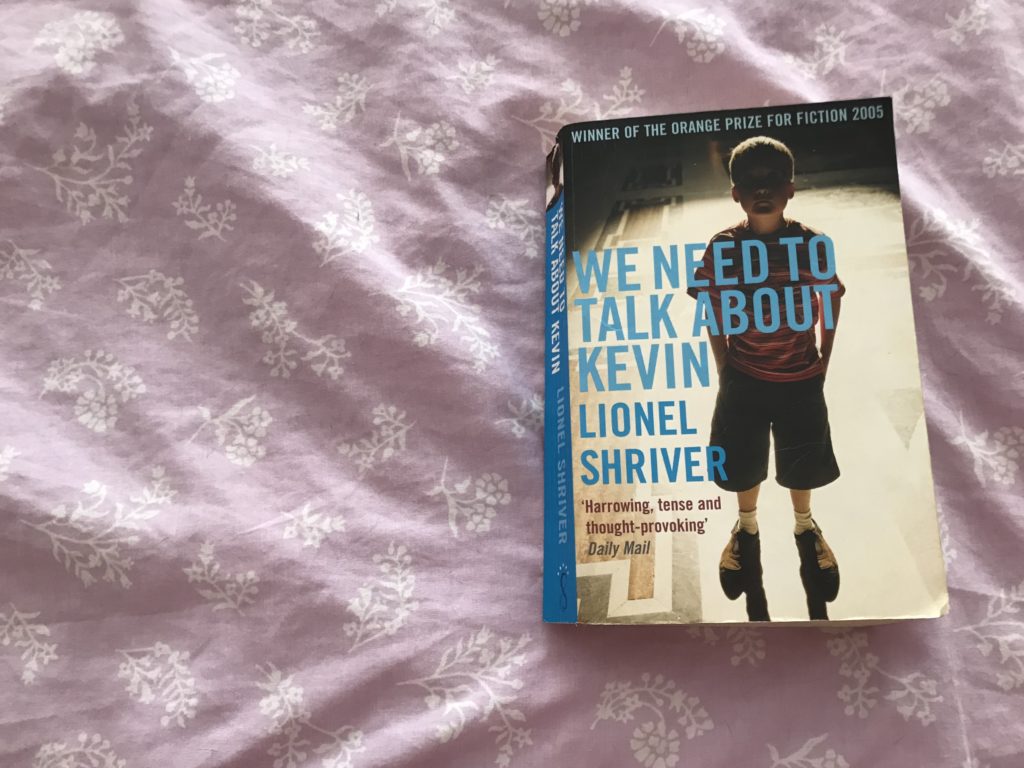 It took me longer than normal to write this because this novel, as the review on the front cover describes it, was harrowing. We Need to Talk about Kevin, by Lionel Shriver, is comprised of a series of letter from the protagonist to her estranged husband about their lives together, predominantly focusing on their decision to have their firstborn child Kevin.

Readers immediately learn that 16-year-old Kevin is in prison for bringing his crossbow to school and killing 10 people with it, and that the protagonist goes to visit him every week, even though his act of violence cost her her husband, their second child, and her business that was worth millions of dollars. But Shriver is quick to shed the idea that a parent’s love conquers everything—from the beginning her protagonist had doubts about having children at all, and when Kevin was born, she felt no connection to him. Indeed, Kevin was malicious from almost the very beginning, and consistently rejected anything from his mother, including breast milk, love, or affection.

For me, the novel’s focus on what women are expected to sacrifice in order to have children is particularly excruciating. Even though the protagonist has a million-dollar business, she stays home with Kevin, who screams every time she is in the room, so that her husband can continue working, even though he is less successful than her, and she ruefully notes this in one of her letters to him. And even though she spends the majority of the time with Kevin, her opinions of his behavior are constantly put into her doubt by her annoying-white-man husband, who always thinks he knows better. That attitude will cost him dearly in the end, but no spoilers for those who have never read the book (or seen the movie version).

The heaviness I felt reading this novel cannot be underestimated. The sacrifices the protagonist was forced to make are immense, and the life she lived with her firstborn was miserable. The reviews of the book are even worse, often focusing on the fact that she was a “bad mother” or that her parenting was the cause of Kevin’s actions, which Shriver is careful to denounce in the end.

I am beginning to see that many reviews of these prize-winning novels, particularly those of The Guardian, are extremely negative, which is ironic in a way, as all the reviews I have read are written by, you guessed it, women. To be honest I don’t know much about literary criticism, especially from the late 90s and early 2000s, so maybe it has a general negative overtone? But somehow I doubt it.

Shriver herself wrote seven novels before finding any kind of renown or success, which happened with We Need to Talk about Kevin. She grew up in the US but now lives in London, and is outspoken against the US health care system. She has also made controversial (re: racist) comments regarding cultural appropriation and diversity. In addition to her novels, she has written for The Guardian, The New York Times, and The Economist.

In conclusion, if you decide to read this novel, buckle up. It’s depressing, especially considering the backdrop of school shootings that are mentioned throughout it, and realizing that almost 15 years later, no one has done anything to stop them.