Valerie Martin’s novel Property takes place on a slave plantation just before the Civil War, when rebellions were becoming more and more commonplace, and focuses on the narrative perspective of the slave owner’s wife, Manon, a white woman. Manon is certainly a polemical figure, in some ways a protofeminist and in others an insufferable white woman of her time. She has futuristic ideas about women’s rights and thus her own—she wants to be free of her husband, have her own money, and own her own property, and yet at the same time, when she does become free of him, goes to great lengths to keep her own slaves with her after one tries to escape. Modern, but not modern enough.

The reviews I have read are not only dismissive of the book itself, but also describe Manon with words that have been rejected a long time ago, such as ‘frigid’ (thank you, The New York Times). I understand that the reviews are from the early 2000s, but come on. I was honestly disgusted by these evaluations and the treatment Martin’s book received. The best review she was given by critics was “somewhat underrated” from The Observer, while esteemed author Toni Morrison said “This fresh, unsentimental look at what slaveowning does to (and for) one’s interior life must be a first. And the writing—so prised and clean-limbed—is a marvel.” I agree with Morrison, as I read the book in less than two days—the writing draws one in as so few styles do. 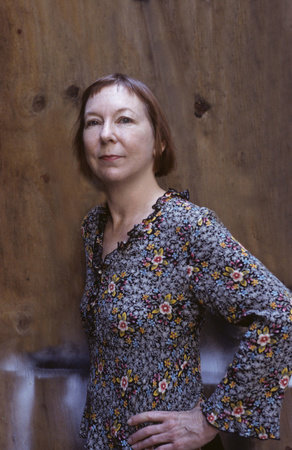 Martin is an American novelist and short story writer born in Missouri and raised in New Orleans, and is the author of a dozen novels, four collections of short stories, a children’s book, and a work of nonfiction based on the life of St. Francis. In addition to the Women’s Prize for Fiction, which she won in 2003, she has been nominated for the World Fantasy Best Novel and the Nebula Best Novel. Her novel Mary Reilly was made into a movie starring Julia Roberts.