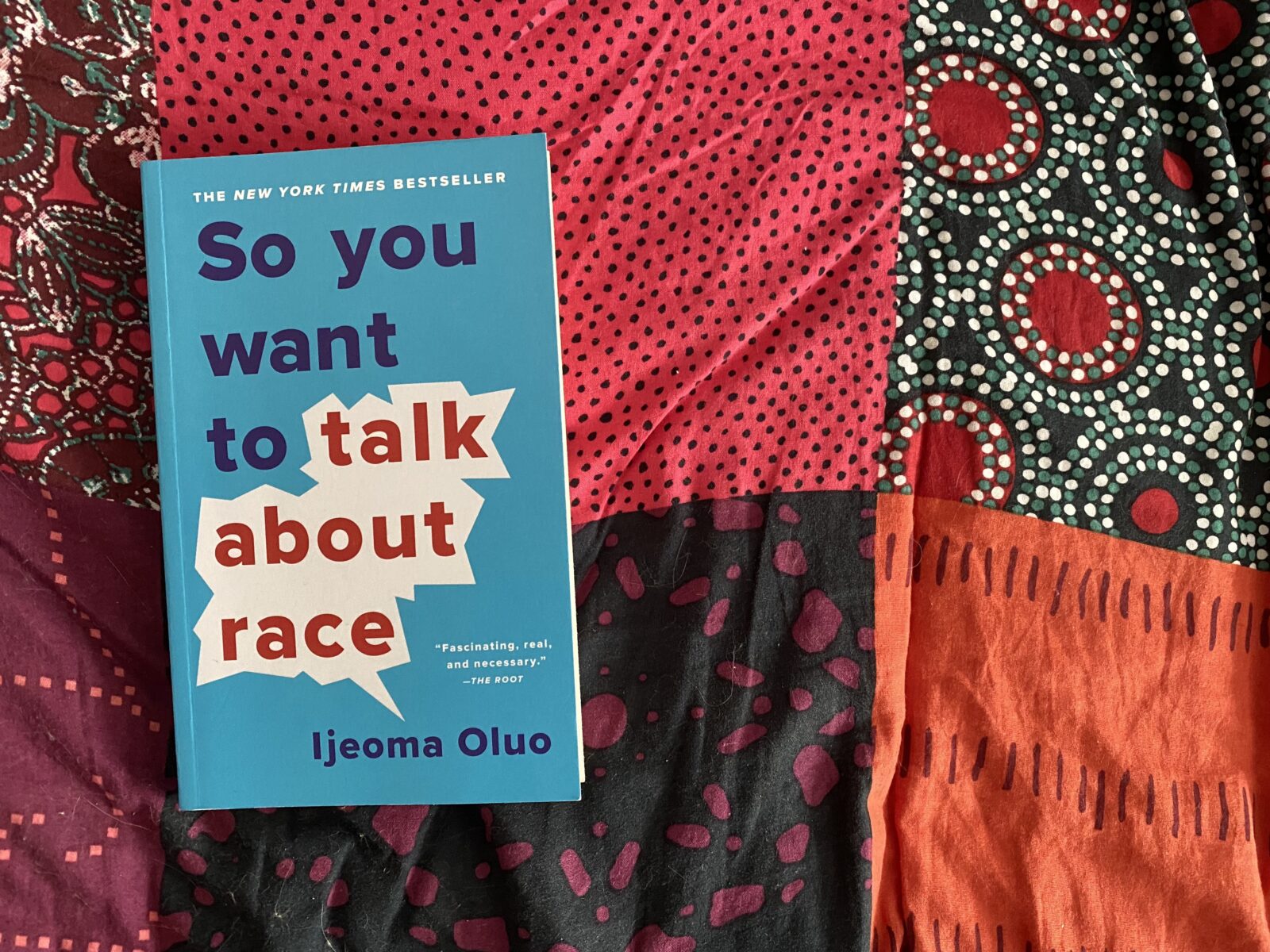 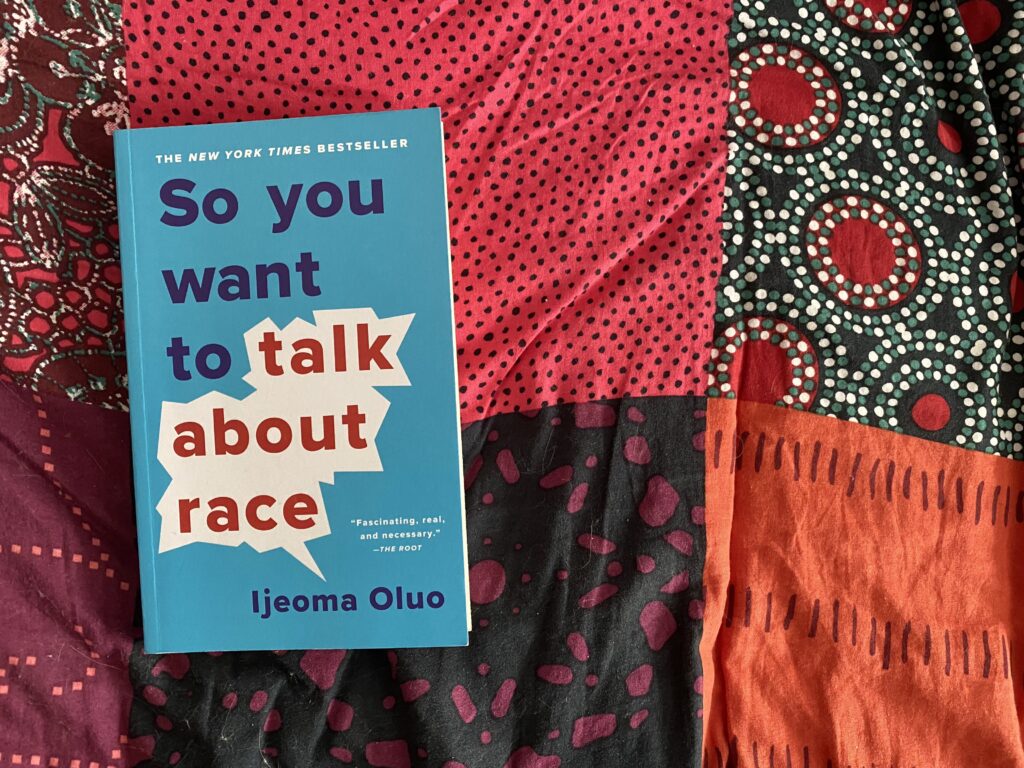 So You Want to Talk About Race, Ijeoma Oluo

So You Want to Talk About Race is a guide for both white and black people to have earnest conversations about race and how to be anti-racist. The main take aways for me were Oluo’s ways to determine if something is about race and tips for how to talk about race without unintentionally doing damage to people of color. The first is basic but essential: something has to do with race if a person of color thinks it is about race, if it disproportionately affects people of color, or if it “fits into a broader pattern of events that disproportionately or differently affect people of color”. Oluo also offers nine tips for how to have productive conversations about race, and I will summarize them here: state your intentions, don’t let your emotions override your top priority, do your research, don’t make your argument oppressive to other groups, don’t get defensive/think about why you feel defensive, don’t tone police, don’t make the conversation about you (if you’re white), don’t force people of color into discussions about race, and try to do better, not be right. The other thing I found really helpful was her point that when you’re in a situation where someone has said something racist, it is important to, in addition to calling out the racist remark, link what they have said to the bigger picture and point out how it contributes to harmful stereotypes and systemic oppression as a whole. Oluo herself acknowledges that these conversations are difficult and we will often fail, but that in no way means we shouldn’t attempt to have them.

Such a Fun Age, Kiley Reid

Normally I try to not know anything about a book before I read it, especially reviews, but somehow this book made it into my brain before I read it. Thus I had a hard time separating what I had read about it from what I myself thought about it because the whole time I was examining whether or not I thought what I had read was true. More on that later. Anyways, Such a Fun Age begins with a young black woman being accused of kidnapping the girl she babysits while in a grocery store, and deals with the reactions of the various people involved. The woman, who is also the protagonist, just wants to move on with her life and forget about it, while the mother of the child wants to pursue (legal?) action using a recording a white man made of the incident. To further complicate things, the protagonist and this man start dating, and the protagonist has to decide if and when this man crosses the line in regards to race. So, what I had read before beginning this book (which, by the way, won the Booker prize—a big deal) was that the characters seemed stereotypical and somewhat underdeveloped, and I am inclined to agree, although I don’t know if I would have come to this conclusion on my own if I hadn’t read it beforehand. It’s a short read, so it does seem as though Reid could have spent some more time adding character development to give the whole novel a bit more depth, but I’m not an author so maybe this was done on purpose.