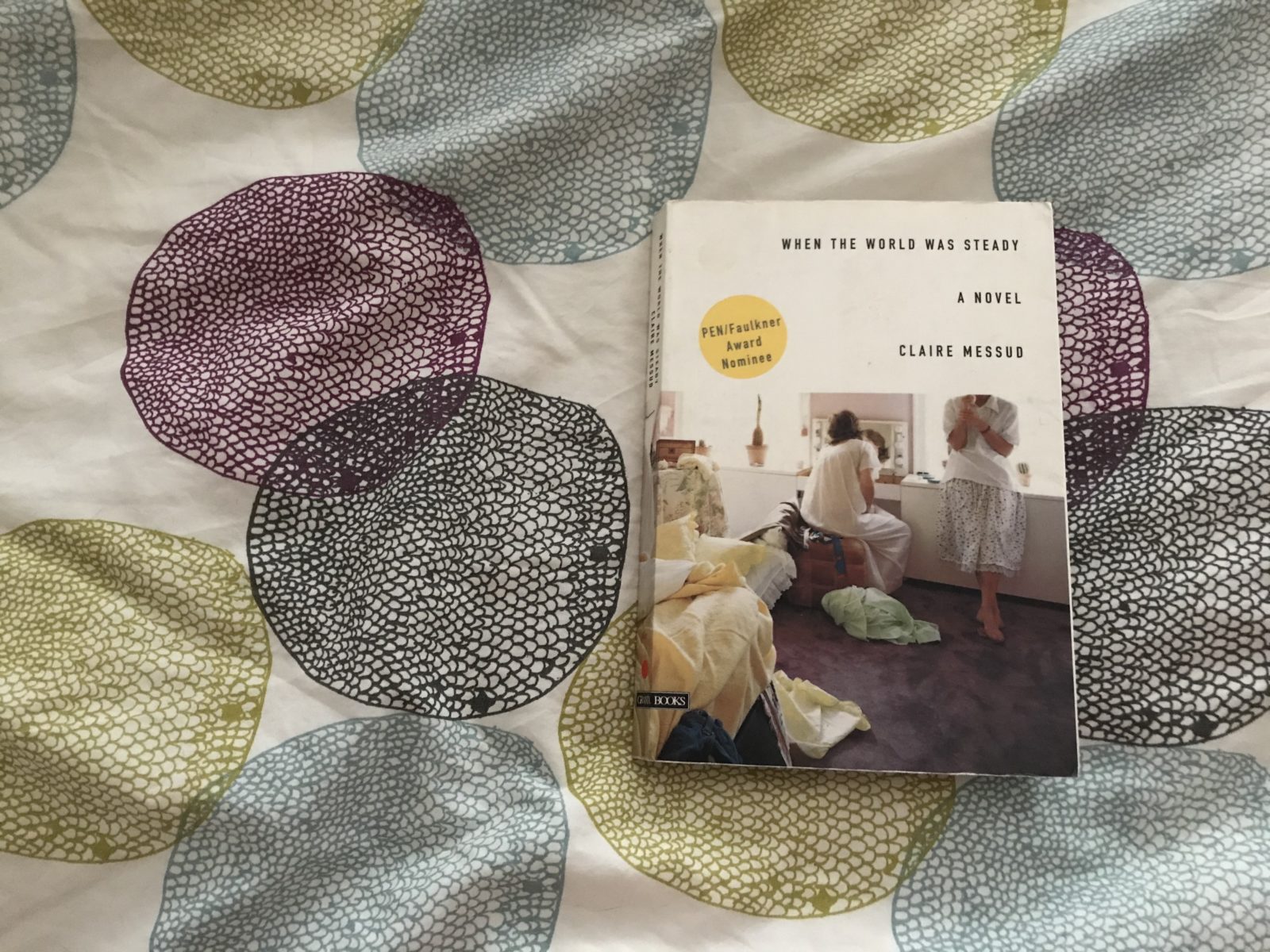 When the World Was Steady, Claire Messud

Messud’s debut novel from the mid-90s follows the separate adventures of two sisters, completely opposite from one another, who are both dealing with life changing events and their aftereffects. One got divorced and subsequently traveled around Indonesia solo, and the other experiences a rupture of faith after discovering that the priest at her church is having an affair with a man. The sisters, who haven’t seen each other in over a decade (one lives in England and the other in Australia), finally reunite at one of their daughter’s weddings, and the ending is anything but satisfying—rather, the reader sees the complexity of human nature and how unchanged a person can really be after huge life events. I’ve read Messud’s later novels and liked them much more; her development as a writer is noteworthy.

The Habit of Loving, Doris Lessing

Lessing is an imposing figure in literature; I have written about her before but will repeat a bit here for historical context. Born in what is now Iran, Lessing grew up in South Africa before returning to England, where she lived for most of her life. Her writing reflects her international life, with stories set in all the places mentioned above and more, such as Germany and small town Europe. This collection that I most recently read was mostly set in the 1950s after WWII, and its aftereffects can be felt in the smallest of ways, from how characters to act to what influences a scene or decision. Her stories have quite a disquieting effect, both bizarre and mundane, I felt pressured to rush into another book after finishing the last story instead of sitting with the unsettling feeling I had.