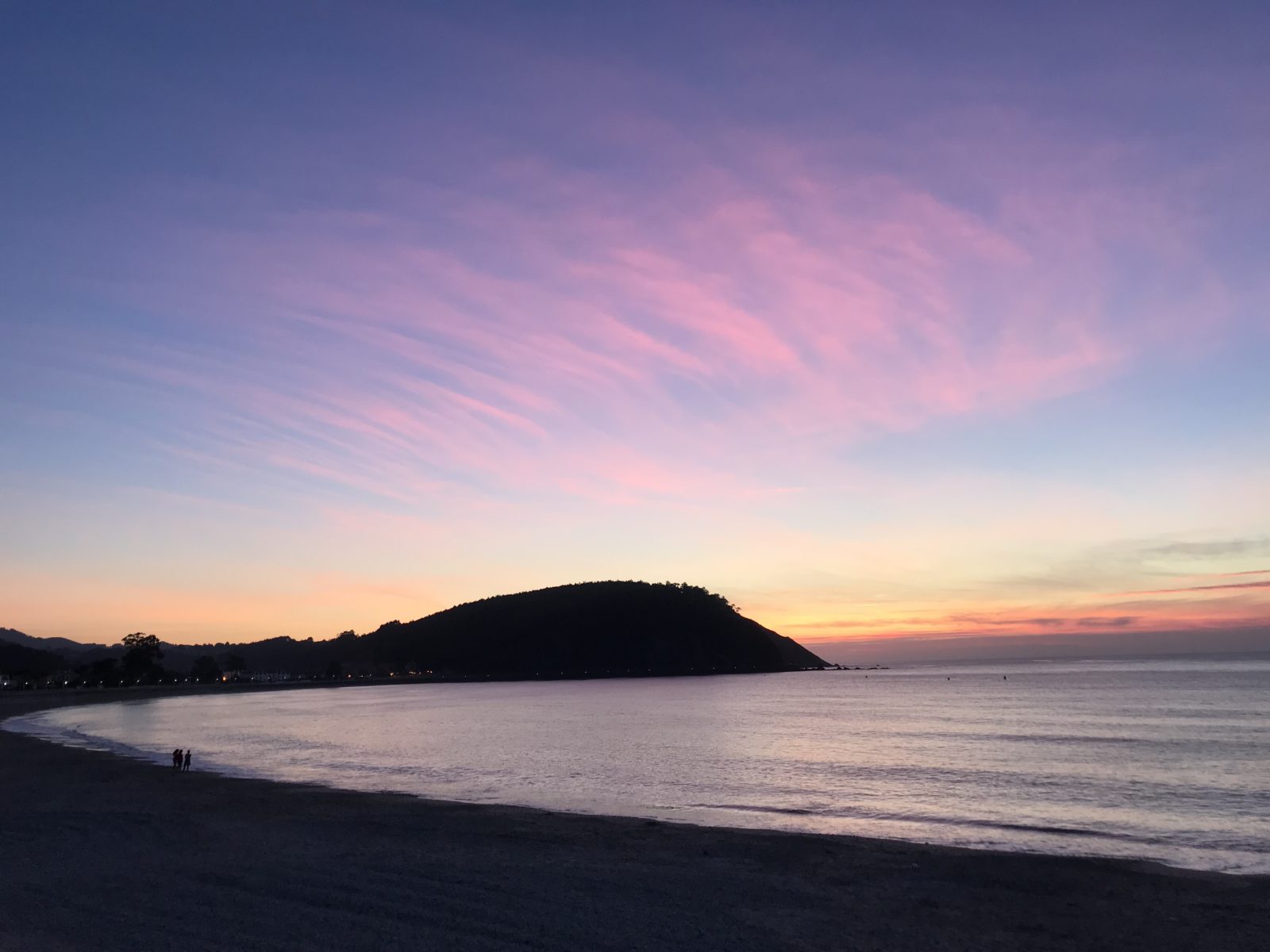 Both Asturias and Cantabria, two of Spain’s northern-most regions, are known for rainy and chilly weather, even in summer, which makes them the perfect escape from sweltering temperatures and heat waves. This was the idea I had for my husband’s birthday, and even though it backfired on me (I even got sunburned!), that just means that there won’t be another three-day stretch of sunshine there for the rest of the summer.

First we went to Ribadesella and stayed at a hotel a 3-minute walk from the beach. (Hence the sunburn.) Ribadesella is set along an inlet, so the town center is on one side, and the newer development and hotels on the other, but it is less than ten minutes walking from one to the other. Ribadesella also has the famous Tito Bustillo cave, where prehistoric paintings of horses were found on the cave walls in the 1960s. Only 120 visitors are allowed in per day, and they were currently booked out until August, so it’s good to make reservations a month or so in advance. Finally, there is also a church set on top of a cliff overlooking the coast, which can only be reached by hiking up by foot, and which has stunning views of the surrounding area. 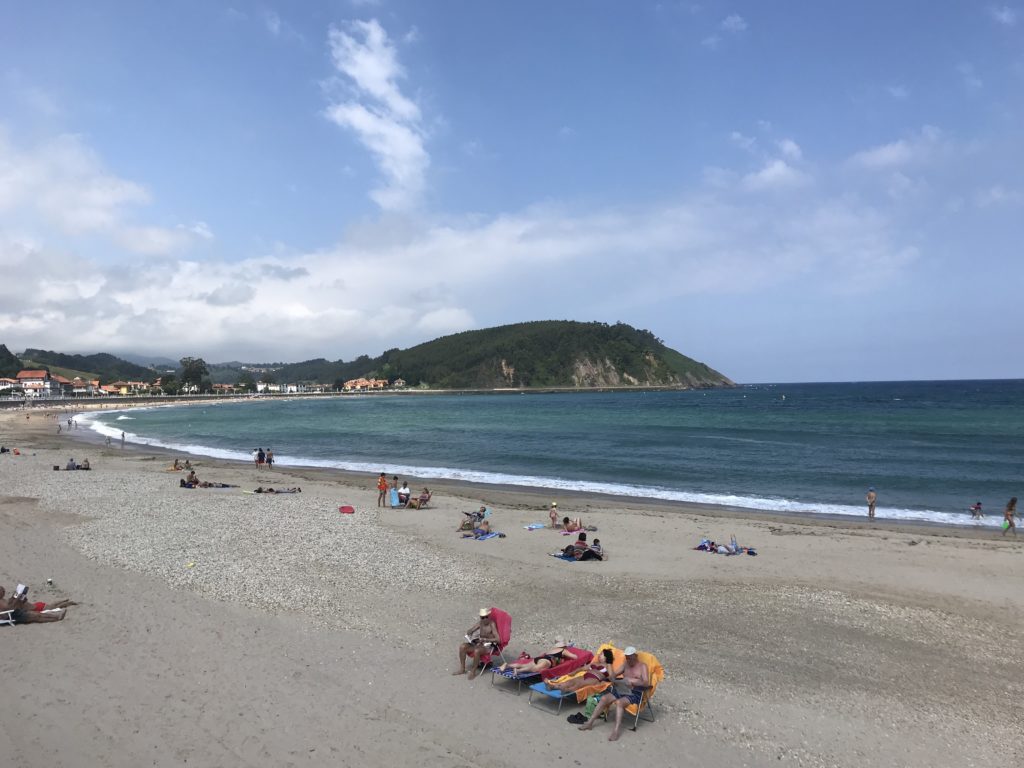 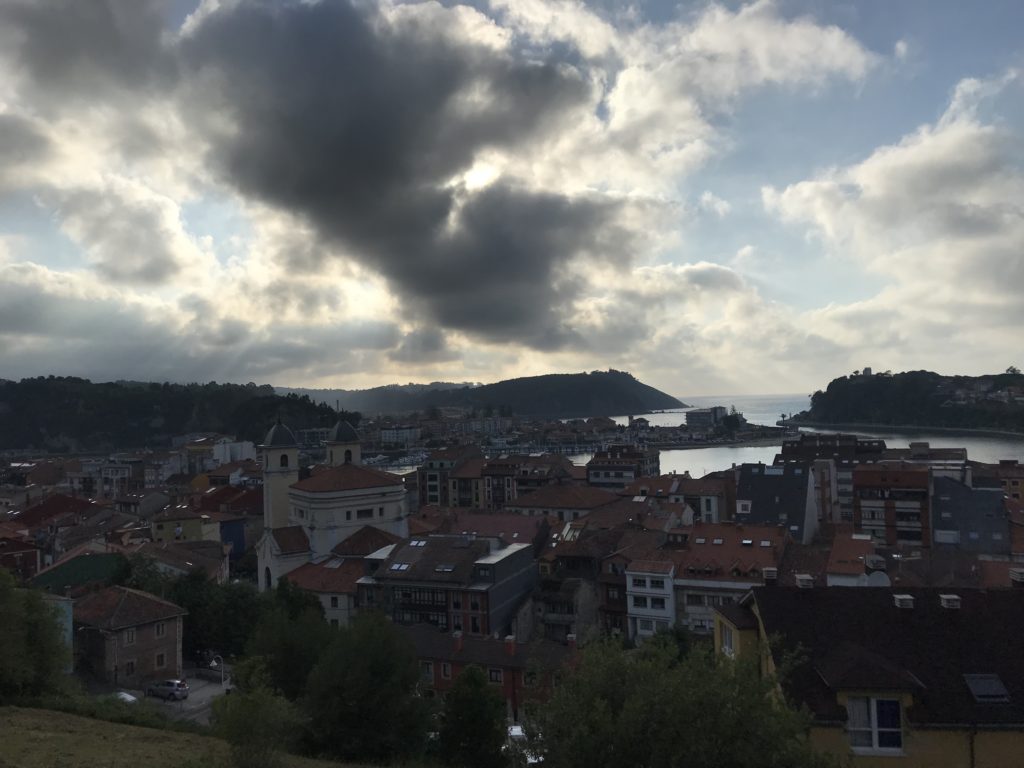 A mere 40-minute drive from Ribadesella sits Covadonga, known for its sanctuary-church built in the middle of the mountains (and on top of a smaller one) with spectacular views. It has to be amazingly beautiful in the autumn with all of the changing leaves. There is also a small portrait museum there, and a chapel set into a cave dug into the side of a mountain. 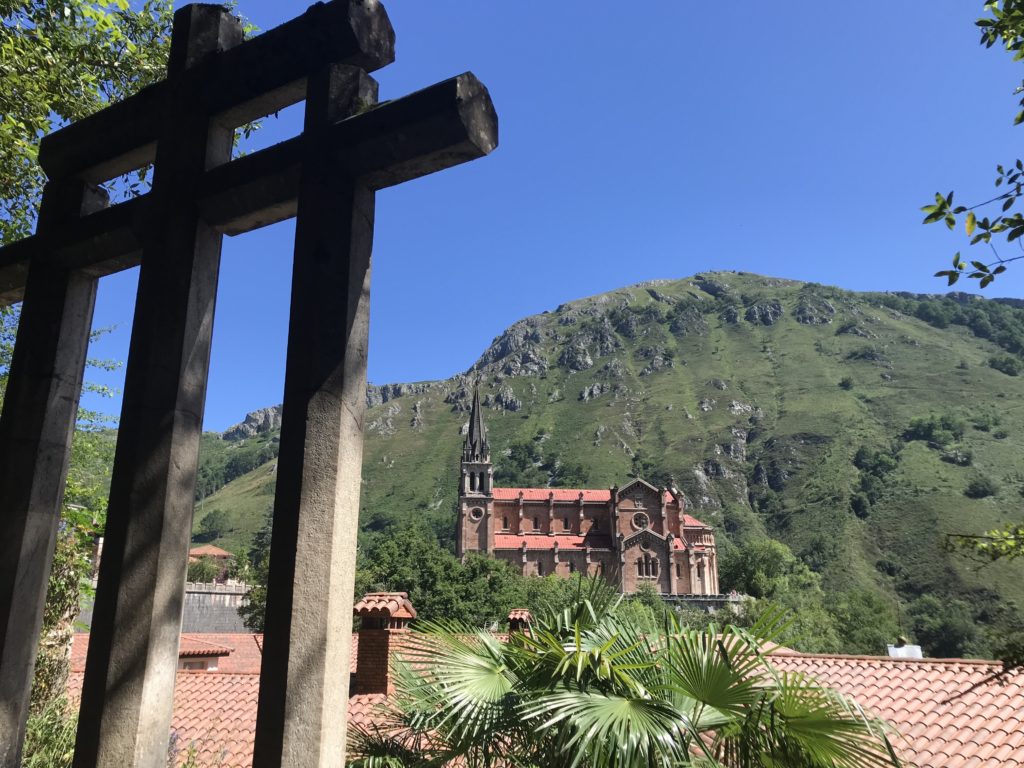 The last village we visited in Asturias was Cangas de Onís, relatively bigger than the other two villages (Covadonga has a population of 54!) but really just a nice spot to stop for lunch. There is a striking Roman bridge and the center of town had quite a few tourist shops (Covadonga had none) and cute terrazas from which to choose for lunch. We had Asturian fabada, a paprika-filled bean stew.

On our way back home, we stopped in the Cantabrian pueblo of San Vicente de la Barquera (quite a mouthful, I know). For being such a small village, it had a castle and a large church with a mirador, which offered beautiful views of the sea. A long street parallel to the water provided more than enough restaurants to choose from for another lunch, and that’s more than enough for a single village. 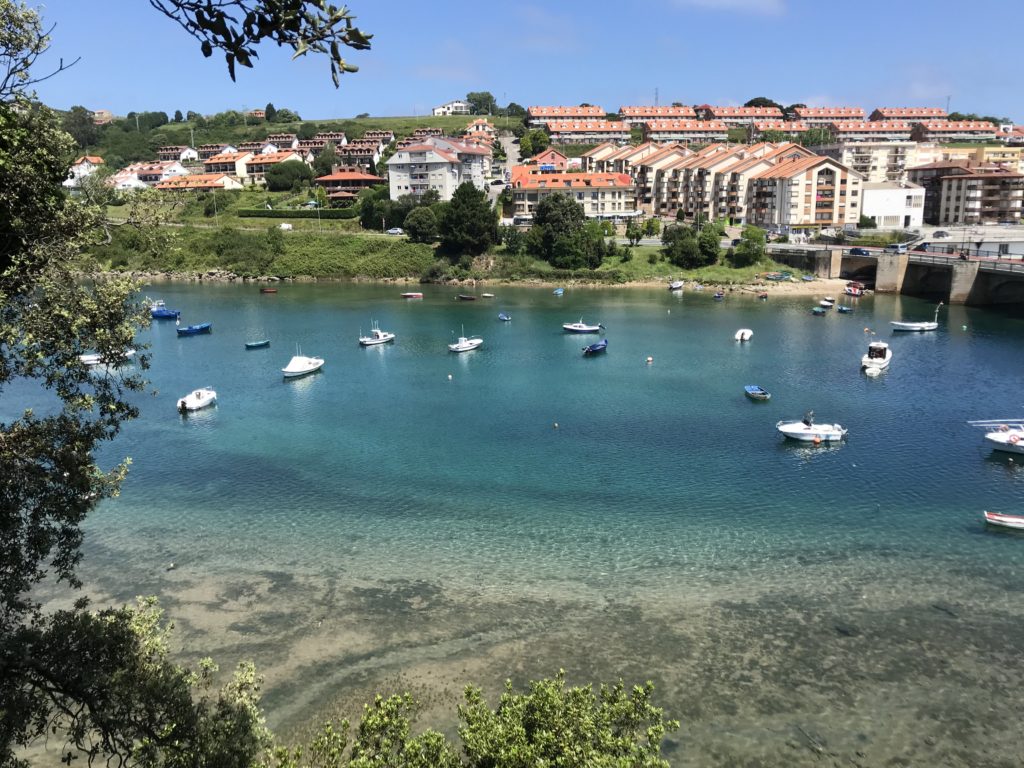 The landscape of Cantabria and Asturias, particularly Asturias, is markedly different from the flat, rolling, yellow plains of Castilla y León, with lush, green mountains on one side, and the sea on the other. It makes for a nice change, especially when the temperatures are 20 degrees lower in the summertime!