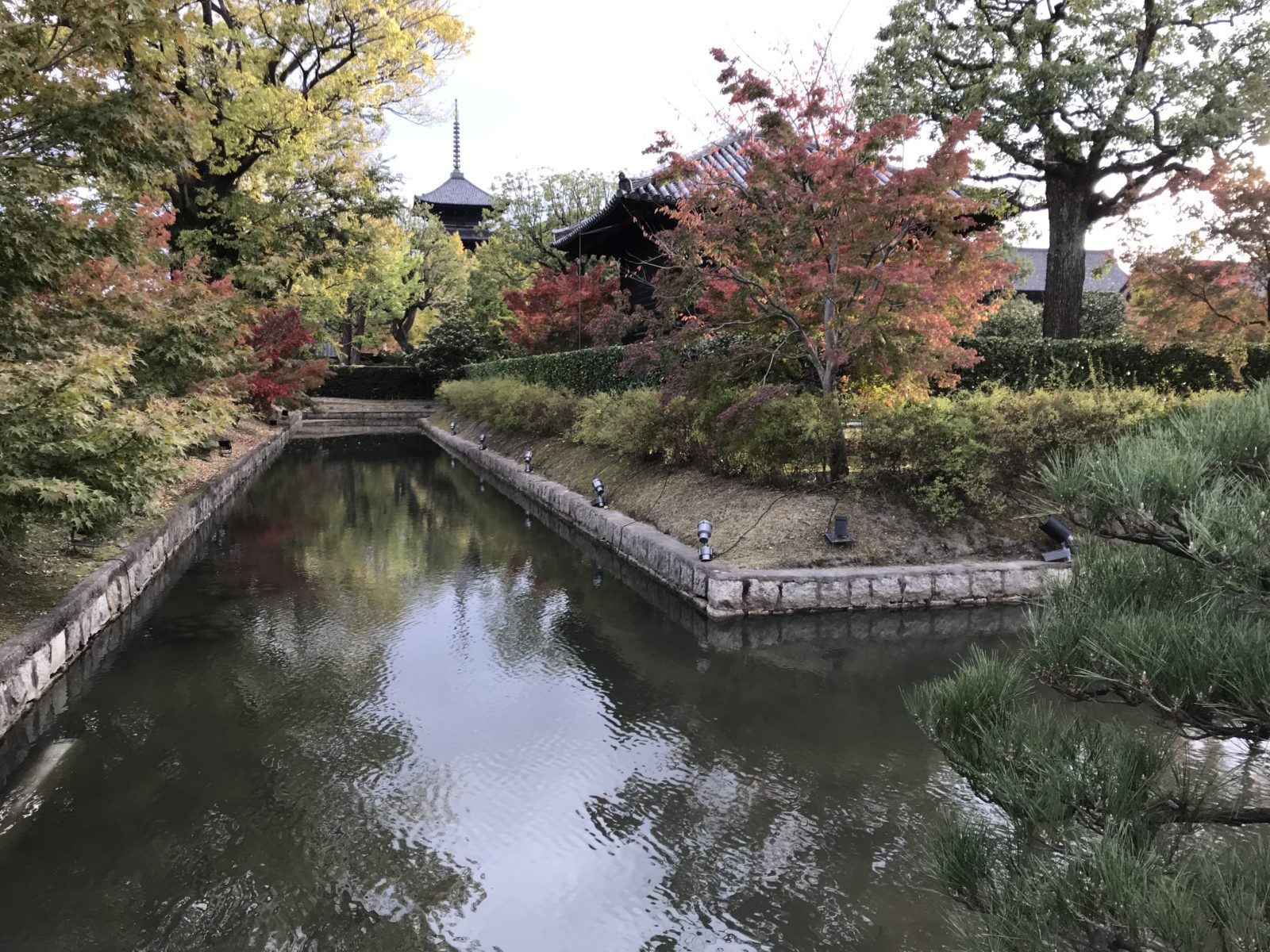 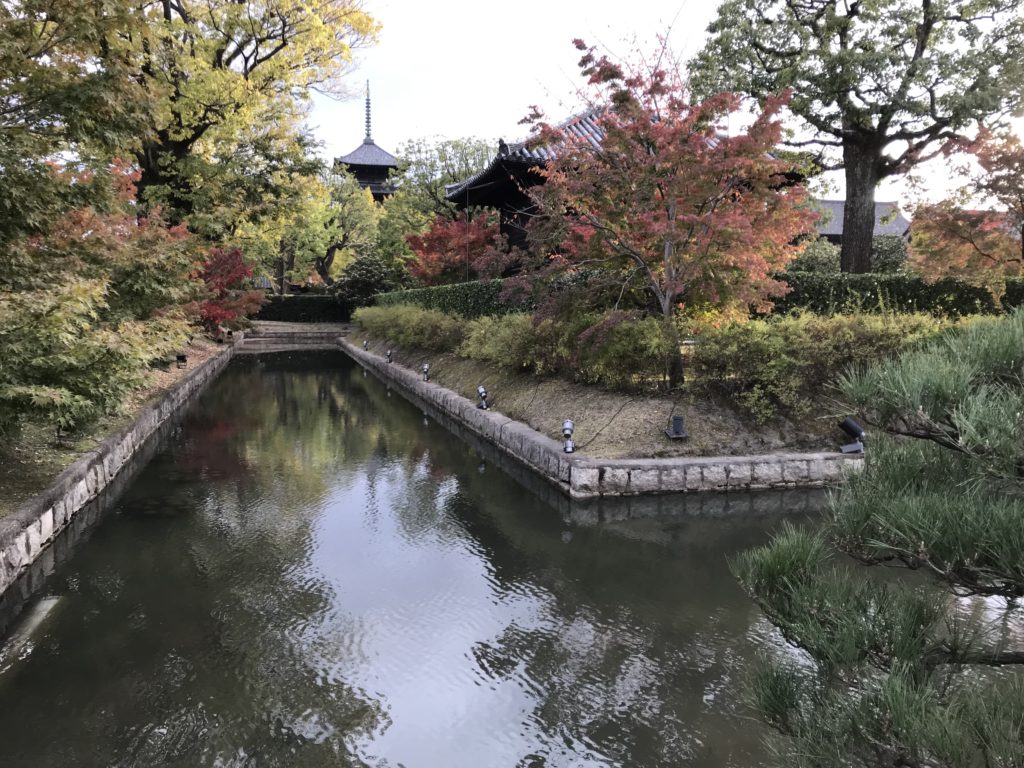 Out of the most popular places in Japan, I think Kyoto is perhaps the famous (maybe besides Tokyo). It is known for its traditional, narrow streets and the geisha lifestyle of another time. That is maybe why I was most excited to see Kyoto, and while it definitely has its charm, and my top two sites in all of Japan, at the end of the day it is simply another enormous city with a not-so-good transportation system.

As soon as we had arrived and dropped our bags, we headed straight Fushimi Inari-taisha temple. I’m sure you don’t recognize the name, but you will recognize the pictures: bright orange poles with black characters carved into them that create a walkway that stretches for kilometers. Although crammed with people (what wasn’t really?) we managed to get some really gorgeous pictures along the way. And of course with every Japanese temple comes the Japanese garden and the rest of the complex, but I was there for the walkway. 😉 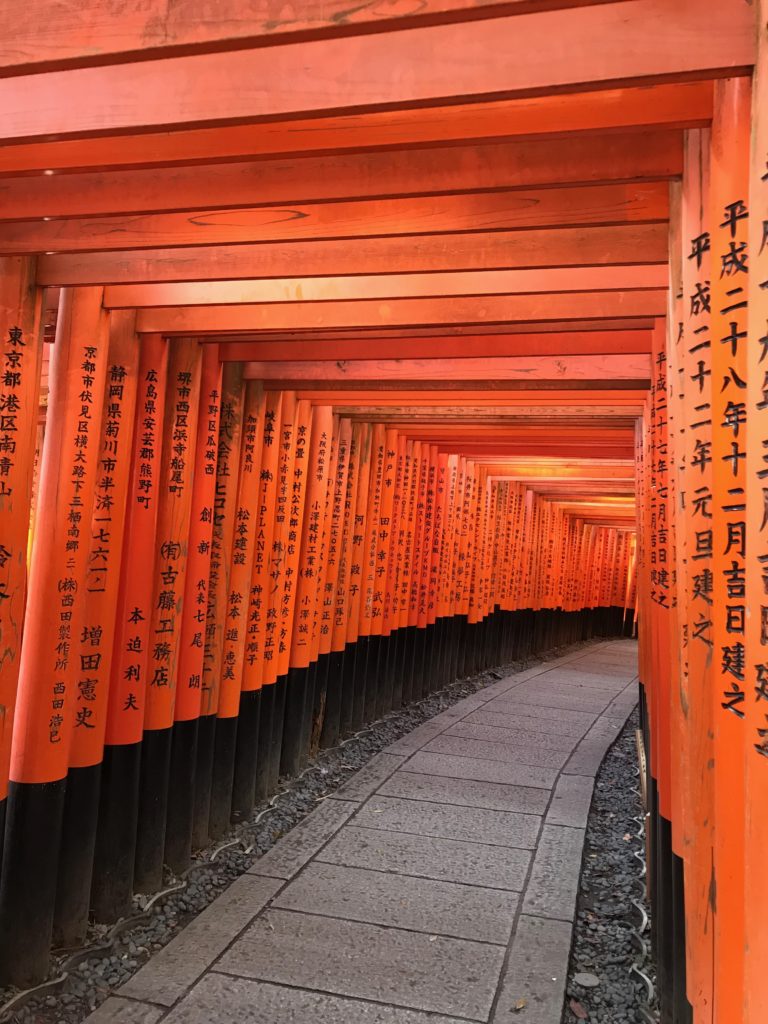 We also went to the Sanjūsangen-dō temple, which featured 1,001 life-sized statues of the goddess Kannon. Unfortunately no pictures of the statues were allowed, so sad face there, but the complex itself was nice. We also tried to go the Kyoto National Museum, but the permanent exhibition was closed in favor of the temporary exhibition on ancient swords, which for my husband and I wasn’t worth the $15 entrance price. Onwards.

The Kyoto tower offered stunning views of the city and surrounding mountains at sunset, and then we took a walk through the Gion district, where geishas used to promenade and entertain. The National Theater was impressive, and right next to it we stumbled on a whole store filled with the toy machines where for a paltry sum of coins you get a gift in a plastic container. Is there a name for these?! If so, please tell me, because obviously I don’t know it! 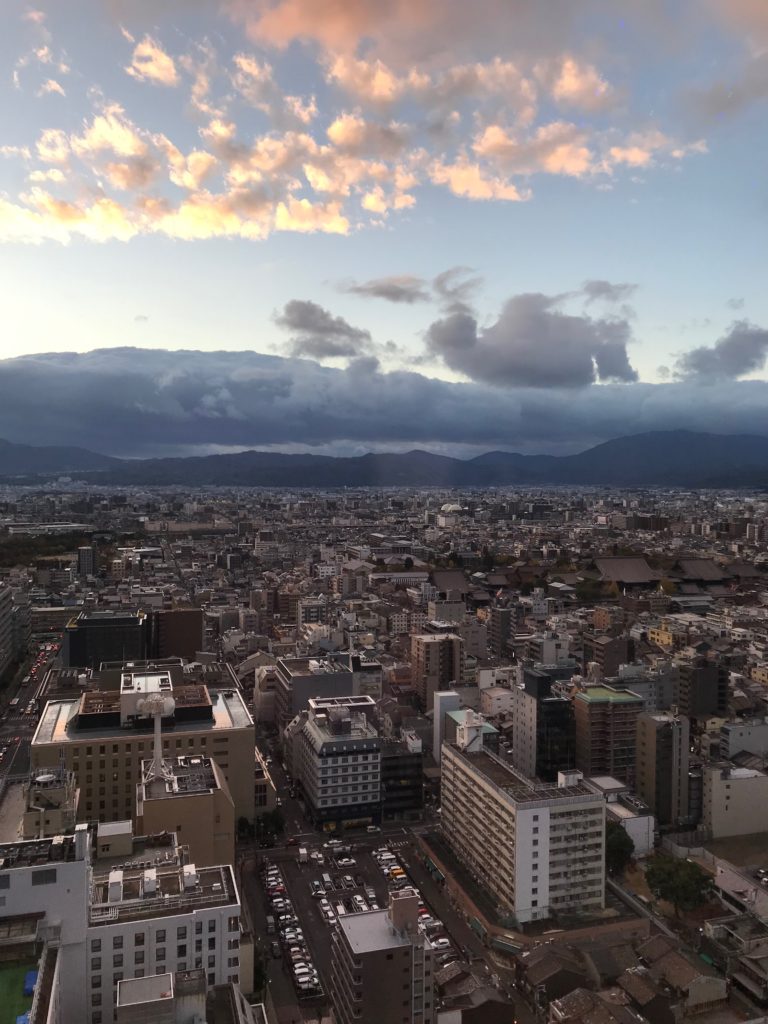 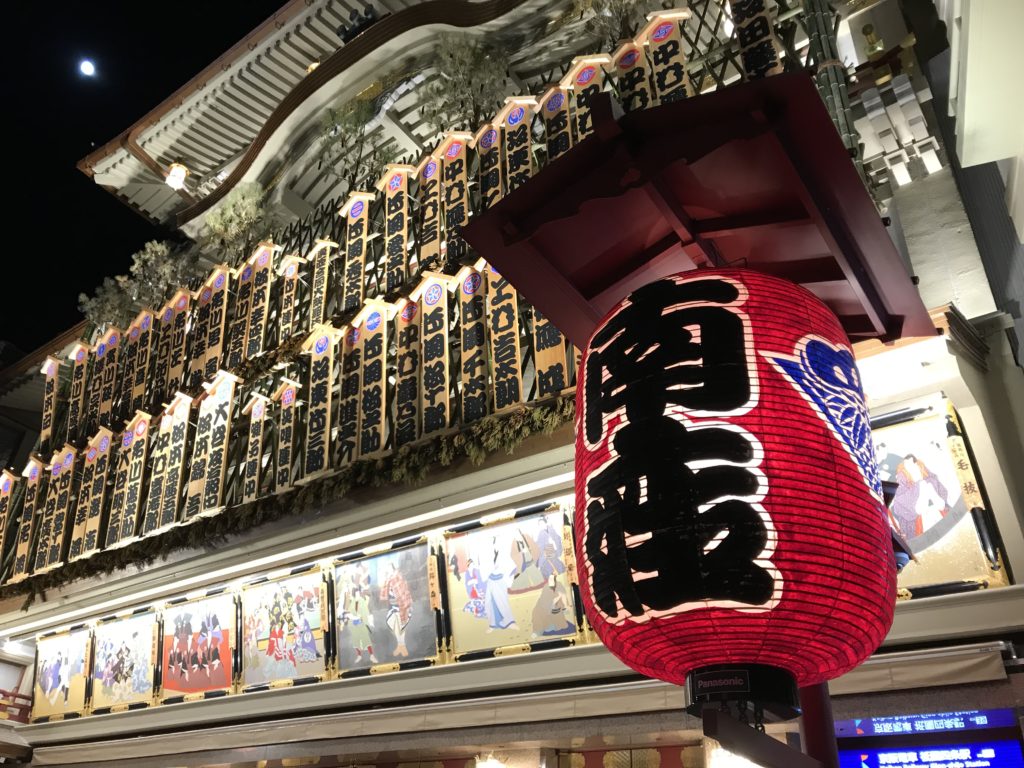 For dinner we went to the Ponto-chō area, which contained a long (very long) alley of restaurants all jammed in together, in a traditional neighborhood of Kyoto, and also right next to the river, which made for a nice nighttime stroll. 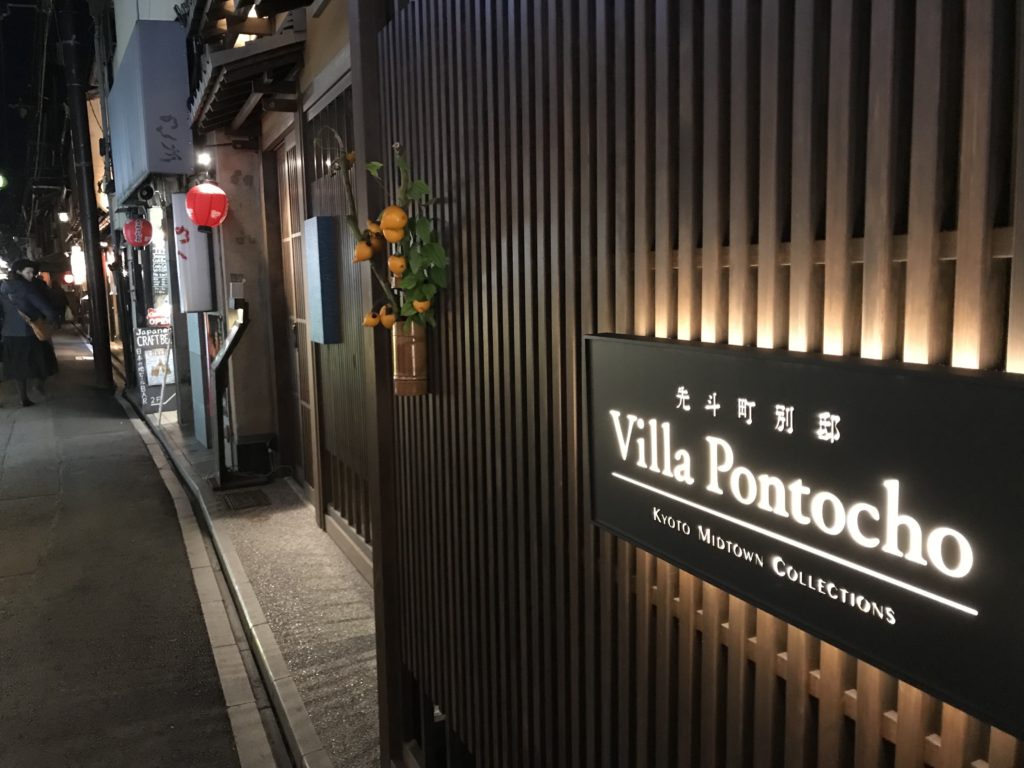 Up bright and early the next morning—we spent two days in Kyoto, but like I said in my last post, we could have easily stayed for five—we headed straight to my other top destination…the Arashiyama Bamboo forest. Wow. Whenever most people (or at least me) think of bamboo, we think of a panda eating it, am I right? This bamboo, while maintaining its width and size, were all the height of normal trees, or maybe taller than them. So majestic. There was also a shrine dedicated to blessing marriages at the entrance, which made for a nice moment of reflection. 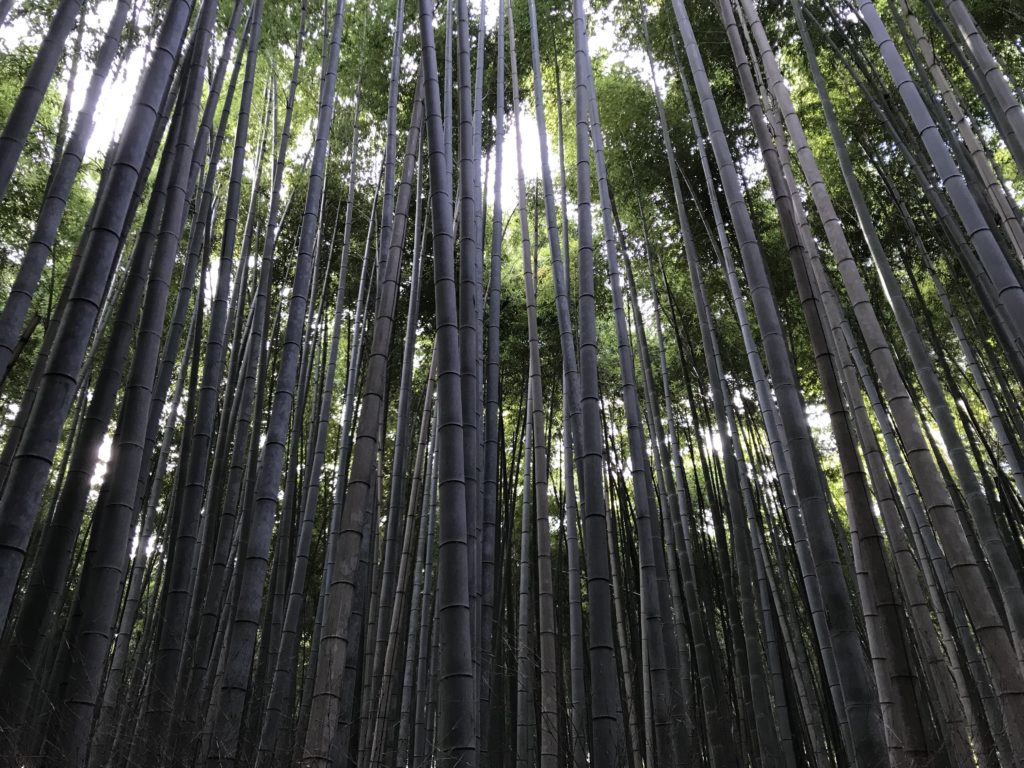 Next stop was the Golden Pavilion, or Kinkaku-ji temple, located very far from where we were, and so it took about an hour to get there on the most crowded bus I’ve ever been on in my life. Haha! But the Golden Pavilion was resplendent: set behind a small lake and surrounded by fall foliage, it was breathtaking. As breathtaking as it could be while appreciating it with 50 other people all elbowing to get the best picture. Sorry for my sarcasm, but I have to give you the full picture! 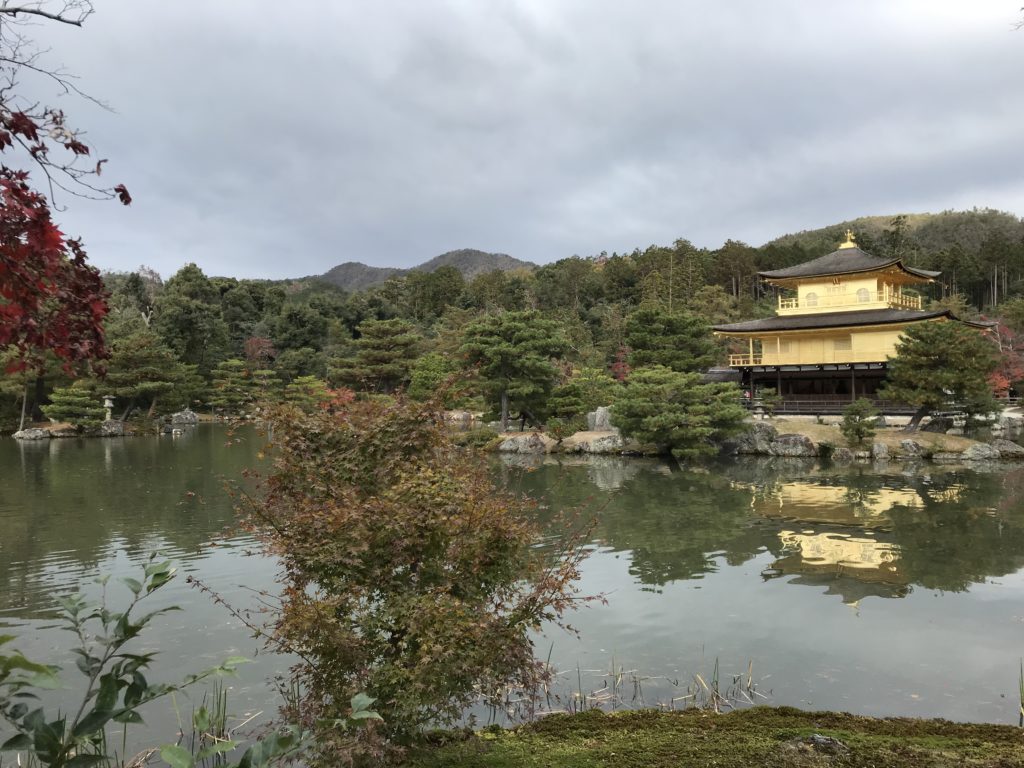 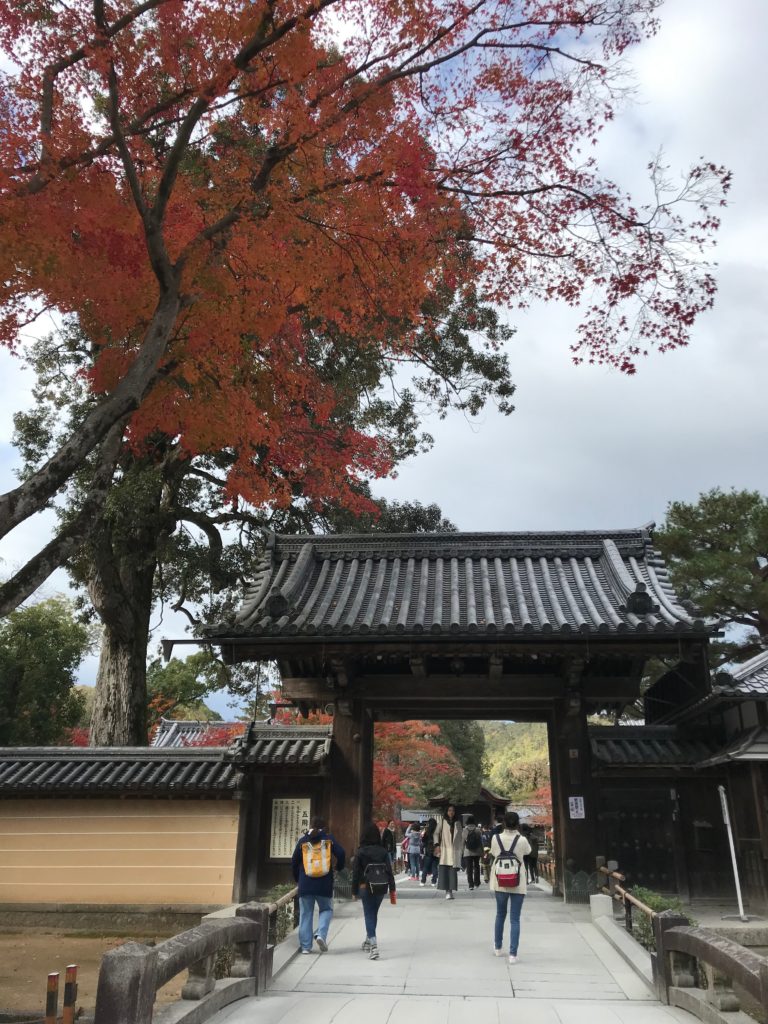 We continued on to the Nijo Castle, which had a lovely exhibit of pre-Edo artwork, and then took a walk through the Kyoto Imperial Palace Park on our way to the Nishiki Market, where we had a bit to eat. We also met a group of Japanese grandpas playing Pokemón and played with them for a little bit, although the lack of a common language didn’t help very much. 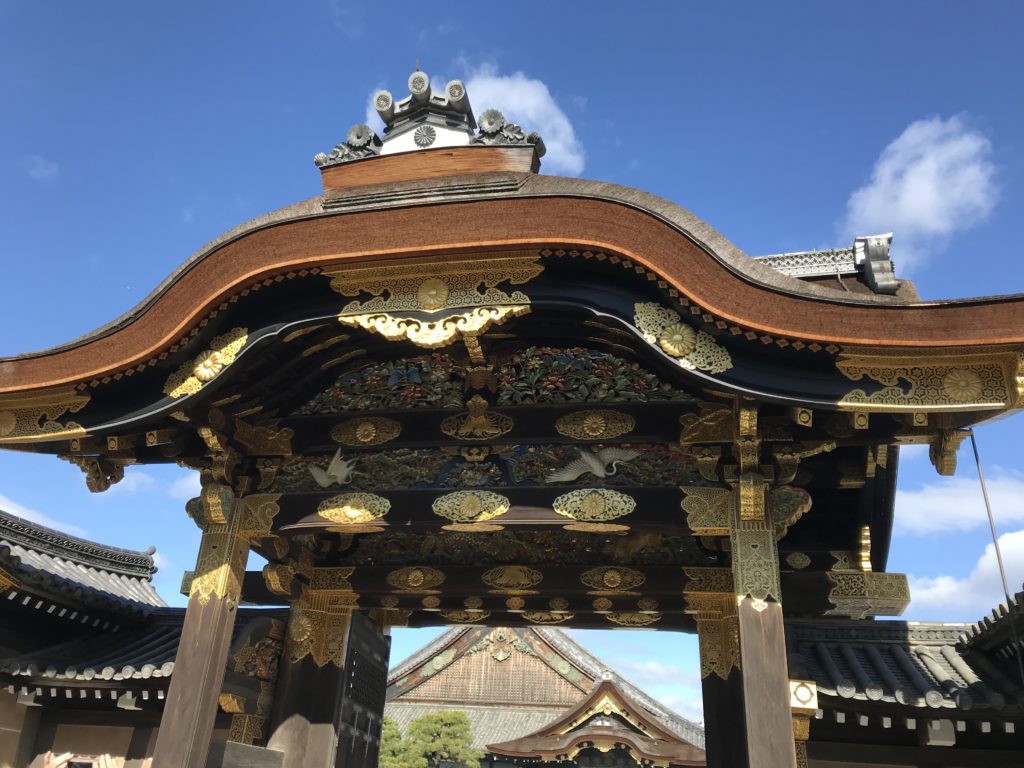 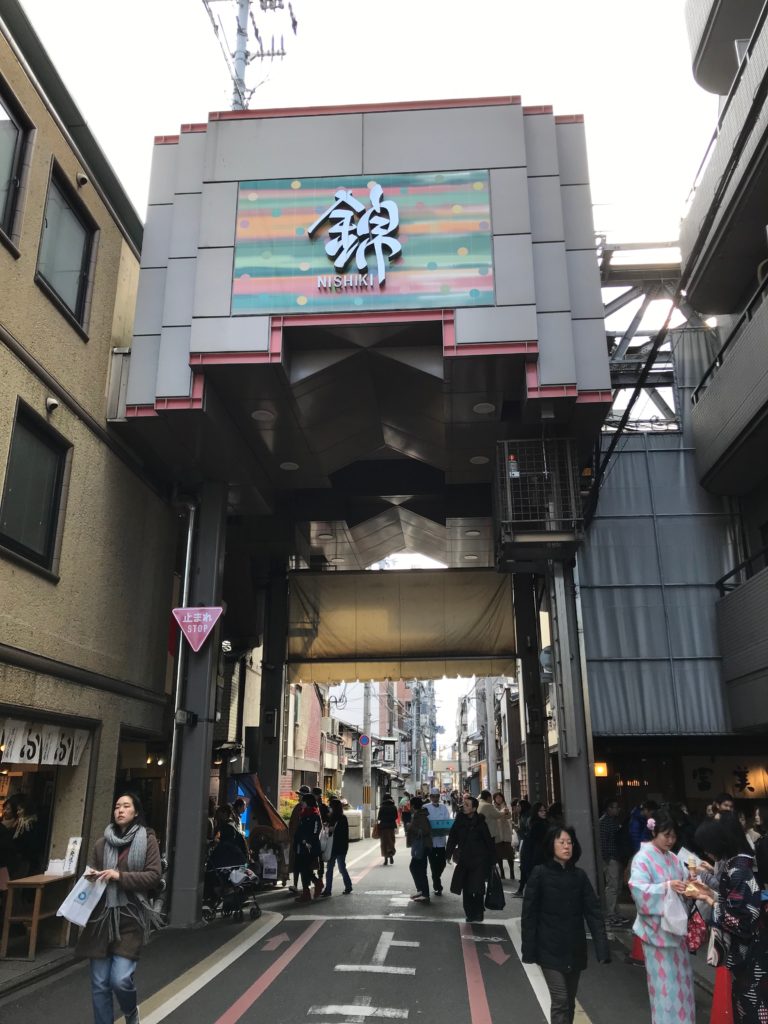 The last place on our list was the Tō-ji temple, the tallest in Japan. Also set behind a small lake and surrounded by autumn colors, the temple was impressive to say the least. There was almost too much beauty to be seen in not only Kyoto, but in all of Japan. I’m pretty much running out of adjectives! Two days was undeniably not enough time to fully appreciate Kyoto, and we had to skip many things we wanted to see, but everything we did see was wonderful. 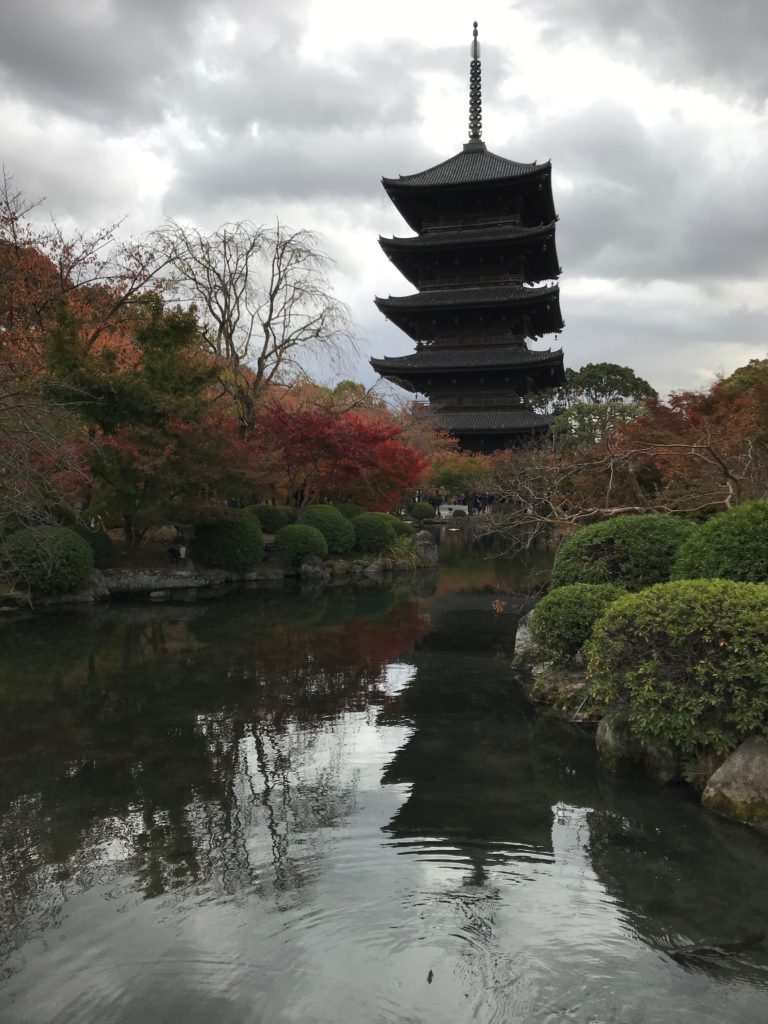 Next on my list is Osaka, Nara, and Himeji. As soon I can write it, it’ll be here.