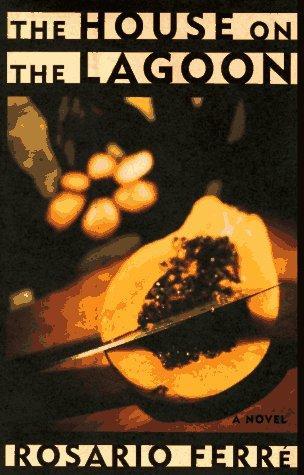 “My grandmother always insisted that when people fall in love they should look closely at what the family of the betrothed is like, because one never marries the bridegroom alone but also his parents, grandparents, great-grandparents, and the whole damned tangle of the ancestral line.”

This is the opening line of “The House on the Lagoon,” a novel written by Rosario Ferré, and defines this book perfectly. Right from the beginning, you know what the theme of this book is. Yet one doesn’t become bored knowing the theme at all–in fact, the opposite happened with me.

The way Ferré unravels her story keeps the reader interested. She begins with the story of Isabel, who is narrating the novel, and her then-betrothed Quintín, and the story of their lives.

But like the opening lines state, it’s not just the story of them. It’s also the story of their parents, their grandparents and even their great-grandparents. So Isabel starts with Buenaventura, Quintín’s father, who emigrated to Puerto Rico from Spain when he was in his 20s.

Ferré does an excellent job of describing each character so you remember who is who, which is important considering the amount of characters she is dealing with–around 25.

At the end of each of the three sections that the novel is divided into, Quintín narrates, and in the first of these we discover that the chapters we are reading are actually Isabel’s novel of the story of their lives. Quintín, the stereotypical Puerto Rican male, the powerful husband, the cold, stoic father, is enraged when he finds Isabel’s novel. But he does a curious thing. Instead of following his instinct and destroying the chapters, he makes notes in the margins and puts it back in its hiding place.

Isabel and Quintín dance around the novel for the rest of the story, and as it develops, the reader realizes that Isabel’s grandmother was right–Isabel married Quintín’s whole family, and has no way to escape from it, no matter how apinful her life becomes.

What she finally does in the end is a statement to all women who are battered in any way, whether it be physically, emotionally or mentally by the men they love–that they can rise above their situation and overcome their tragedies, and that it is never too late to make a new life.

Ferré’s message to women is all too clear. You are strong enough, you have what it takes, and you deserve to be loved by someone who is respectful, caring and appreciative no matter what. No exceptions.

Isabel’s way of depicting this is by writing it all down, and then taking action.

Ferré’s novel is an incredibly poignant tale that portrays life for women in Puerto Rico as it was throughout the century through the lives of Isabel and Quintín’s ancestors. But it doesn’t just describe women’s lives and hardships in Puerto Rico. It could be describing women anywhere, even in the U.S., and her message is loud and clear: women are strong enough to demand respect, and they certainly don’t need abusive men in their lives to live happily.

Women are strong and independent beyond belief.

And that is a message for all women to live by, and certainly one that is worth hearing, reading, and appreciating.