All I can think about is when I will be able to hop on a flight again to a different country and have a new adventure, and the irony is that I don’t even really enjoy flying! So for this Badass Women, I decided to go with a woman who opened up a sector for the women of her day, and for all the rest of us to come. 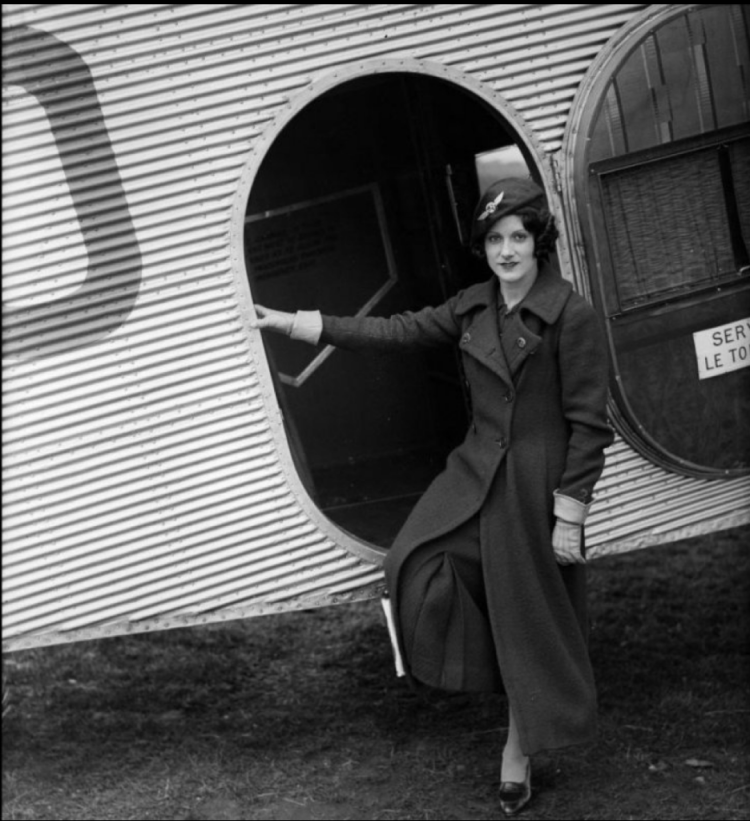 Ellen Church is considered the first female flight attendant, and embarked on her first flight in 1930. She was trained as both a nurse and a pilot, and originally applied to work as a pilot but was turned down because of her gender.

However, she convinced the manager of Boeing Air Transport in San Francisco that it would be prudent to hire flight attendants who were also trained nurses so that people would be more comfortable flying, and she was put in charge of recruiting other women to work as flight attendants. Her flight attendant career ended abruptly after 18 months when she sustained injuries from a car accident.

Even though her time as a flight attendant was short lived, she is a stellar example of a woman who, by fighting for her right to do the work she loved so much, stood up for the rights of all women. After her accident, she returned to work as a nurse, and enlisted in the army during World War II to work as a flight nurse in the Air Force.

Originally from Cresco, Iowa, she lived the rest of her life in Terra Haute, Indiana where she was the hospital administrator at Union Hospital. The municipal airport in Cresco, Iowa is named after her in her honor.