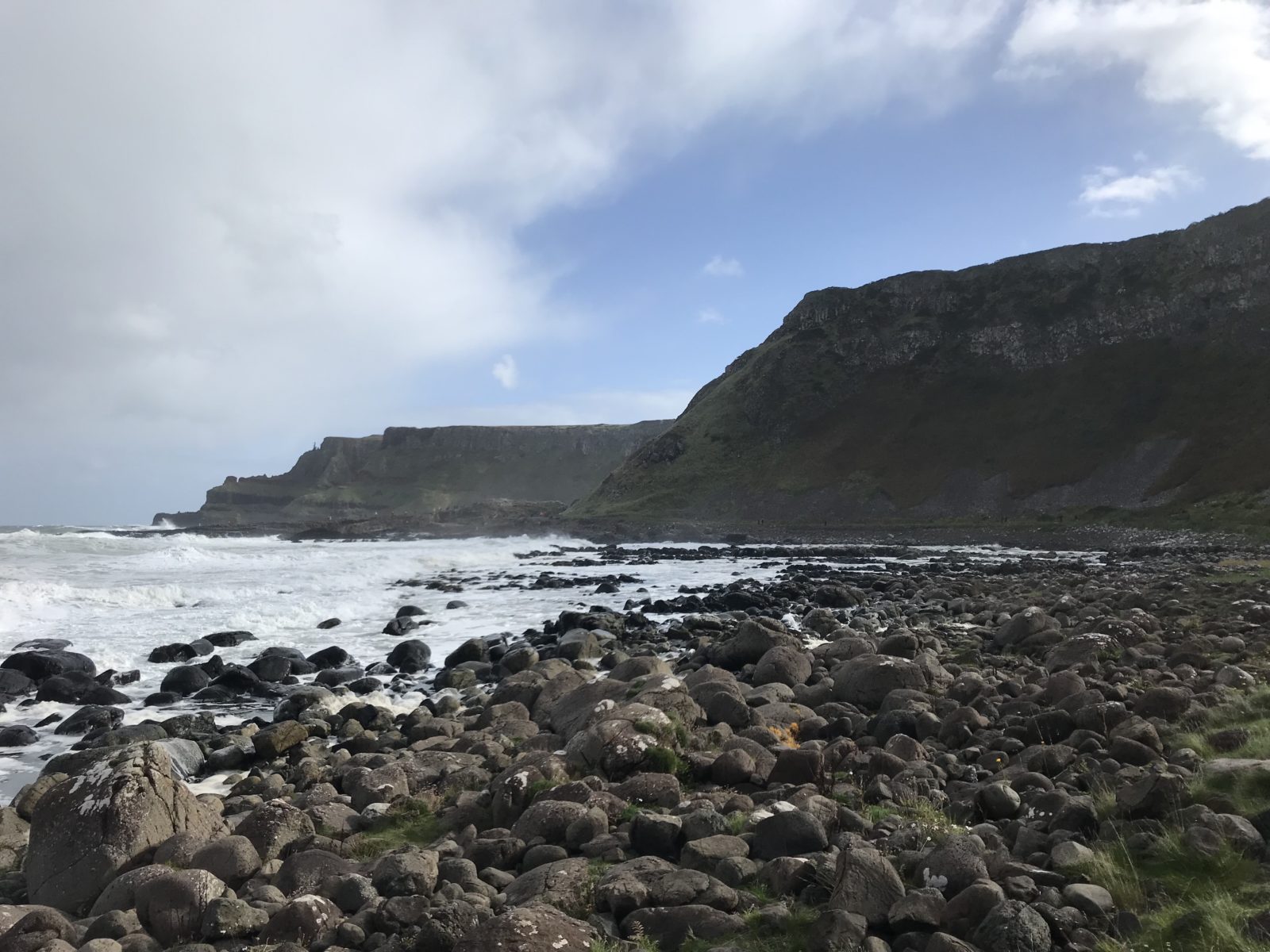 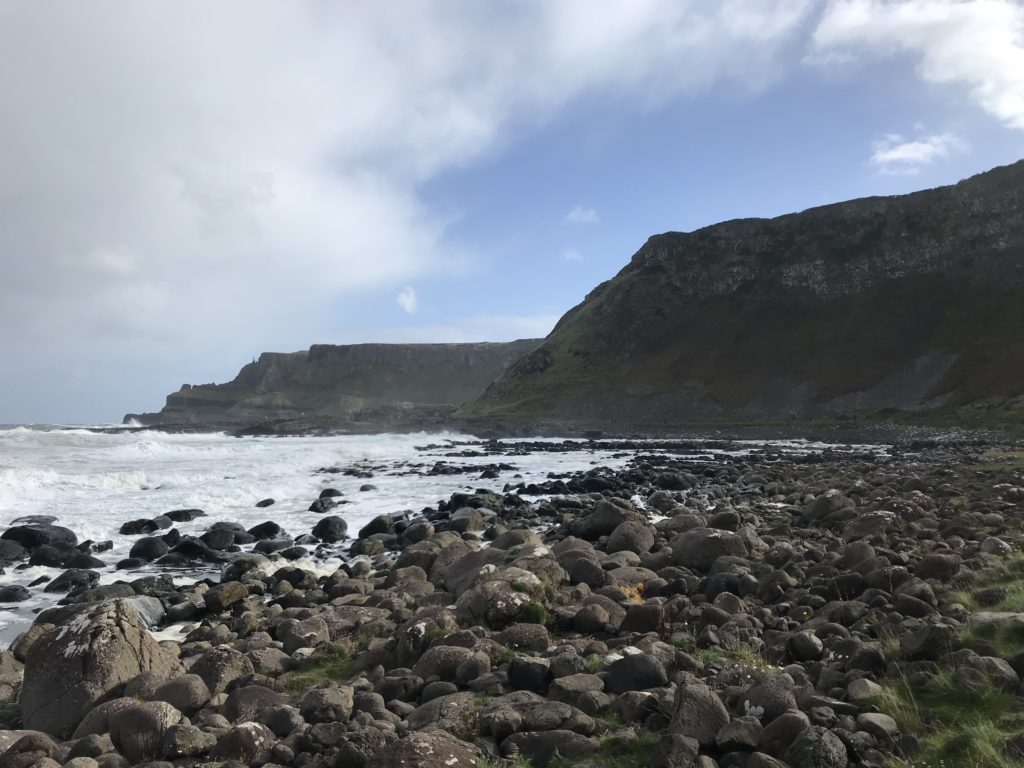 Recently I had a friend who was traveling around the United Kingdom for a couple of months and we decided to meet up in Belfast, the last capital of the UK that I hadn’t already been to. We stayed for three full days (with two travel days), and this was the perfect amount of time to see the major parts of the country.

Day 1: Belfast. One of Europe’s smallest capitals with just 330,000 people, Belfast city center is quite small and easily walkable. We started at the city hall, which features an impressive statue of Queen Victoria in front of it. She was the first monarch to declare Belfast a city, and they love her—there is a Queen street, the Queen’s University, statues of her all around, and even a clock tower dedicated to her husband Albert. 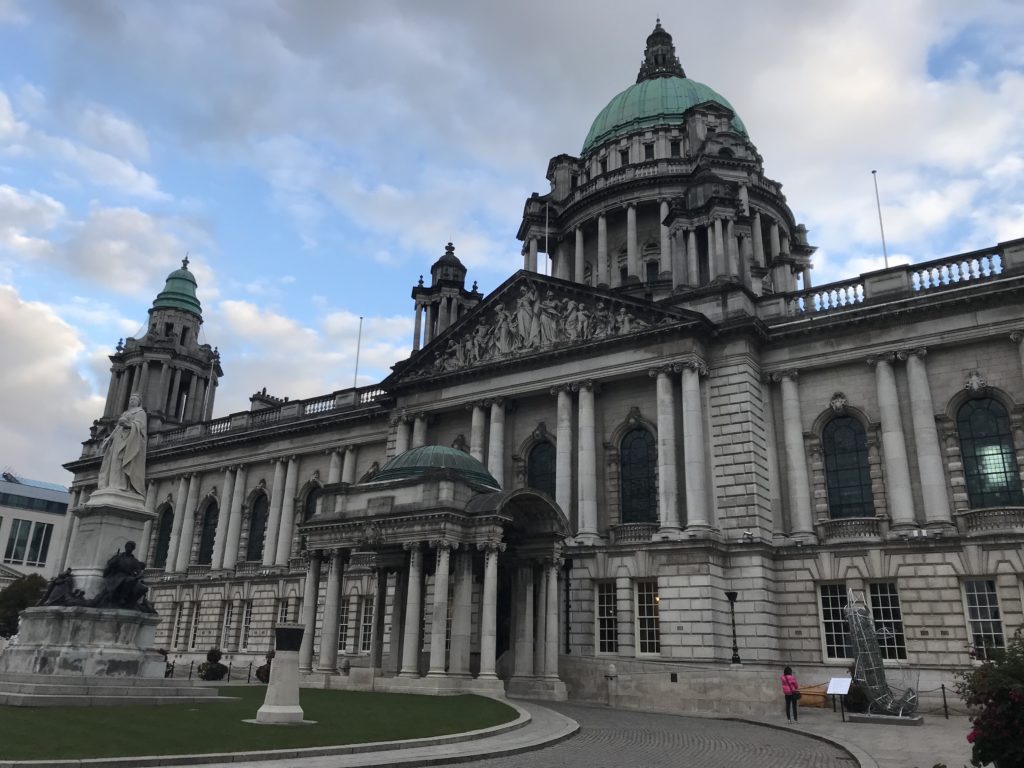 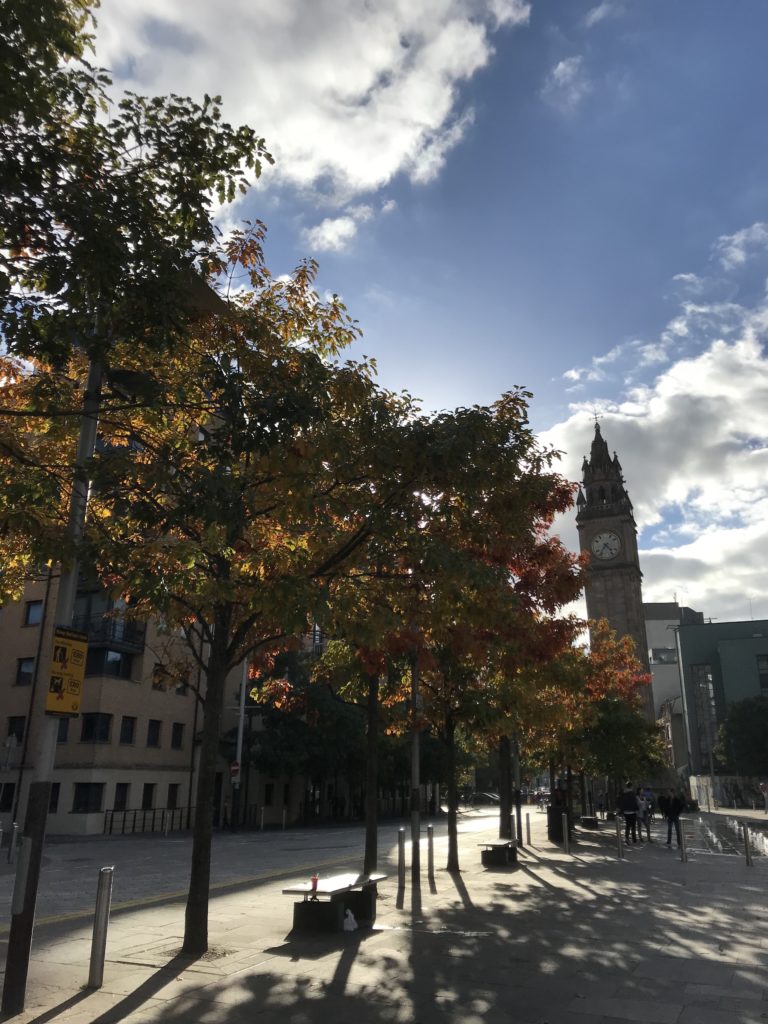 After walking around the center, we had lunch at St. George’s Market, a lovely weekend (Fri-Sun) market that has a wide variety of food stalls in addition to things like paintings, blankets, and touristic items. There was everything from traditional Irish stew to Indian to Cuban to vegan food. 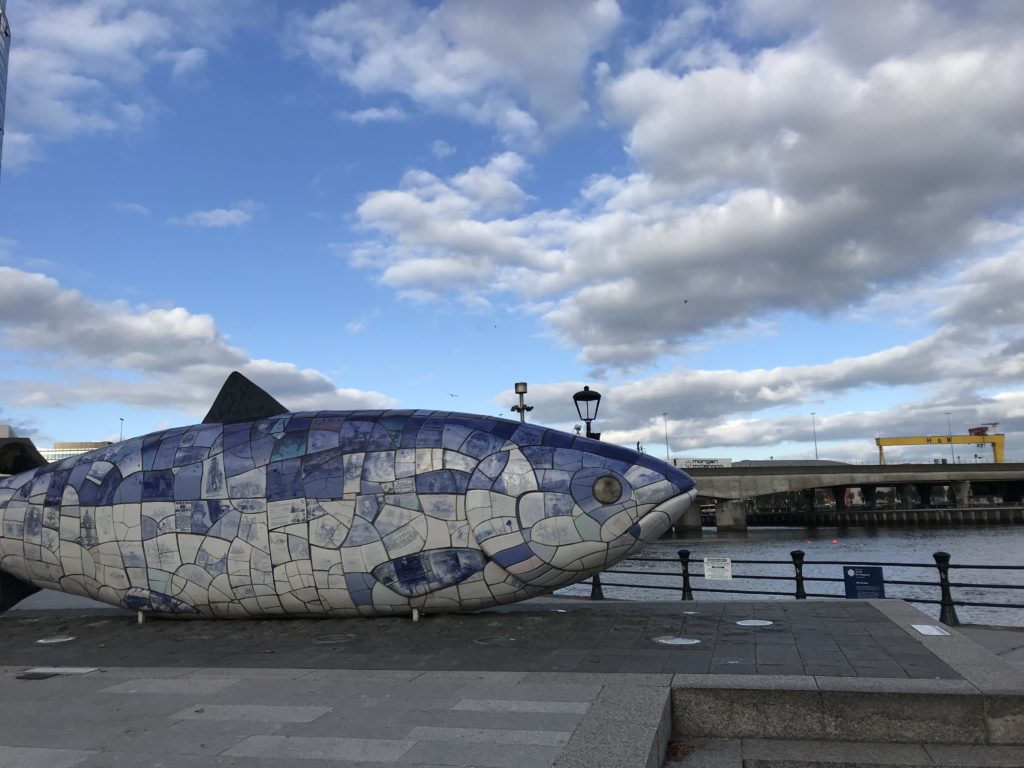 There are two main museums in Belfast; the first is the Ulster Museum, which has a small art exhibit and also a very interesting Northern Irish history exhibition; and the second is the Titanic Museum. The Titanic was built in the Harland and Wolff shipyard of east Belfast and there is now a humongous museum there in its honor. It is an impressive building, but the museum itself has an entrance fee of 18.50 pounds! Needless to say, with that steep price, we chose instead to visit the Belfast Castle, a bit outside of town but easily reachable on the city bus. From there, there are beautiful views of the city and the sea in the distance, and it is a great place to have a cup of tea and relax. 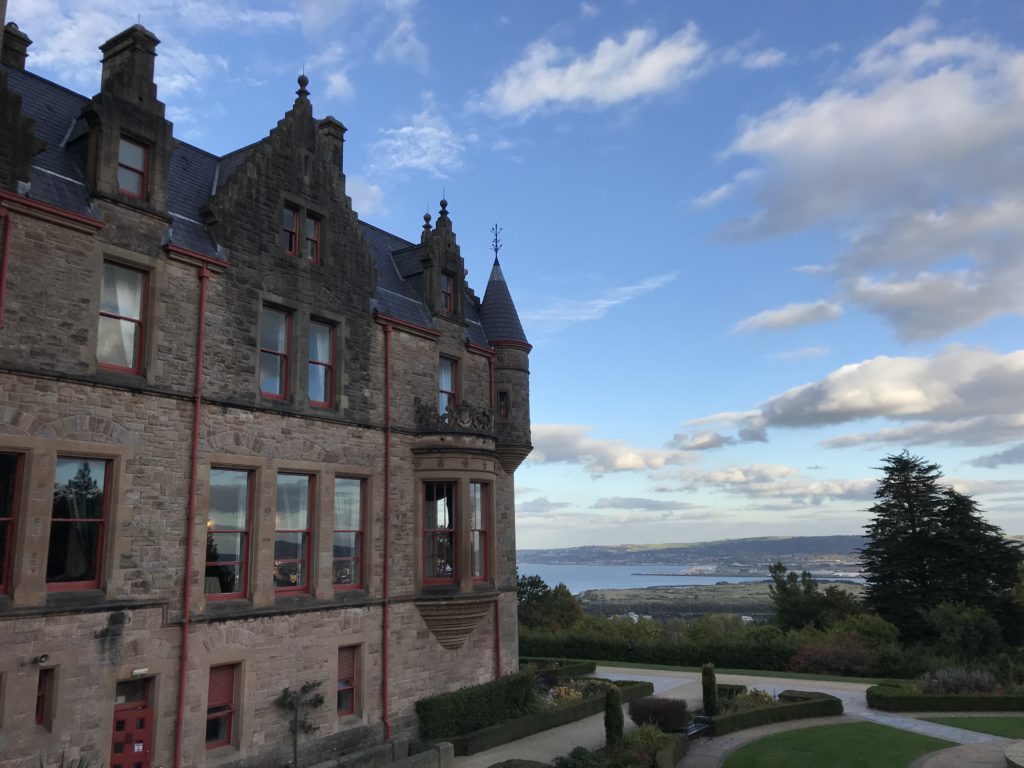 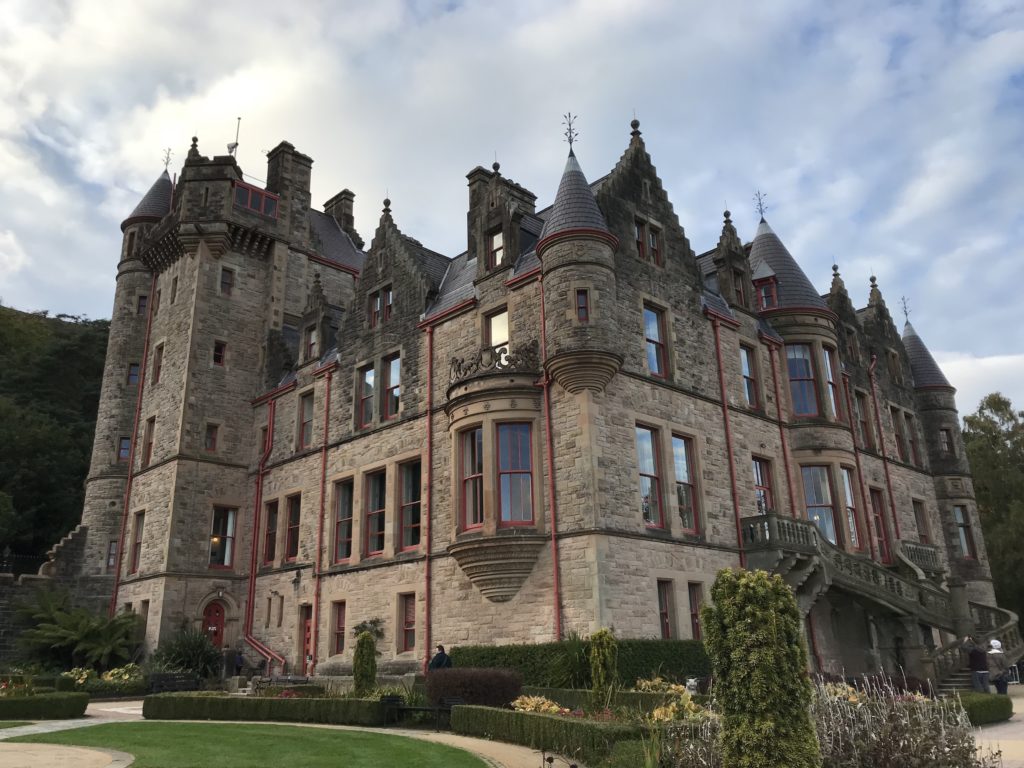 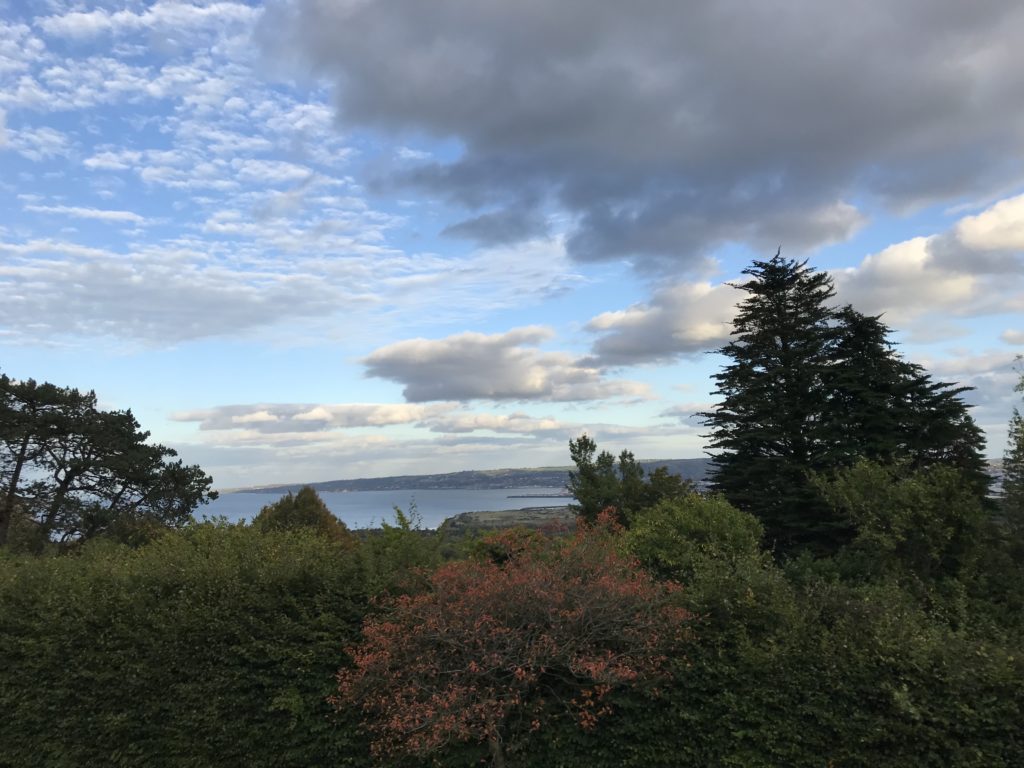 Day 2: The Giant’s Causeway. One of the most popular day trips from Belfast is the Giant’s Causeway on the northern coast, and we chose a private tour company to take us not only there, but also to a few other places nearby. We spent most of the morning at the Giant’s Causeway, large rock structures all along the coast with trails that begin at the top and go right down to the water, and then back up again, and then went to the ruins of Dunluce Castle which is nearby. 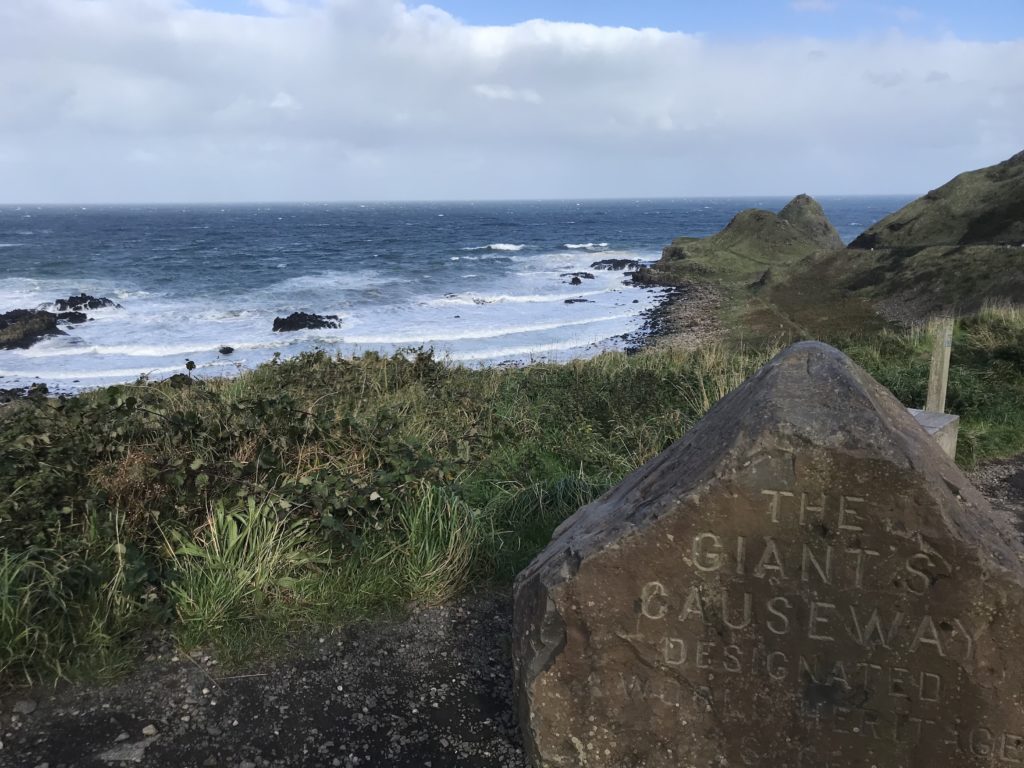 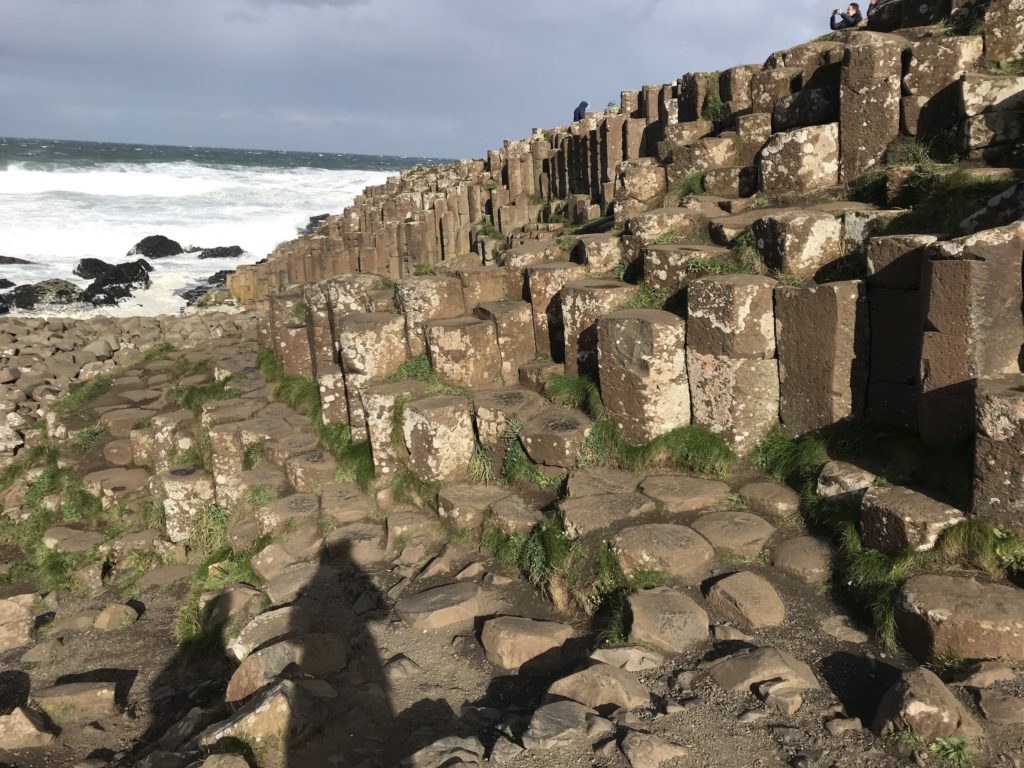 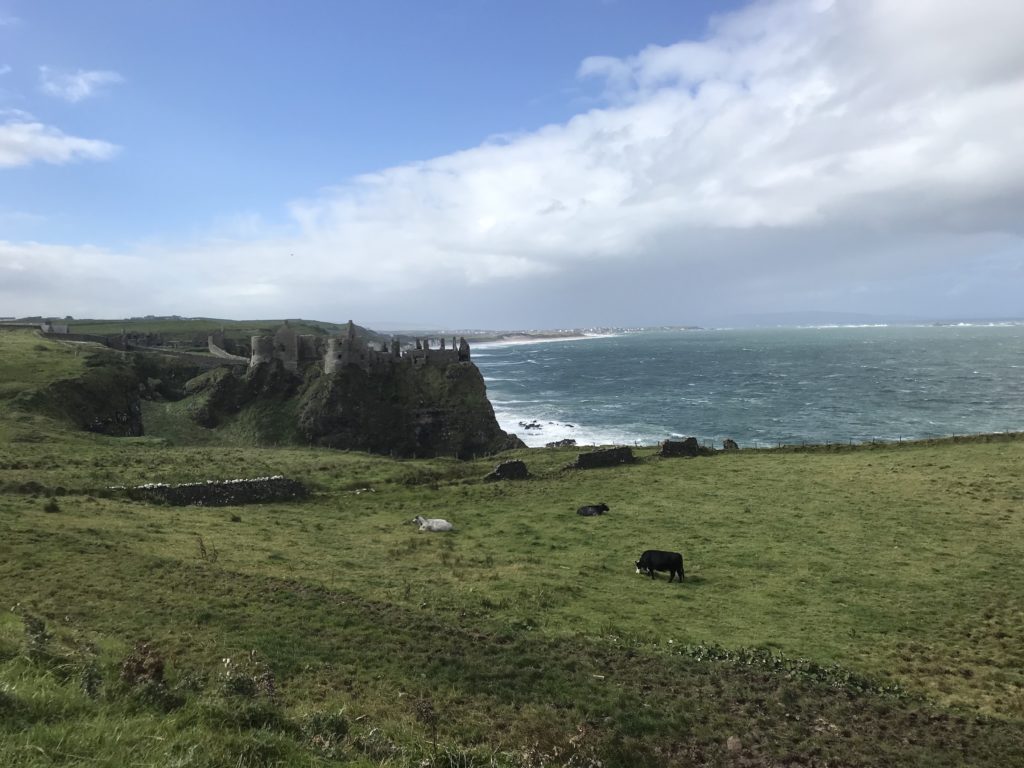 Next was a stop at Carrick-a-Rede Rope Bridge, which unfortunately we were not able to cross because of the wind—I’ve never experienced wind like that before, I thought my glasses were going to be swept right off of my face!—and finished the tour with a stop in the town of Bushmills, which features one of the oldest whiskey distilleries in the country. Not being whiskey drinkers, we wandered around the nearby town and had a cup of tea, a recurring theme on our trip if you couldn’t tell. 😉 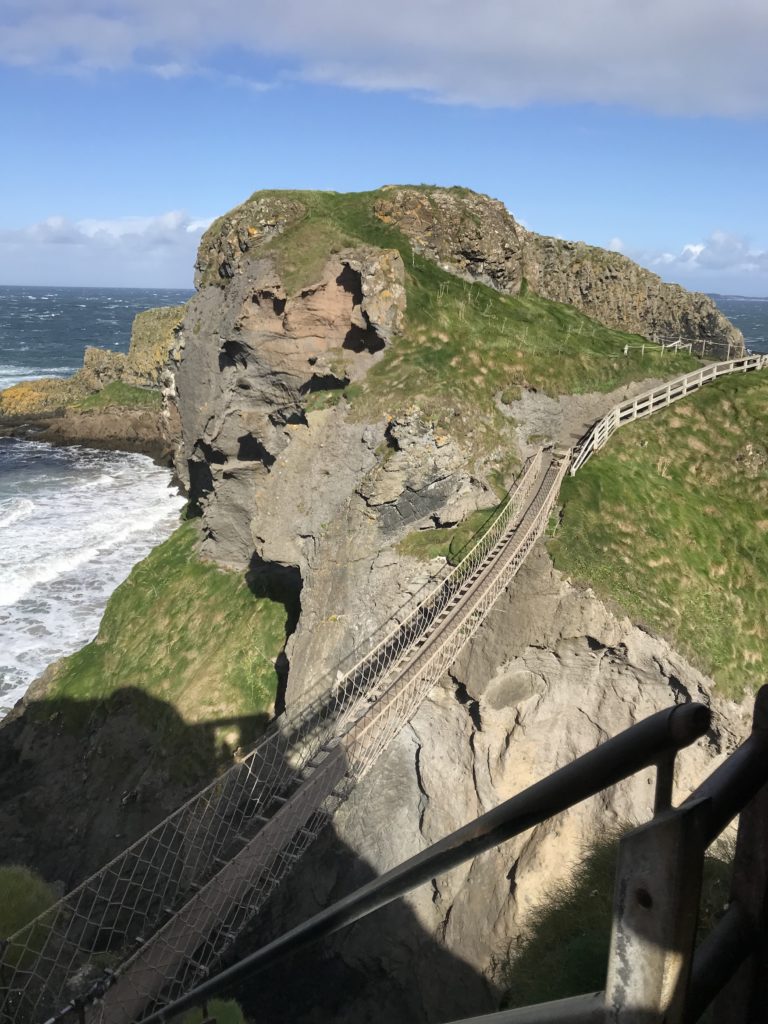 Day 3: Derry. Originally for our last day, I had wanted to take the ferry across to the Isle of Man, but was discouraged to learn that the ferry only goes two days a week and thus was impossible. If it is possible to go to the Isle of Man, I would suggest adding another day on to your trip! If it’s not possible, another good option is to go to the city of Derry, Northern Ireland’s second-largest city (85,000) and the site of the infamous Bloody Sunday.

That’s not its only claim to fame, however: it is one of the last cities in Europe (along with Avila, in Castilla León!) to still have the medieval walls surrounding the city. They are kept in tip top shape and can be walked along for their entirely, offering wonderful views of not only the surrounding area, including St. Eugene’s Cathedral, but also the churches and the Guildhall on the inside. 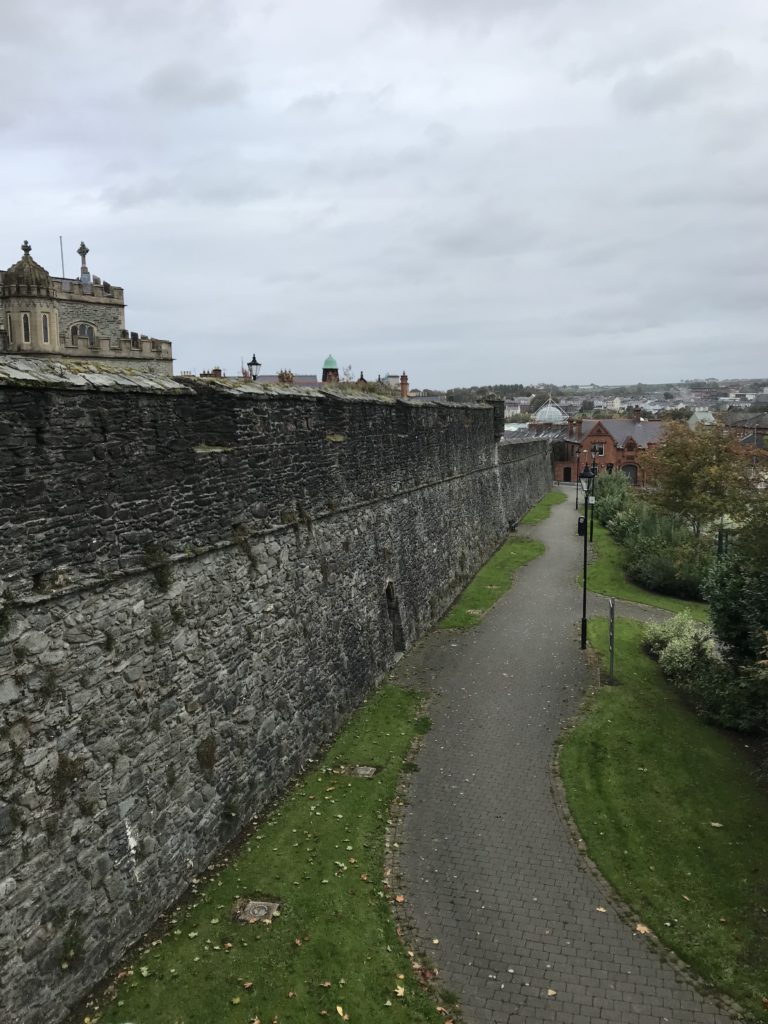 After walking around the walls, we went a bit outside of town to the Free Derry monument, which is also surrounded by murals on the buildings around it, promoting peaceful protest and civil disobedience. Famous figures depicted in the murals included Mother Teresa, Martin Luther King, Jr., and Che Guevara. 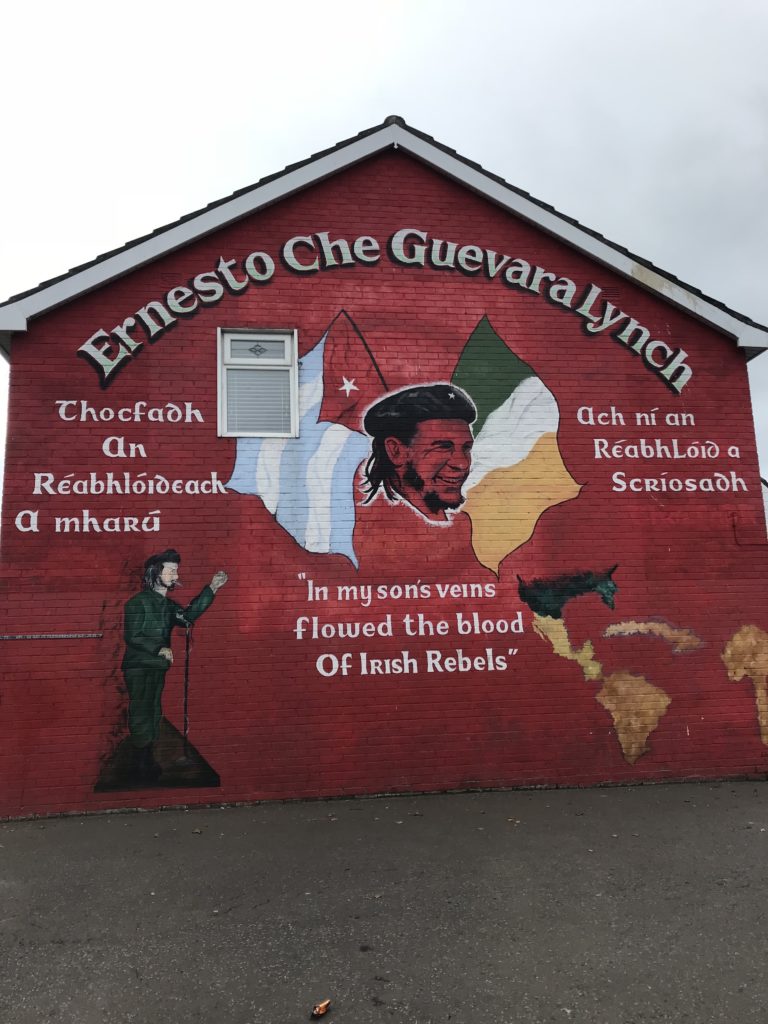 Although often overshadowed by London, Edinburgh, and other extremely popular places in the UK, Belfast is definitely worth the visit and should not be missed! It’s so easy to get around, and is also easy to see in a few short days. Another amazing place checked off my never-ending list. 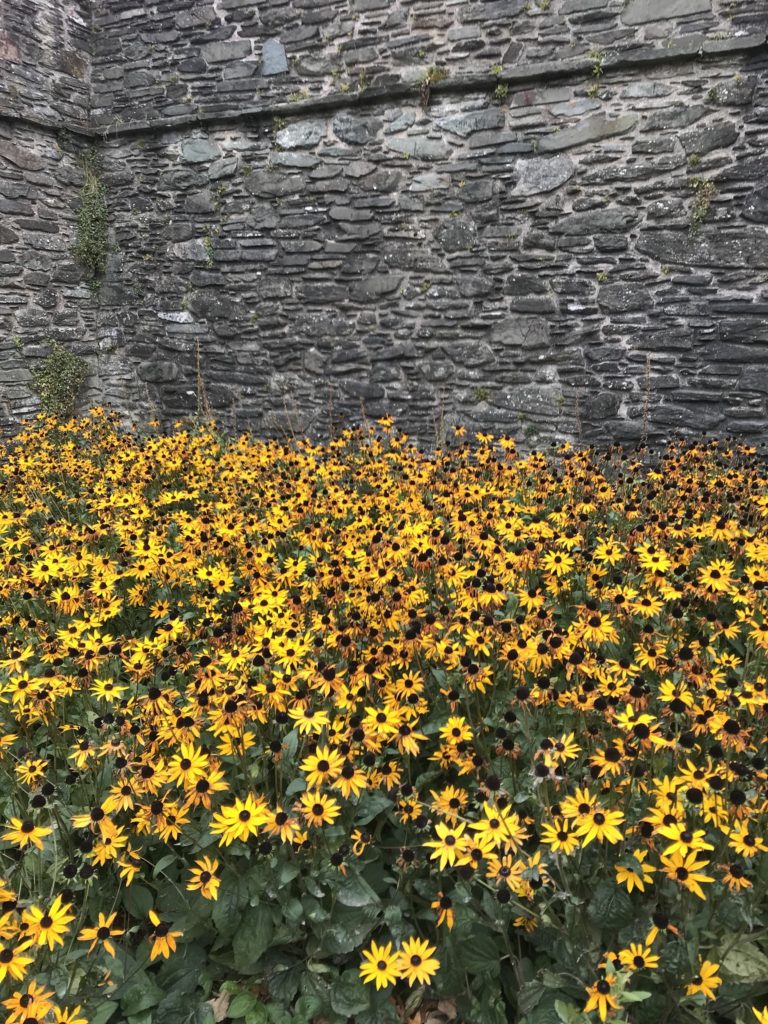